We here at the ol’ Nerdist editorial offices (both virtual and real) are incredibly excited to see Netflix’s upcoming live action Cowboy Bebop. And they’re really playing it close to the vest in terms of what we’re actually going to see. We know what the cast looks like, we know Yoko Kanno’s doing the score. We’ve even gotten to take a look at the opening credits. (And broken it down for you here.) But we still haven’t seen an actual trailer. And today is no exception. Netflix has not unveiled a full season trailer. What they have given us is “The Lost Session,” a brand new short featuring our heroes in search of a bounty.

In the short, we find Spike (John Cho), Faye (Daniella Pineda), and Jet (Mustafa Shakir) going after a bounty, beating up guys, and squabbling, and ultimately coming up empty handed. It’s pretty standard Bebop stuff. What the short does do, is play up the stylistic possibilities of a live-action version of an anime. Several times during the two-minute, 27-second video the characters will occupy a different panel with a different background and color scheme. Sort of like the pop-art style opening credits. But as they go along, one of them will break the fourth wall and toss, push, or pull the edge of the panel away, transporting the characters somewhere else. 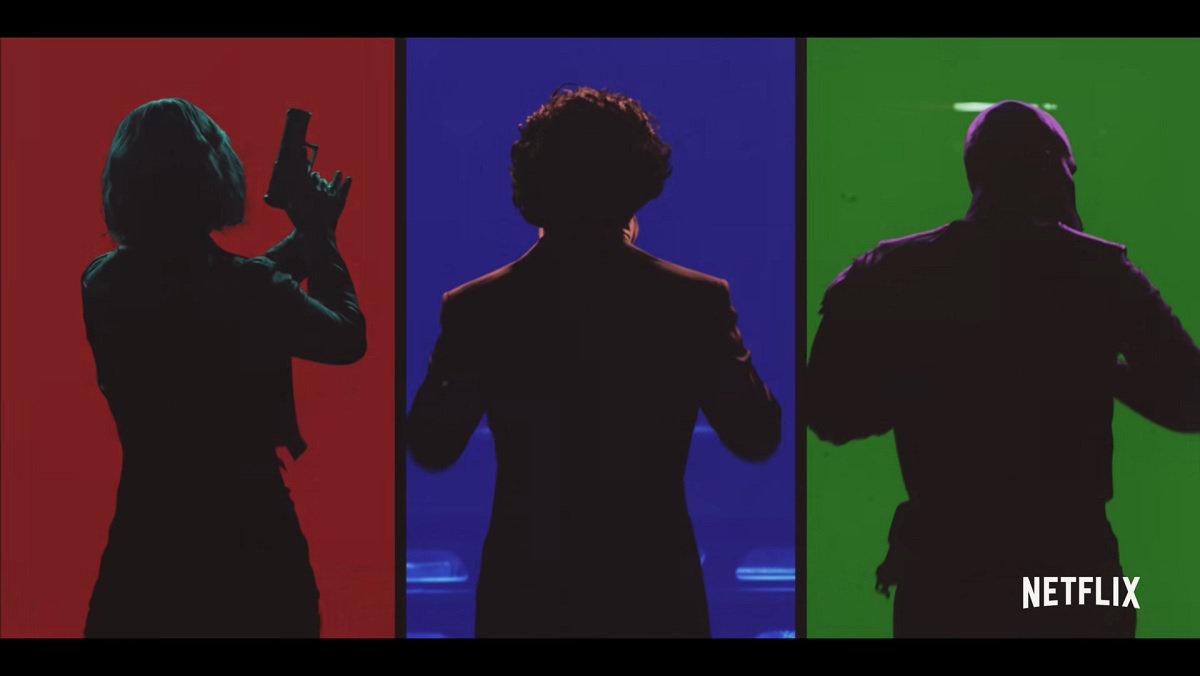 It’s a pretty cool idea… for a short. I honestly hope this is not what we’ll find in the actual series. This pace for action scenes is fine, but it would distract in a whole episode. A lot of the Cowboy Bebop anime has very slow and deliberate pacing, devoid of much sound or music. Great as the Kanno music is, the anime picked when to keep quiet. So I’ll just say, I’m not looking for Scott Pilgrim in my Cowboy Bebop. 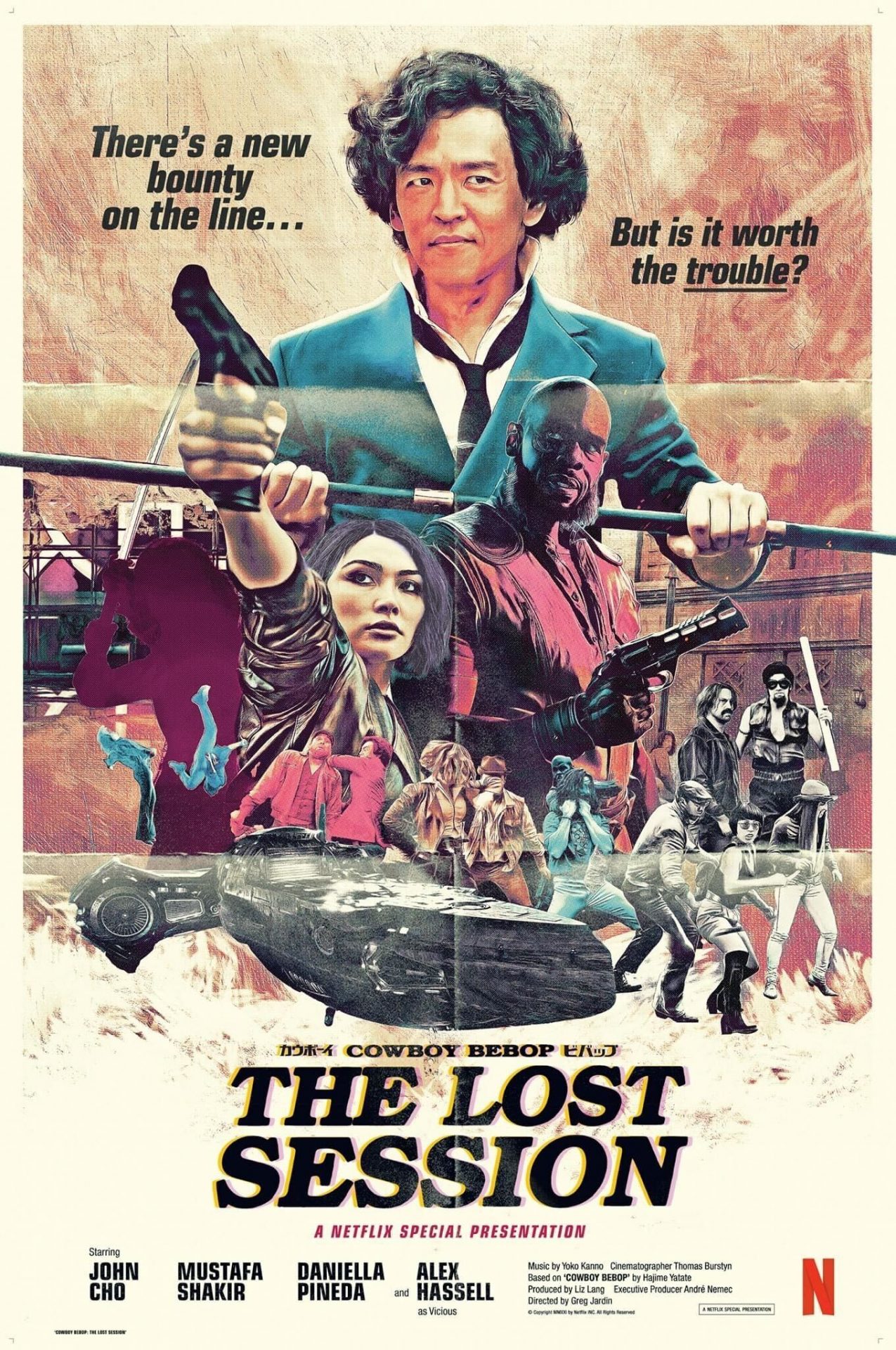 We won’t have that long to wait, at least. A real for-real trailer is supposed to come sometime soon. The 10 episode season will debut November 19.