Fans of bounty hunting, genre-defying, and acid jazz fusion have had a hard time keeping patient as the live-action adaptation of anime classic Cowboy Bebop has been delayed several times. The most recent delay had to do with some kind of global pandemic? First I’m hearing of it. Anyway, Netflix’s Geeked Week live stream finally gave fans the tantalizing first glimpse they hoped for… as well as a piece of super exciting news! The composer of the original anime’s earwormy, jazz-western-rock score, Yoko Kanno, is back composing the original music for this show!

Yoko Kanno, the composer behind the iconic soundtrack of the original COWBOY BEBOP anime will be creating the soundtrack for the new Live Action Series. Also confirmed...Cowboy Bebop is coming this Fall. #GeekedWeek pic.twitter.com/6lHZQcoFR6

As the brief promo proclaims, “There is no Bebop without Yoko Kanno,” and it’s hard to argue. The anime, for as groundbreaking as it was in 1998 in the visuals and storytelling, making it a true crossover hit, might not have had the universal appeal without Kanno’s music. Her music, performed by her band the Seatbelts, is some of the best soundtrack music ever written. From the series’ theme “Tank!” (which we hear in the video); to other timeless tracks like “Spokey Dokey,” “Piano Black,” and “Rain”; the whole thing is made of bangers. Probably why they’ve released something like seven or eight soundtrack albums. 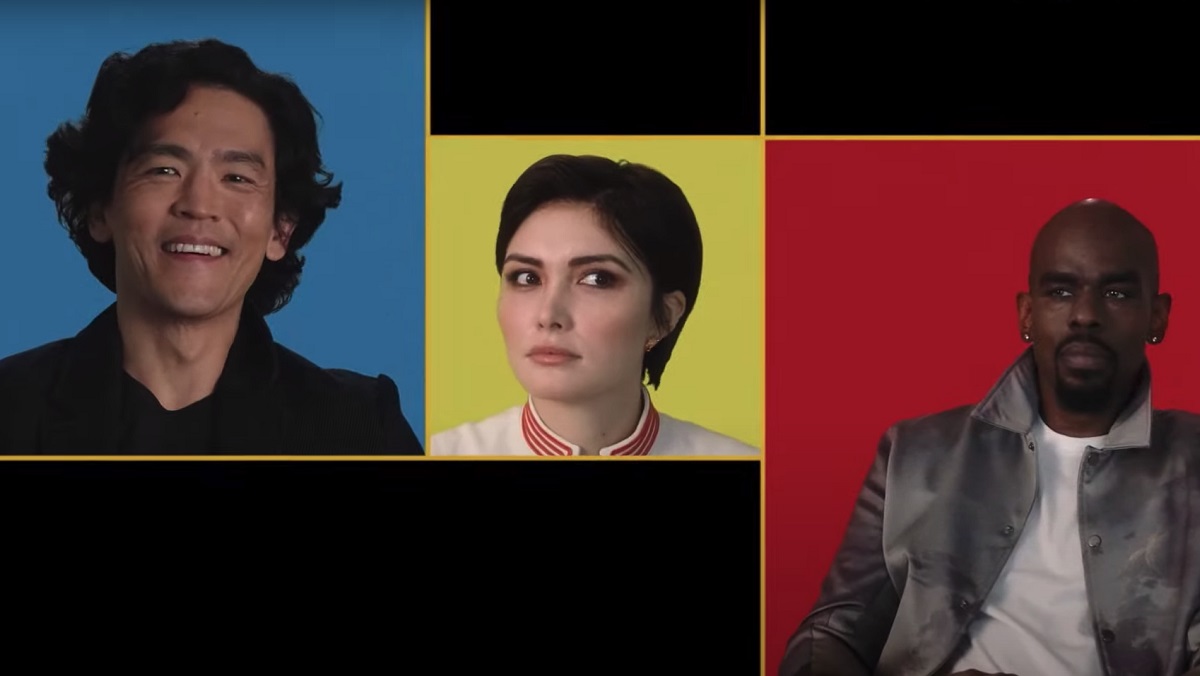 In addition to this exciting news, we also got our very first look at the character lewks of three of the main cast members. John Cho looks absolutely spot-on as Spike Spiegel with his trademark horizontal-flared hair. Could not have asked for a better realized version of the stoic bounty hunter. We also got to see Daniella Pineda in Faye Valentine get-up which thankfully looks more functional than they half-falling-off gear from the anime. And finally we see Mustafa Shakir’s Jet Black, and the Jet from the anime wishes he looked that cool. Obviously a bit younger take on the character, but no less awesome.

We had hoped for a trailer or something in-universe, but that’ll have to wait. Netflix knows how to keep our salivary glands nice and active. But we have nothing bad to say about the character looks and Yoko Kanno doing music is a blessing. Cowboy Bebop is coming, folks! So, let’s jam!