While it’s certainly a hard-fought battle, for my money there’s no better anime in the canon than  Cowboy Bebop.  A nearly perfect 26-episodes (and a movie), the series combined elements of space opera, spaghetti western, film noir, and kung fu flick. It added in some of the most compelling and beloved misfit heroes in recent memory to boot. Spike, Faye, Jet, Edward, and Ein are like family; each journey through the show is a happy reunion followed by yet another bittersweet farewell.

Part of the reason the show works so well is the amazing, nearly wall-to-wall music from composer Yoko Kanno and her acid jazz band Seatbelts. From the samba-inspired opening theme “Tank!” (3, 2, 1, let’s jam) to the high-octane ballad “ The Real Folk Blues” over the end credits, each episode slaps with some of the most infectious tracks ever put on TV. Now you can listen to a 46-song playlist of all of Kanno’s best and most memorable Bebop music in an official Spotify playlist ( h/t Polygon).

There are some truly outstanding tracks in this playlist, combining music from several of the original soundtrack albums. (Each of those is also streaming on Spotify.) A personal favorite is “Bad Dog No Biscuits” from the series’ third episode. It’s a raucous and cacophonous upbeat number, perfect for the caper of chasing Ein the Data Dog throughout a city. Another favorite of mine is “Piano Black” which has such a cool beat, mixing industrial rhythm and basic piano jazz. 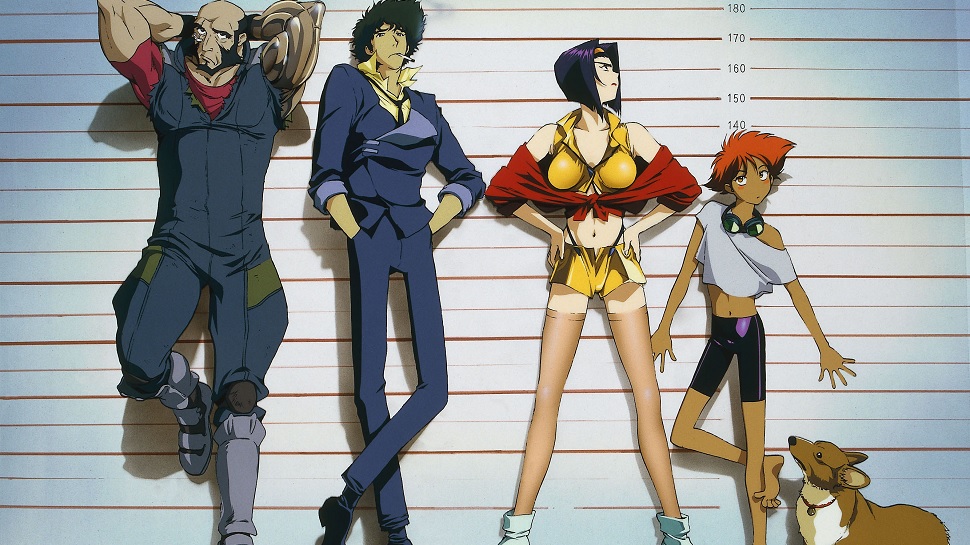 If you’re a fan of the series, you’re no doubt already a worshiper at the altar of Yoko Kanno; her other anime scores include heavy hitters like Escaflowne, Ghost in the Shell: Stand Alone Complex, and Wolf’s Rain. For most, the Bebop score is her crowning achievement and represents some of the most complex pieces ever written for screen.

Let us know your favorite cuts from the Cowboy Bebop soundtrack in the comments below!