Comparing the Sizes of Fictional Planets

Want to know how the Millennium Falcon compares in size to an Imperial Star Destroyer? Just watch a Star Wars movie. But if you want to know how that hunk of junk compares to the Battlestar Galactica, go to Alvaro Gracia Montoya’s YouTube channel MetaBallStudios. He’s behind one of our favorite online series. From famous aircraft and vehicles, to watercraft and monsters, his videos provide a visual perspective on the true scope of fictional places and things. From the impossibly small to the unfathomably big. Now he’s back with another one. This time, he sized up fictional planets from across all of pop culture.

This video takes viewers on a long journey from the diminutive Speck of Horton Hears a Who (diameter 0.9 mm) all the way up to the incomprehensible Dyson Sphere of Star Trek (200,000,000 km). In between is a seemingly endless string of fictional planets, both notorious and obscure. I don’t care how nerdy you think you are. If you are totally familiar with every planet included here, you are a super computer.

As many planets as he included, Montoya says this comparison video is incomplete. He omitted places like the MCU’s Xandar and Avatar‘s Pandora “due to lack of information or impossibility of measurement.” Marvel and James Cameron should really reach out to him. 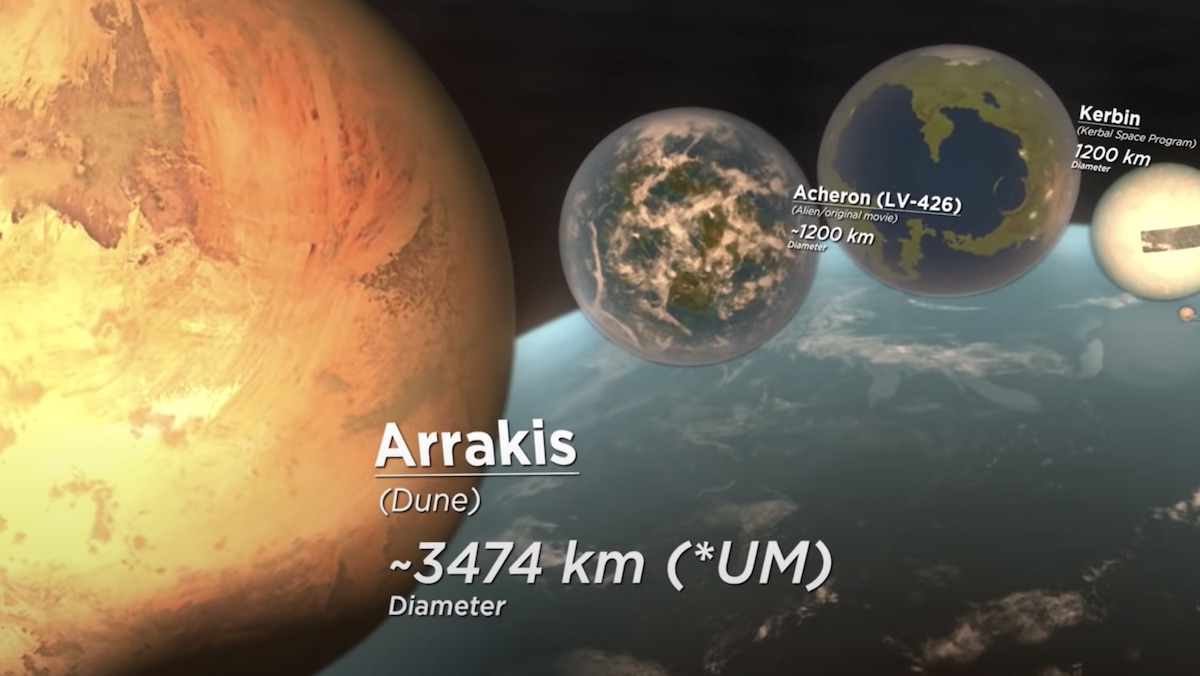 You can find all of the sources Montoya used to determine the diameter of a planet in the video’s description. He also provided a helpful key for fully understanding the accuracy of the video. Each locale includes a notation to indicate just how confident he is in the sizing of each planet. The symbols mean:

But it doesn’t matter if a planet is marginally bigger or smaller than they’re shown to be here. And not just because they’re fictional. These videos help us appreciate our favorite stories by grounding them with a perspective we wouldn’t have otherwise. Not unless the Millennium Falcon is going to do a fly-by in every piece of pop culture.