Coming 2 America tells a few different stories in one film. First, there’s Akeem becoming a King, and grappling with the one thing that many men fear: becoming just like their dad. Then, there’s his son Lavelle who’s trying to navigate his new life in Zamunda without losing himself in the process. Their stories are obviously the crux of the film; but the women and girls play some key roles in this comedic tale.

I admittedly have mixed feelings about the film overall, but I do like many of its female characters. They are the reason that Zamunda continues to blend more innovation into tradition. Lisa (Shari Headley), Mary (Leslie Jones), Mirembe (Nomzamo Mbatha), and Akeem’s daughters provide some of the best moments of camaraderie, wisdom, and hope throughout the film.

In a Coming 2 America press conference, several actors affirmed the notion that women truly reign in this film. “If you look at the movie from [Mirembe’s] character, to [Akeem’s] daughters to his wife to his mom…that was it for me,” said star Tracy Morgan. “In this world, we’re not here without the Black woman.” 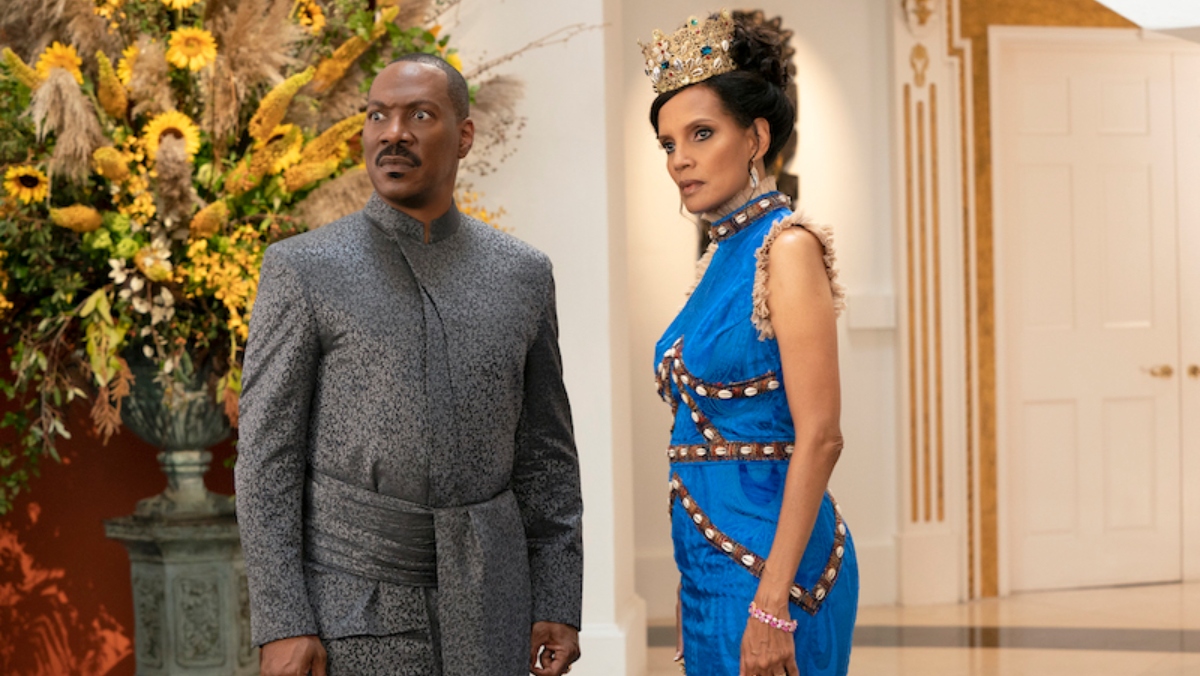 Fans fell in love with Lisa McDowell over 30 years ago in Coming to America. She was the classic love interest in a man’s story; however, she was also a fully realized character with her own goals, motivations, and opinions. She let her father know that he couldn’t make her life decisions and later dumped Daryl for being Daryl. Lisa also initially refused to marry Akeem because he lied to her about his true identity. We assume that Akeem’s parents had a conversation with her before she shows up at the wedding; but Lisa is still the one who had to make the final decision to become a Zamundan princess.

Coming 2 America catches up with her as Queen Lisa Joffer. Thirty years of royal living hasn’t changed her personality at all. Throughout the film, she pushes back at Akeem’s determination to stay true to tradition and not allow his eldest daughter Princess Meeka to be next in line for the throne.

“What happened to you Akeem? You were supposed to change things. You were supposed to bring this kingdom into the 21st century. But instead, you push our daughter aside, someone who has dedicated her life to this country. And because she’s a woman, she can’t be your heir?”

Lisa reminds him that he’s essentially a hypocrite who himself rejected tradition when he chose to marry her…right before she kicks him out of their bedroom. Zamunda is still quite the patriarchal country with strict rules about what women can and cannot do. It’s honestly not a stretch to think about Zamunda having leaders who say they will make major changes but ultimately do little once they are in power. Hello, America and many real-life countries in the world.

But Lisa knows that she still has power. Like Akeem’s mother, who isn’t in Coming 2 America due to actress Madge Sinclair’s death in 1995, Lisa strikes emotional nerves with her husband. She can be candid with him in ways that others are afraid to. Her disappointment in his choices causes him to finally wake up and do what’s right for Zamunda and his family. Akeem changes the law so Meeka can become his successor and make even better strides in the future. 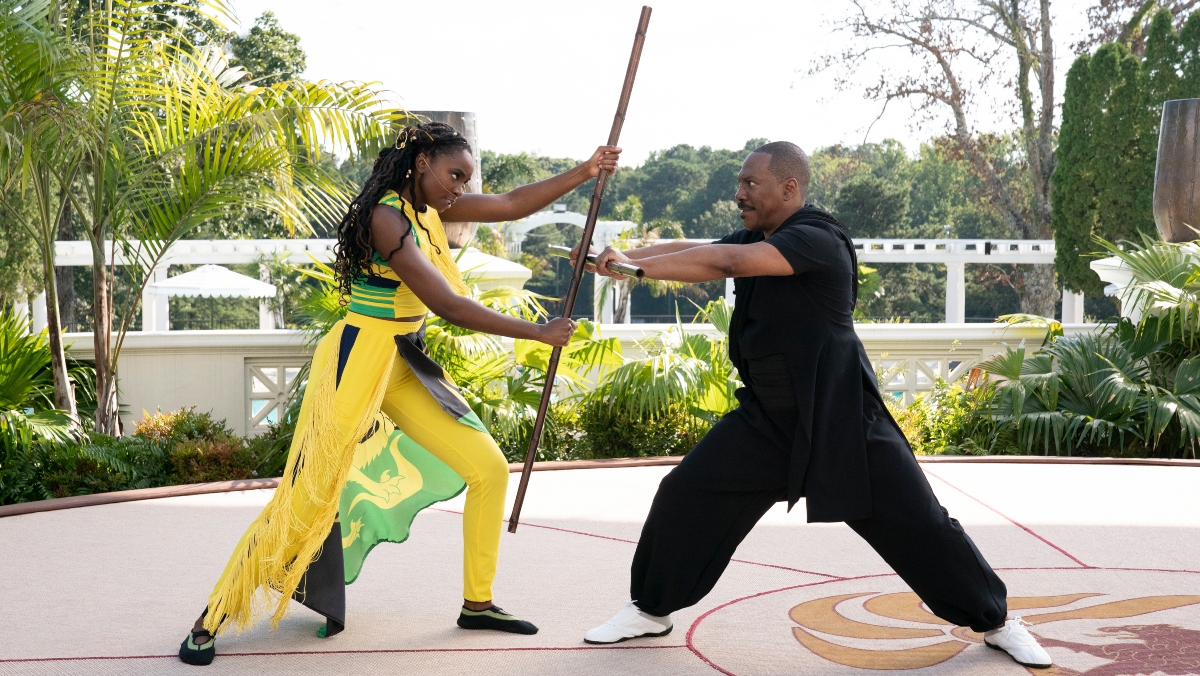 Lisa’s fervor shows up in her three daughters Meeka (Kiki Layne), Omma (Bella Murphy), and Tinashe (Akiley Love) and their roles in the kingdom. All three of these are poised princesses but also skilled warriors who defend Zamunda from an infiltration in their father’s absence. Murphy said this moment was especially important in the overall Coming 2 America narrative and for her.

“It was really cool to play a character like that because I just felt so empowered,” Murphy said. “I feel like the story shows how women can do just as much as men, and if not, they can do it even better.”

Princess Meeka is upset about laws preventing her from assuming the throne; however, her leadership qualities and loyalty to Zamunda supersede her frustrations. She wants what’s best for the people, even if future leadership must come through Lavelle. Her sisters join her in this plight for the greater good of their futures.

Soon enough, Meeka and Lavelle’s tension comes to a head; but ultimately, connect over people writing them off just because of who they are and their places in the world. They don’t necessarily become best friends, but there’s a mutual respect and understanding that speaks volumes. Outside of her relationship with Lavelle, she puts her life on the line for Zamunda, crafting a plan to defend her country from a major foe. She’s what a modern ruler should be—clever, bold, decisive, and incredibly loyal. It would honestly be great to see a Coming 2 America sequel that focuses on her life after she assumes the crown. 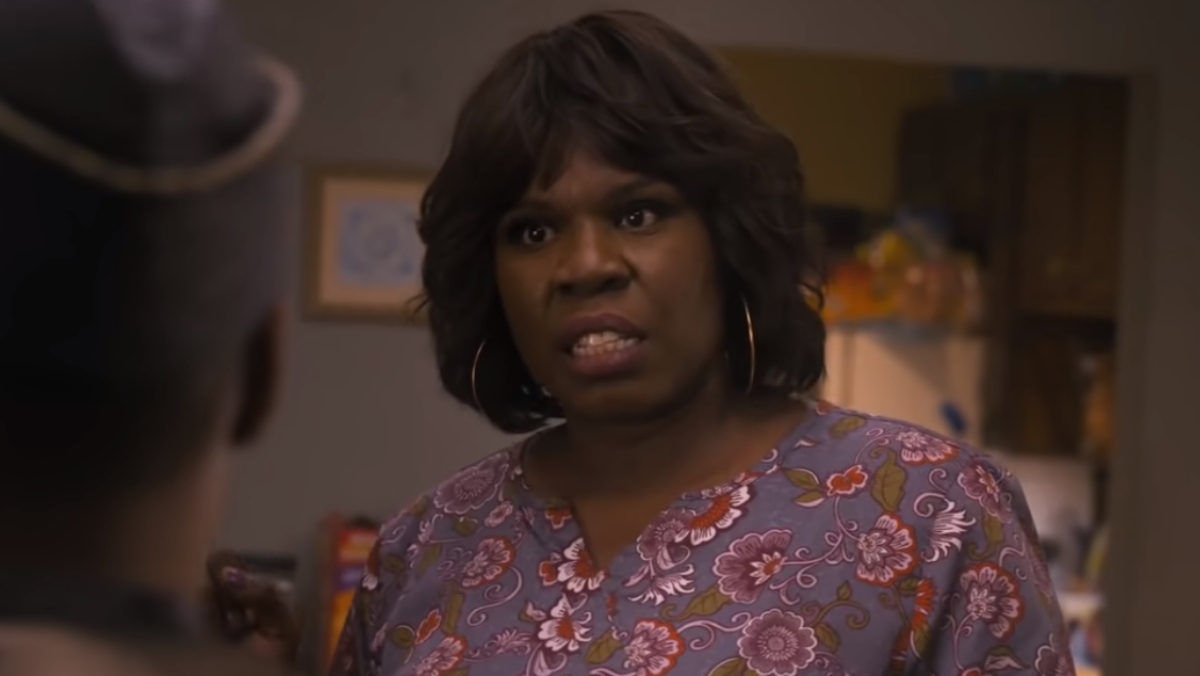 In fact, Lavelle owes a lot of his growth to the women around him.  The most important of these influences is his mother Mary. She’s unapologetically herself, a woman from Queens whom many people would write off because of her personality. Lavelle refuses to leave Queens without Mary, who has taken care of him and been one of his best friends in Akeem’s absence.

But, Mary flips Zamunda on its head, getting her own (very hot) royal bather and building an unlikely friendship with Lisa. She helps Lisa “let her hair down” as they cackle and bond like two regular women. It’s clear that Lisa misses some aspects of America and desires authentic friendship, even if it comes through this very awkward blended family bond. When her son almost decides to walk away from it all and marry Mirembe in Queens, she supports him wholeheartedly. Ultimately, she wants her son to be happy and find purpose in life. Either way, she’s seizing the moment and having a few drinks. It’s the kind of fun any of us would have if our son suddenly became a wealthy prince.

Like his father, Lavelle finds love with someone who isn’t his arranged wife. Mirembe, his royal groomer, captures his heart with her honesty. In one scene, he opens up about his insecurities about fitting into this royal world while trying to be himself. She tells him the story of Prince Akeem and how he walked his own path and followed his heart. “Walk your own path,” she says. “Be not the prince of Zamunda. Be the Prince from Queens.” 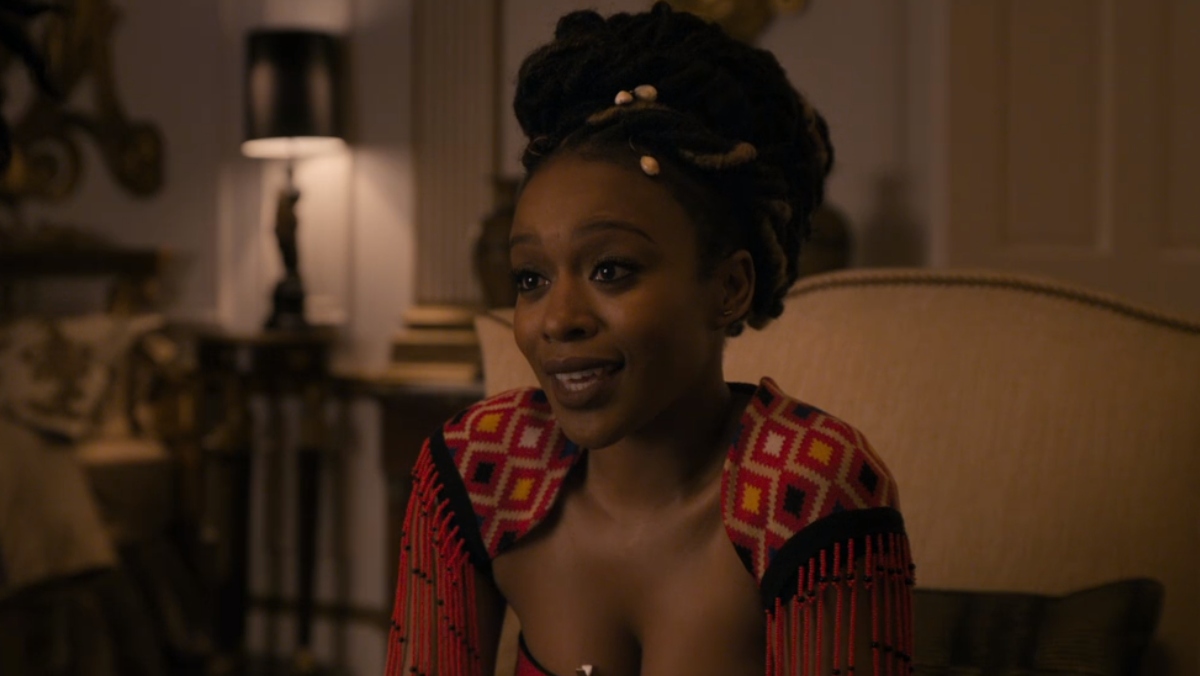 This inspires Lavelle to show up as himself versus trying to fit himself into a box. However, their relationship is mutually supportive, with Lavelle encouraging Mirembe to follow her dream to own a barbershop despite Zamunda’s restrictive laws. She goes with him to Queens for a quickie wedding but changes her mind at the altar.

She tells him that Zamunda is her home, convincing the “Prince from Queens” to head back to Africa. He becomes the country’s ambassador for US relations, thereby bridging the gap between his home and hers. We don’t get onscreen confirmation, but presumably Mirembe will own that barbershop business one day.

Of course, there are some Coming 2 America women who don’t fair quite as well in this story. There’s Bopoto, played by Teyana Taylor, whose storyline is basically the same as Imani’s (Vanessa Bell Calloway) from the original film. She dances and looks good but doesn’t have a mind of her own. Speaking of Imani, she’s still hopping and barking like a dog. Sigh. But, generally speaking, Coming 2 America‘s women and girls are the ones who really rule this world.