Amazon is bringing back some of our favorite comedy movies in 2020. First, there was Borat Subsequent Moviefilm. Next there’s the return of Coming to America, appropriately titled Coming 2 America. The film is a follow-up to the 1988 Eddie Murphy comedy about an African prince named Akeem who (you guessed it) comes to America searching for a queen. In Coming 2 America, Akeem learns he has a long-lost son who lives in Queens, New York. That forces him to return to the States once again. But the newest trailer for the movie focuses on what happens when his American son must adapt to his father’s African kingdom.

“Set in the lush and royal country of Zamunda, newly-crowned King Akeem (Eddie Murphy) and his trusted confidante Semmi (Arsenio Hall) embark on an all-new hilarious adventure that has them traversing the globe from their great African nation to the borough of Queens, New York—where it all began.”

Kenya Barris, Barry W. Blaustein, and David Sheffield wrote the film. And Craig Brewer (Dolemite is My Name) is directs. As we can see in the trailer, Murphy and Hall play multiple roles in the film, as per tradition.

It’s been more than 30 years since we last saw Akeem and Semmi onscreen together. That’s a long time to wait. Luckily, we don’t have to wait much longer for their return to screens. Coming 2 America arrives on Amazon Prime on March 5, 2021. 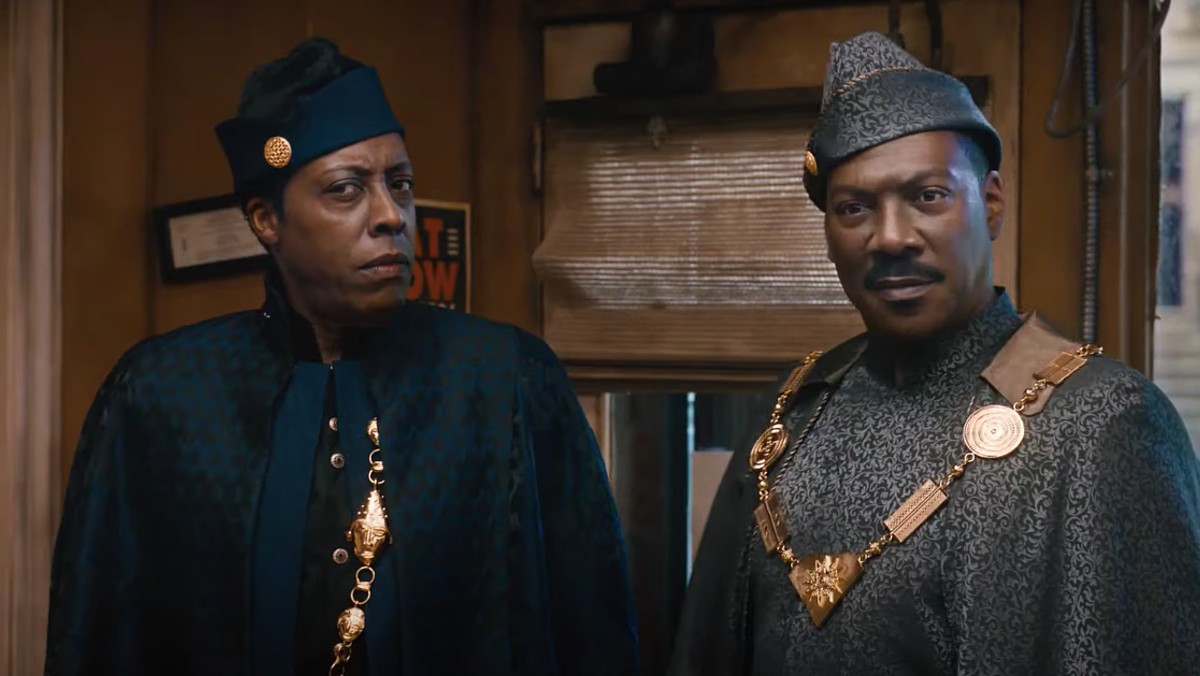