Jermaine Fowler on COMING 2 AMERICA and the Problem with Goals

Coming 2 America brings fans back into the lives of beloved characters like Akeem, Semi, Lisa, and the infamous Queens barbershop crew thirty years later. It certainly leans into nostalgia; however, this film aims to create a new saga with another generation of characters. Coming 2 America is just as much about Akeem’s son Lavelle as it is the new King of Zamunda. Lavelle is certainly like his father—charming, witty, and a fish out of water. But there’s much more to his story than laughs. He’s 30 years old and doesn’t have solid plans for his life nor career. And, his birthright laying a path at his feet doesn’t seem to improve the situation at first either.

Most people cannot relate to the pressures of assuming a throne but actor Jermaine Fowler believes Lavelle’s story will strike an inspiring chord with viewers of all ages. The comedian and Coming 2 America star spoke with Nerdist about celebrating the small wins, bringing Lavelle to life, and appreciating his pre-COVID filming experience. 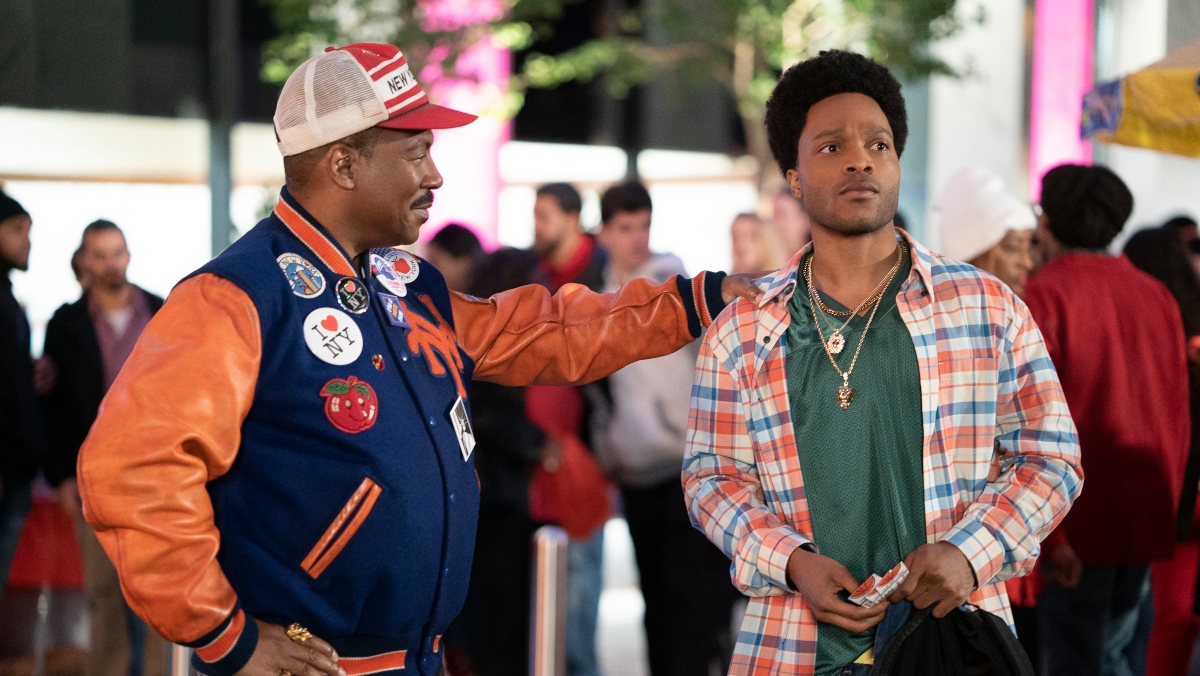 “Right now, people are questioning what their purpose is in life,” says Fowler. “That is Lavelle, who is hopping from job to job, trying to figure out what he truly wants to do with his life until Hakeem shows up and tells him that he is going to be the heir to the wealthiest country in the world. [But] instead of him feeling like there is a sense of responsibility there, he sees it as a vacation. And it isn’t until he starts to incorporate his family and this positive circle that’s around him that he starts to realize what he’s supposed to do. And I think we should really embrace that. There are people who are placed in our lives for a reason, positive or negative. They’re supposed to get us to a certain point in our lives and we learn from those relationships.”

In the film, Lavelle’s relationship with his mom and uncle informs how he shows up in Zamunda. He infuses his life and choices with his own unique style and perspectives while honoring certain traditions. It’s a very “like father, like son” sentiment considering Akeem’s determination to buck his country’s arranged marriage precedent.

It takes Lavelle a while to understand his strengths and realize his goals; but, it’s a journey worth having because he grows through (and celebrates) his wins and losses. Lavelle’s story certainly goes in directions that viewers won’t expect but the journey is great. Fowler relates this to his own life as he set his career milestones. 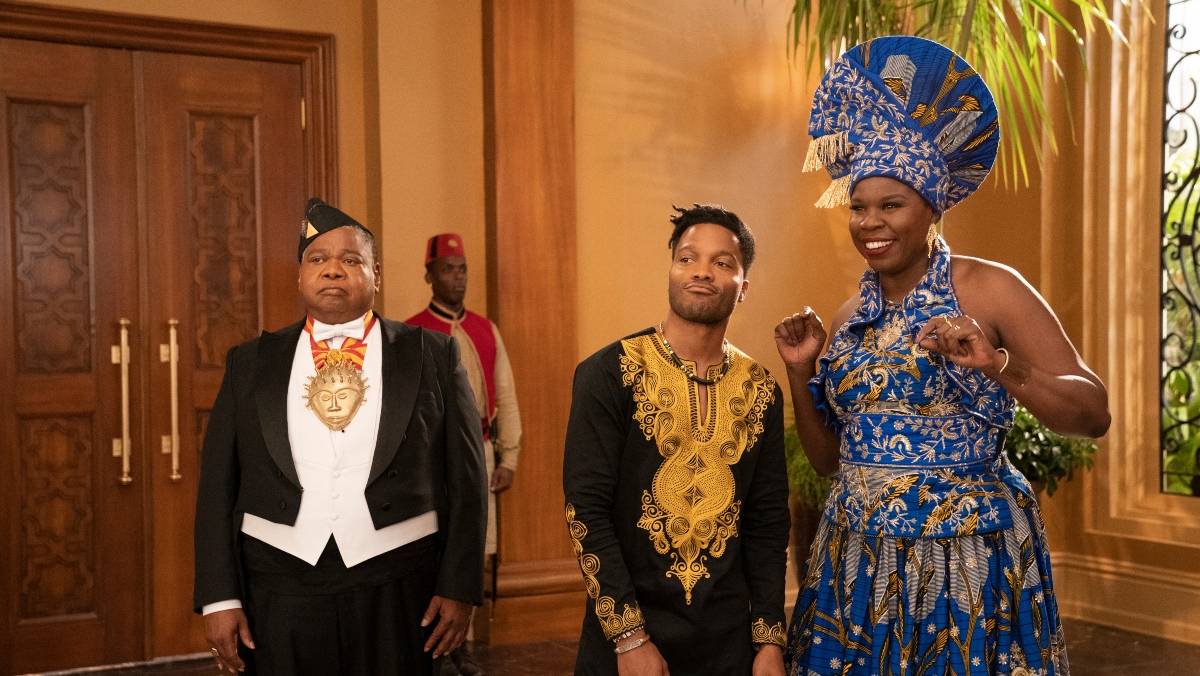 “When I was younger and first starting off in stand-up, I had epochs that I wanted to hit,” Fowler states. “By 2011, I want to do Conan O’Brien. And by 2012, I want to be in action comedy and all these things. It’s good to have goals, always have goals; however, the issue with them is sometimes you forget to really be present, to be in the moment, to really appreciate small wins here and there. It’s okay to say, ‘I’m proud of myself.’ It’s okay to pat yourself on the back sometimes. And if you don’t meet the actual goal that you want, there are still moments that you can take and really learn from.”

Fowler’s been in the industry for a while; however, landing a role in Coming 2 America is something that most entertainers can only dream about. It gave him a chance to work alongside his idol Eddie Murphy as well as comedy legends like Arsenio Hall and Tracy Morgan in the sequel to a film he grew up watching. This could make anyone feel a ton of pressure; but, Fowler came into the situation with confidence and a bit of improv genius. He also brought in his own ideas about Lavelle’s persona.

“I make sure the context for a character, even things that I made up that aren’t written down, are in the back of my head when I’m doing my lines or improvising,” he says. “Because even if you improvise, it’s worthless if you don’t know where the scene is going. You still have a movie to shoot. And I’m thankful to [director] Craig Brewer for being so open to a couple ideas that I had for Lavelle’s character, for certain scenes, for certain contextual things that I felt were important… As an actor, that’s the most fun you have, is to give context to a character, to bring the nuances to a character, and I definitely wanted to find those for Lavelle. And when Craig gave me that playground to experiment, it was off to the races. So I’m very appreciative that he let me do that.” 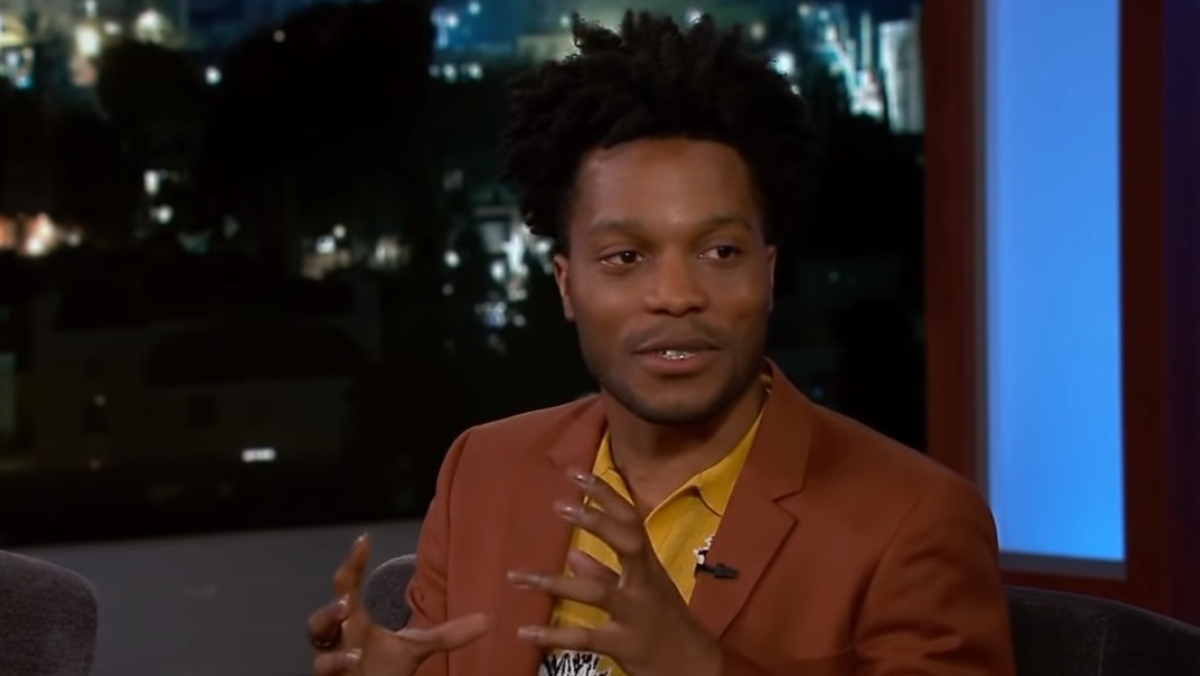 Coming 2 America didn’t get its initial release date in theaters in 2020 due to COVID-19. (The film will now debut on Amazon Prime Video on March 5.) But, the actual filming took place in the good ole days of 2019 prior to a global pandemic. You know, when people could breathe openly in a room with other people. Looking back, Fowler appreciates the chance to embrace his castmates as well as a few other famous people, too.

“Before COVID, it was a family reunion for a lot of us. Martin Lawrence and Will Smith had shown up on set because they were [filming] Bad Boys For Life next door at Tyler Perry Studios. I miss the ability to just show up in an affectionate way. Whether it’s dapping a brother up or really just having that connection with people I miss…I’m very happy that people are still finding ways to get around this and really build and make entertainment for people who are at home and are struggling or suffering. As long as we can make someone’s day brighter with comedy, or any piece of entertainment…I’m proud of myself and very happy for what I get to do.”

One thing is for sure: Coming 2 America will give people joy and laughter during a tough time. And, just maybe, Lavelle’s Fresh Prince-esque story from the streets of Queens to a lush Zamundan royal palace will inspire people to surround themselves with a good support system, be true to themselves, and enjoy the journey towards the next destination.