COME AWAY Offers an Inventive Take on Childhood Favorites (Review)

Childhood is such a formative and delicate time. That’s why many of us get wistful thinking about our own; we remember the innocence, the wonder, the fun. But hardships take their toll, and children have to grow up – or some do, anyway. Brenda Chapman’s Come Away, which premiered at the Sundance Film Festival 2020, shows us children on the cusp of growing up, fighting against it even as their world starts to crumble. It’s about the ways social norms can take away one’s sense of wonder, and how we can all live fairy tale lives if we try.

Chapman won an Oscar for Best Animated Feature co-directing and co-writing 2012’s Brave, the first woman to do so. After a long career in animation, she makes her live-action debut with Come Away. It plays out much like an animated fantasy at times, while still feeling largely grounded. Throughout the film, we see the children’s imagination manifest as real pirates, real fairies, real tumbles into magical realms. The actual reality—old wood, a tiny metal bell—fades in and out as the kids’ connection to fantasy wanes or waxes.

The film focuses on the three Littleton children: Alice (Keira Chansa), Peter (Jordan A. Nash), and David (Reece Yates). They live in a house in the woods with their parents Jack (David Oyelowo), a brilliant craftsman who makes model ships for wealthy people, and Rose (Angelina Jolie), who comes from a wealthy family. The children spend their days playing elaborate, imaginative games in between schoolwork. But when Rose’s aristocratic (coded: racist) sister Eleanor (Anna Chancellor) announces that David earned a spot at a prestigious boarding school where he’ll learn to be a “proper” gentleman, Jack is crushed. Their father is a recovering gambling addict who comes from a lower-class background. 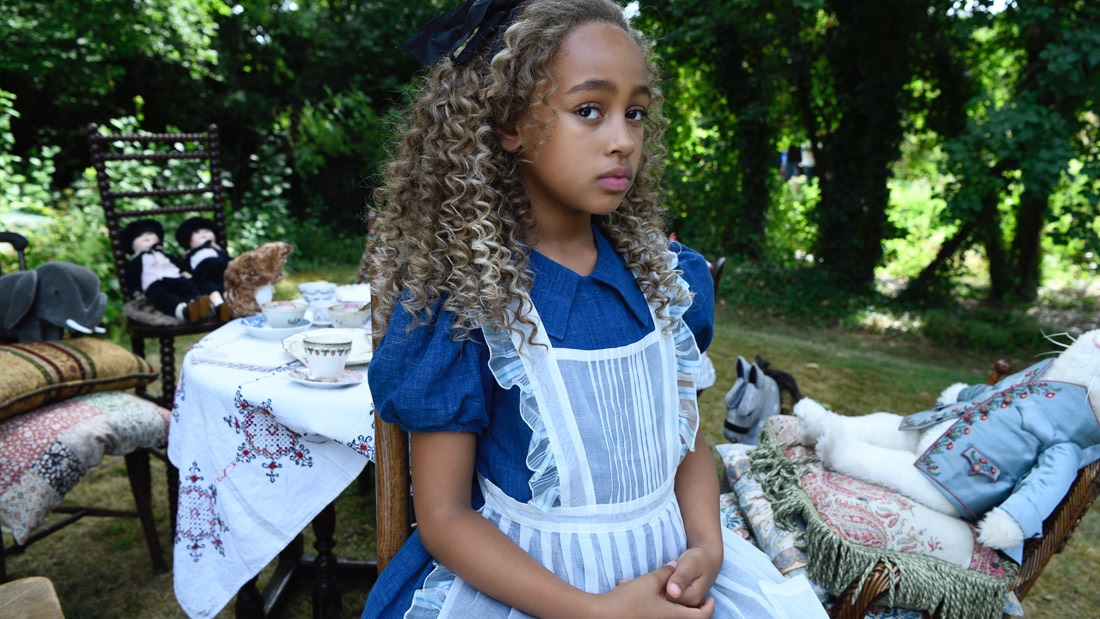 Endurance Media
From here, the Littleton children’s lives begin to change and Come Away asserts itself. Following a tragedy, Rose retreats to alcohol and despair while Jack resumes bad habits that reignite a debt to a London gangster. So it’s up to Peter and Alice to try to save their family; to do that they travel into London and enter a strange underworld which begins to bleed into their fantasy lives.

Marissa Kate Goodhill’s script very cleverly uses grave issues in the real world to hammer home iconography of some of the world’s most beloved children’s tales. Because this movie acts as an origin story of sorts for both J.M. Barrie’s Peter Pan and Lewis Carroll’s Alice in Wonderland, I worried it would feel contrived or hokey; but fortunately, the ultimate revelation feels well-earned and the parallels match up very nicely.

At a time when most family fare feels regurgitated or remade from past classics, it’s refreshing to see a movie like Come Away. It uses the trappings of very familiar things to tell a story of racial and familial prejudice, of hanging on to imagination, and of the power of myth. Hopefully it connects with a wider audience when it finally comes out.