When it comes to television detectives, few are greater than Columbo. From 1971-1978, Peter Falk’s intrepid investigator solved mystery after mystery on prime time. He always ended his investigations with his trademark catchphrase “ Just one more thing.” Most of his adventures featured Columbo investigating the crimes of someone wealthy and connected, only for him to prove that money can’t protect one from justice. (At least in fiction).

But what if Columbo wasn’t just a regular TV police investigator, but was instead an anime character? Well, thanks to YouTuber Alasdair Beckett-King, we now have an idea about what that would be like. In the video’s description, he simply said “My wife, she loves anime. This one is really short because animation takes ages (who knew?) and I had to watch 2 seasons of Columbo for research.” You can watch the short video right here:

Several classic anime tropes show up in this short. The sound effects, the quick cuts, the freeze-frame. The single drop of sweat. Even the bulging white eyes suddenly appearing out of nowhere. Where not sure what mystery Columbo was solving in this anime world. But we’re going to bet it was something really weird. “The Case of the Missing Charmander” or “Mystery Aboard the Bebop.” 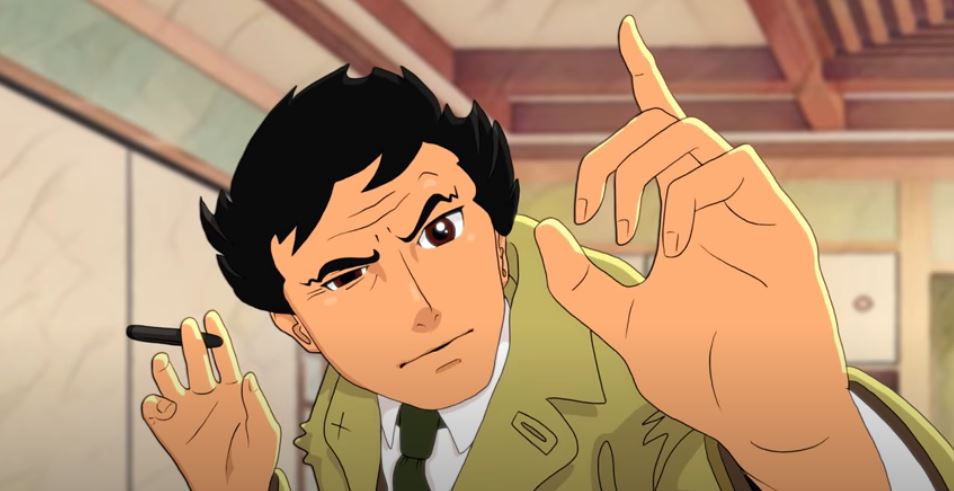 Hey, maybe in the anime world, Columbo actually has a first name. Yes, none of the nine seasons and ten specials stretching out into the early 2000s ever revealed Columbo’s name. Some rumors say it was “Frank,” but this has never been proven. Once, a character asked him his first name, and he just said “Lieutenant.” No one ever asks him again. Alasdair Beckett-King has a metric ton of other hilarious videos, like one accurately mocking every spooky mystery podcast ever made. And another very precisely lampoons Star Trek: The Next Generation. For more hilarious videos, head on over to Beckett-King’s YouTube channel.