Fallout from Cold War Nuclear Bomb Tests Is in Honey

During the Cold War, the US detonated 1,054 nuclear bombs in its own backyard as a part of its weapons testing program. And while it’s difficult to imagine that many nukes detonating in a single country, their residual effects are relatively intuitive; for anyone who’s seen Chernobyl, anyway. Which is why it’s not that surprising to hear there are trace amounts of nuclear fallout in Americans’ food. Specifically, their honey.

Science Magazine reported on this radioactive discovery, which associate professor of geology at William & Mary, James Kaste, outlined in a study recently published in the journal Nature Communications. Kaste, along with a team of freshman students at the college, began their work at the beginning of 2020 after hypothesizing the existence of trace amounts of fallout in US foods. Indeed, after an initial survey, Kaste and his students found radiocesium—a radioactive form of the element, cesium—in food. But only (relatively) significant amounts in honey. 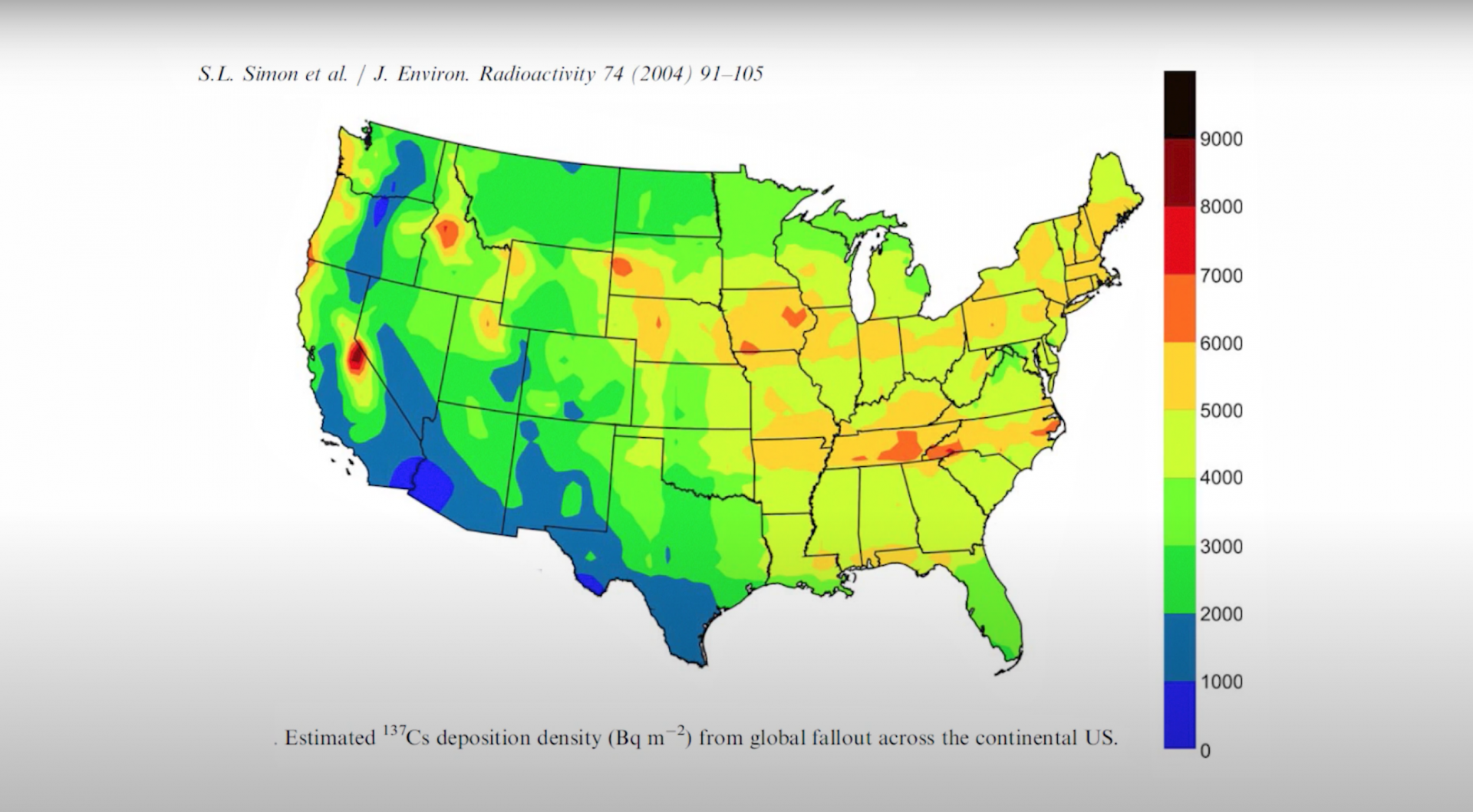 After identifying the radiocesium (or Cesium-137) levels in the honey, Kaste earned a research grant to investigate further. He and his students chose to focus on samples from states on the Eastern seaboard; as residual fallout—the residual radioactive material propelled into the upper atmosphere following a nuclear blast—is more concentrated in that part of the country. (It turns out that fallout, carried by wind, will concentrate in rainwater and then fall back to Earth. Meaning that dryer states that hosted testing actually now have less fallout than wetter ones that didn’t.)

Kaste says the radiocesium initially gets into the honey thanks to plants sucking it up from soil. It turns out that radiocesium is physically similar to potassium, and plants drink it up thinking that’s exactly what it is. Bees then collect pollen and nectar from the plants and carry it back to their hives; where they desiccate the collected stuffs, effectively concentrating their constituent sugars, proteins, etc. As well as the radiocesium.

Despite the fact there’s a relatively high amount of radiocesium in honey, Kaste assures everyone there are only trace amounts; meaning none of the very slightly radioactive honey is harmful. The study does show, however, that nuclear testing can be a threat to various species on Earth. Including bees, which are essential for human survival. For their future and ours, hopefully we can hold off on nuclear bomb test 1,055 forever.