The Horror and Catholicism of the Coffin Joe Trilogy - Nerdist

The Horror and Catholicism of the Coffin Joe Trilogy

Horror as a genre is always a response to the real life culture and social happenings of a particular time and place. Slasher movies in the ’80s reflected the conservative surge in the US at the time. The giallo in Italy made the most of a post-fascist loosening of censorship. And horror made in Spain during the regime of Franco had to specifically depict other countries as the source of fear and derision. Cultural context for horror is maybe the most fascinating part of studying those trends, and perhaps none is as fascinating as the “ Coffin Joe Trilogy,” a trio of Brazilian horror movies using the country’s staunch Catholicism to its advantage. 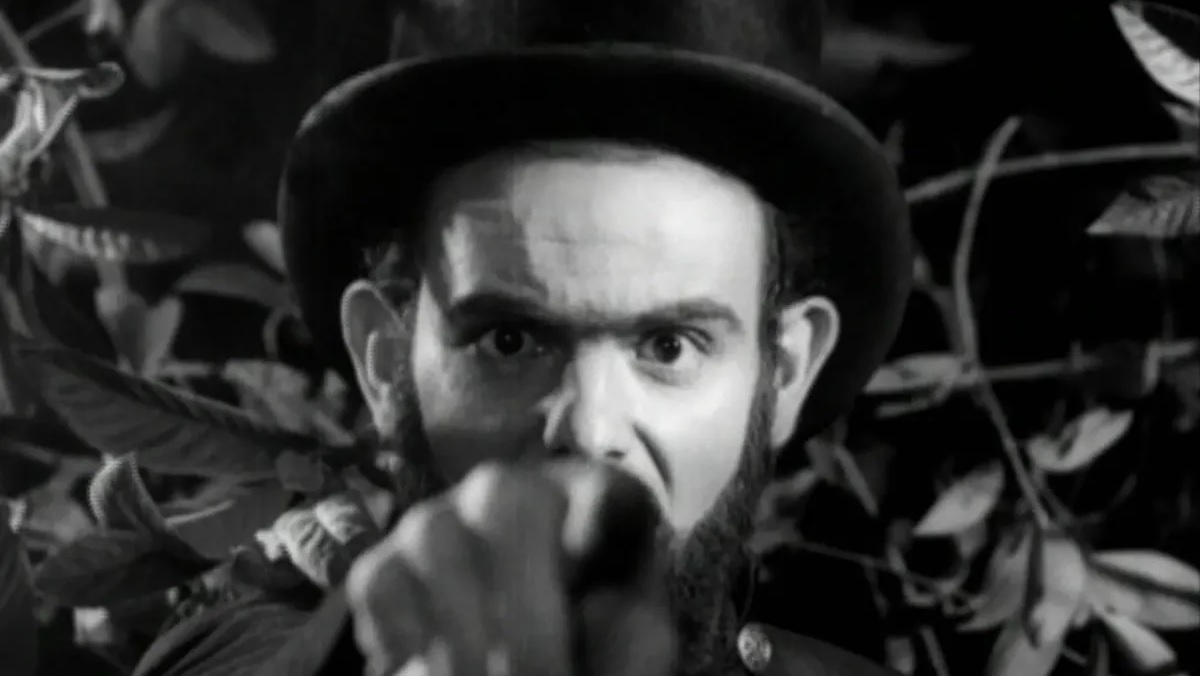 Coffin Joe, an English translation of his Portuguese name Zé do Caixão, is the creation and persona of Brazilian writer, director, and actor José Mojica Marins. The character is an undertaker who terrorizes communities with his penchant for violence and belief that his own bloodline is perfect and must be continued through impregnating the perfect woman to bear him a son. Coffin Joe wears a black suit, cape, and top hat, and has a thick beard and grotesquely long fingernails.

Though he only appeared in three official movies, Marins appeared as Coffin Joe in several other movies, three television series, various music videos, and even had his own comic book series. He’s generally considered “Brazil’s National Boogeyman,” which is quite the feat. But what makes Coffin Joe so interesting is not his look, but his attitude. In a country as religious as Brazil, its his Nietzschean and atheist beliefs that make him so terrifying, and it’s always through Catholicism that he is defeated.

The first appearance of Zé do Caixão came in Marins’ 1964 movie At Midnight I’ll Take Your Soul, the very first horror movie produced in Brazil. The townsfolk hate Coffin Joe for his atheism and violent ways, but they fear him for his strange physical prowess and allure. The movie begins with Joe delivering a monologue directly to camera:

This immediately stands in stark contrast to one of the major tenets of Catholic Christianity. Death is not, for Catholics, the end of life. Belief in God is life everlasting. The blood, in Coffin Joe’s worldview, and specifically perpetuating his “superior” blood is the key to immortality.

Throughout the movie, he beats, maims, and kills various people and takes women into his grasp as possible vessels for his superior blood. The proper authorities continually attempt to punish him through the laws of man, but he evades prosecution. Eventually, he does meet his end not by angry villagers, but by the apparitions of his victims returning to banish him to Hell. 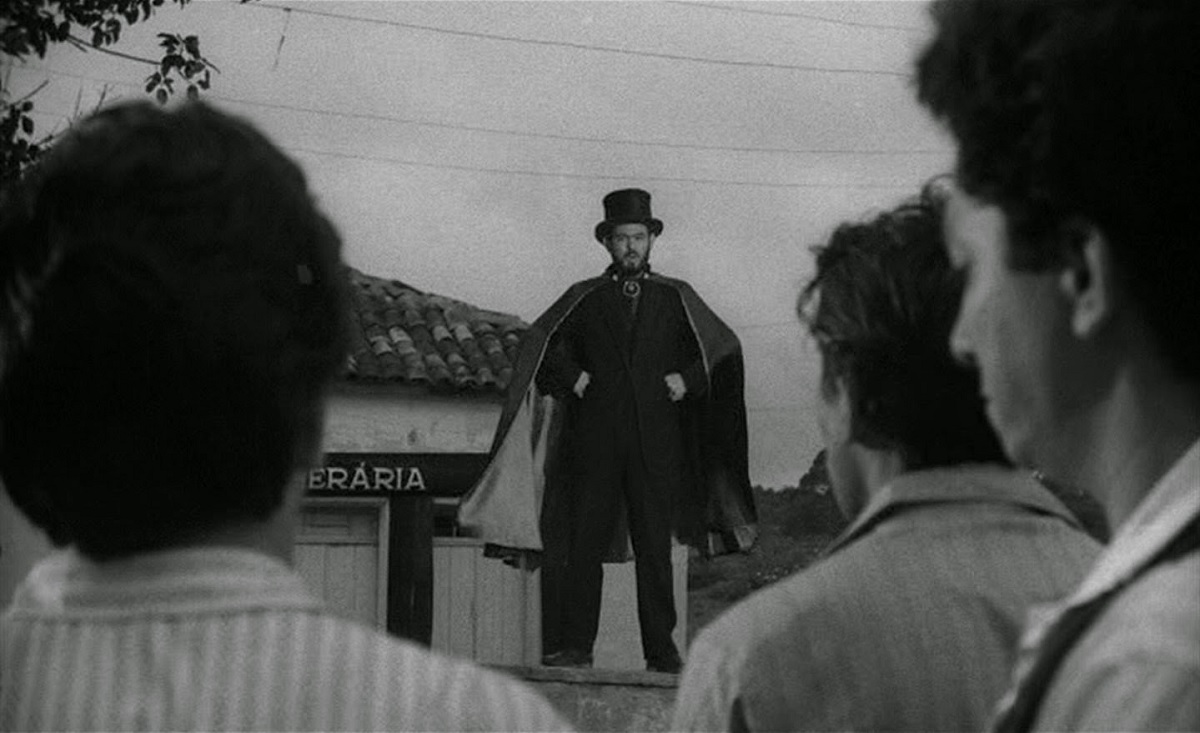 Many horror monsters, specifically vampires, use demonic or Satanic imagery, and crosses and holy water—instruments of Catholic God—are the tools for their destruction. But Coffin Joe is specifically not a disciple of the devil. In the 1967 sequel This Night I’ll Possess Your Corpse, Marins presents Joe as an enemy of both God and Satan, equally. He’s an atheist, he doesn’t believe in any of that. Catholics believe in the devil and Hell; they are the punishment for wickedness. But Coffin Joe thinks it’s all ridiculous and simple-minded.

We find out at the beginning of the movie that Coffin Joe did, in fact, not die at the end of the first film. After a lengthy stay in a hospital, he goes back to his wicked ways, even more determined to find the perfect woman to bear him a son. He kidnaps several women and subjects them to horrible torture, looking for the one who will show no fear. Apparently fear is not superior. He feeds the ones who scream to venomous snakes. 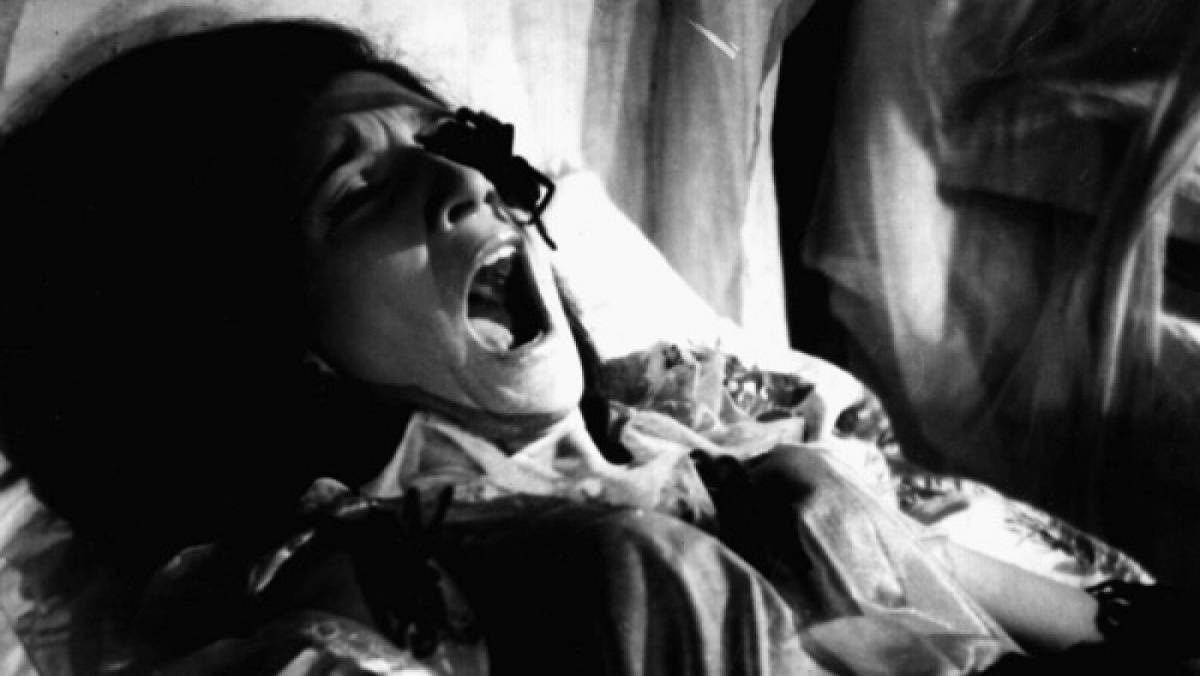 Eventually, Joe finds a woman, Laura, who shares his belief in “continuity of blood” and begins an affair with her. He, naturally, kills all of her family who stand in their way. Laura becomes pregnant, but a complication means only one, she or the baby, will live. They both agree that the child should live, but the surgery fails and both Laura and the son die.

What’s particularly fascinating about This Night I’ll Possess Your Corpse and its relationship with religion comes about halfway through the movie. Joe learns that one of the women he fed to snakes was pregnant, and he feels guilty. Even a sadist like Coffin Joe knows children are the key to continuity of blood. That night, he has a vivid nightmare—in color!—of his trip to Hell, where he sees the torture that awaits him. At the end of the movie, after a townsperson shoots him, a priest comes to him and begs him to repent and accept Jesus into his heart, which he does just as he dies.

Even more so than the first movie, the second movie is all about the need for Catholicism and belief. God and the Devil essentially team up to thwart Coffin Joe at the end of the movie. Coffin Joe therefore becomes both the monster and the victim in this instance. He’s a horrible murderer, but even he cowers at the might and majesty of Christian deism.

After a 40-year hiatus, Marins wrote, directed, and starred in the final official Coffin Joe movie, 2008’s Embodiment of Evil. It finds Coffin Joe, who again didn’t actually die, released from a maximum security asylum through legal kerfuffling. Forty years away from society means Sao Paolo has changed dramatically. More people are atheists, living hedonistic lives. Coffin Joe still wants to find a perfect woman to bear him a son, but now he has many acolytes willing to help him, and many women who want to be his chosen bearer.

Embodiment of Evil is not nearly as good or interesting as the earlier films, in my opinion. Given that it’s 2008, the Gothic atmosphere of the ’60s films are largely gone and we instead have over-the-top gore, copious nudity, and a general heavy metal vibe. Even still, however, Marins reflects the changing attitude of the time. Not only are the ones who oppose him now all the older generations and a militant young priest, but they’re all direct victims of his past crimes. No more is the mere sin of his beliefs enough to damn him. If anything, the perceived piety of those against him is the crime. 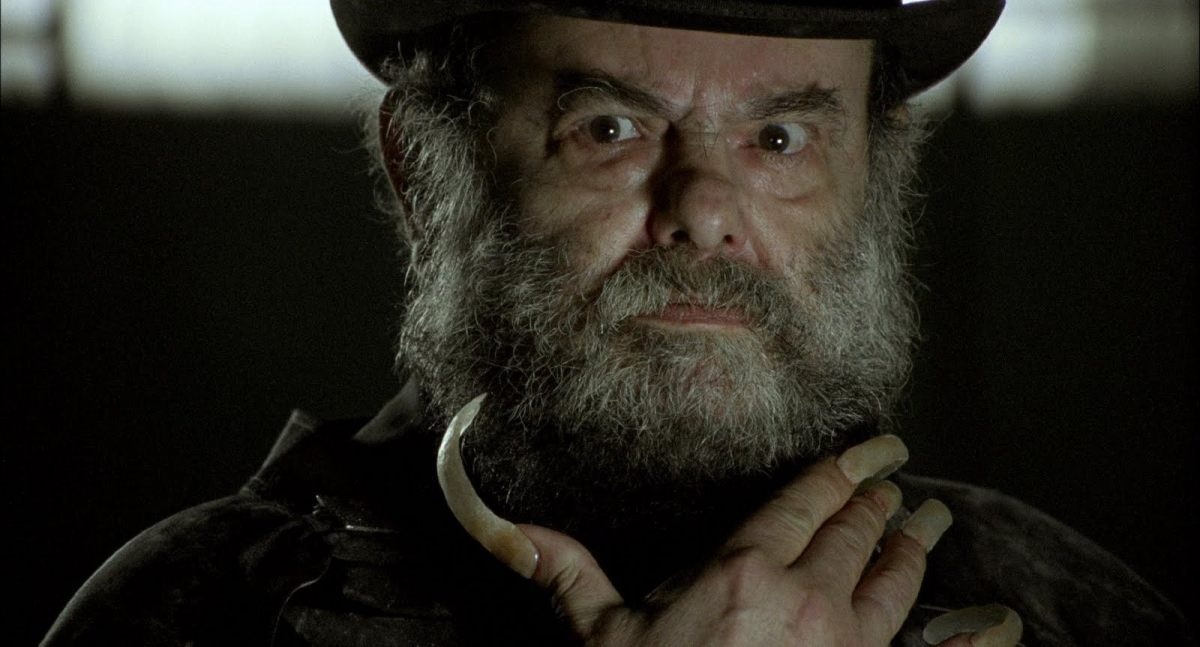 It’s also the only one of the three movies where Coffin Joe succeeds. Yes, he dies (he always dies), but his efforts to continue his bloodline come to fruition. The movie ends with eight of his potentials showing up to his grave, each pregnant. The implication is not that God will smite the wicked, it’s that the wicked will inherit the Earth.

José Mojica Marins passed away in February 2020, at the age of 83. He left behind a truly wild persona and a legacy of horror spanning nearly 60 years. The Coffin Joe Trilogy doesn’t represent the most strictly terrifying, nor the best made horror movies ever, but their point of view and iconography are so strong and singular that they deserve a place in horror history.