How MIDNIGHT MASS Reinvents One of Horrors Oldest Tropes - Nerdist

How MIDNIGHT MASS Reinvents One of Horrors Oldest Tropes

Vampires. They’ve been haunting the human psyche for millennia and are undoubtedly one of the most iconic monsters of our time. From Nosferatu through Bela Lugosi all the way up to the Lost Boys and even Twilight, each generation has their vampire. But in Mike Flanagan’s fantastic Midnight Mass, we get a reconsideration of bloodsuckers and their origins. And it just so happens to be one of the coolest and most inventive takes on vampire lore yet.

It all begins when Monsignor John Pruitt goes on a pilgrimage to the Holy Land. Wandering from the crowd, he loses himself in a cave, only to be saved by what he deems an “Angel.” That’s all we ever hear the bloodsucking, winged creature called in Midnight Mass. But to fans of Dracula and vampire fiction, it’s clear that we’re seeing a new kind of vampire story told. It hinges on one key and incredibly clever idea: that the Bible is in fact a text about vampires and Jesus himself was one. In that context, Monsignor Pruitt’s Angel is not an aberration but a Holy biblical creature. Pruitt is reborn as Father Paul, a reference to Paul the Apostle who changed his name after his conversion on the road to Damascus. How very fitting. 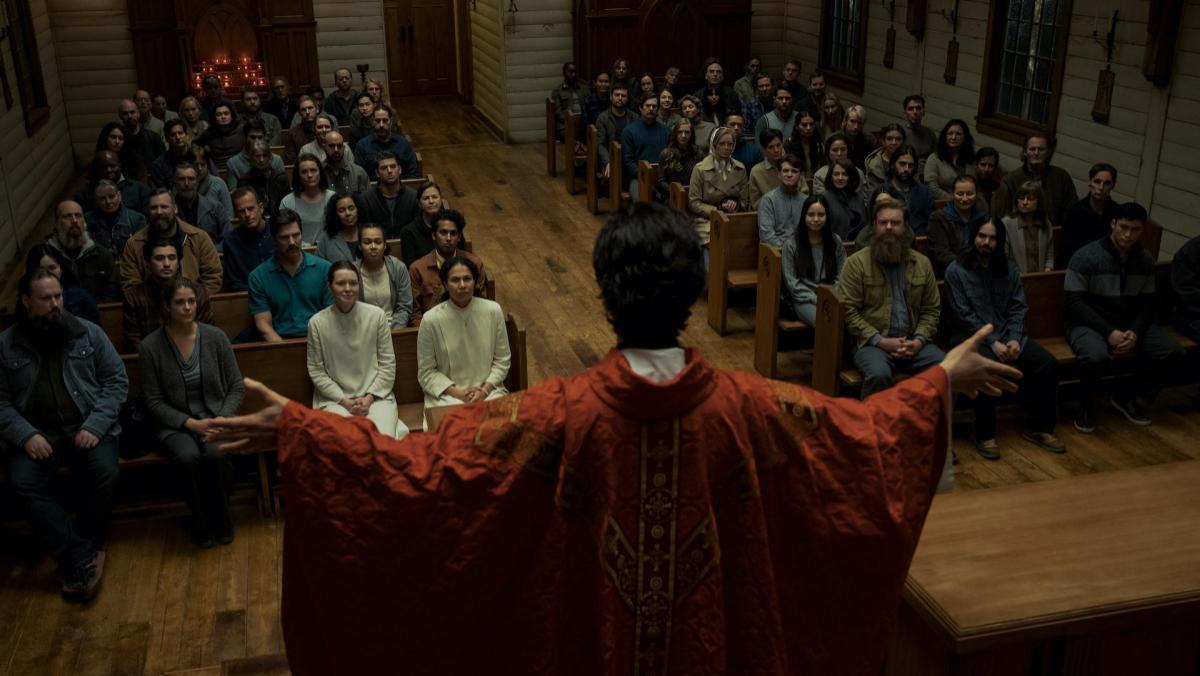 Midnight Mass uses our Angel—and biblical verses themselves—to present a version of the sacred text in which vampires are not only real but holy. While the show doesn’t reveal its hand until episode four, we’re given establishing hints this is the case. When Father Paul (Hamish Linklater) arrives on the island, he’s carrying a huge trunk. Anyone who’s read or watched Dracula will recognize that as a classic form of transporting a vampire across the sea. There are more subtle nods too, ones that seem almost unconscious, just normal representations of Catholic tradition that soon take on a much more sinister relevance.

Like any Catholic priest, Father Paul delivers mass. While this takes place, we always hear him deliver this passage from Matthew 26:27. In the Catholic church this is normal, but on Crockett Island and under the tutelage of Father Paul it takes on a different meaning. See, the inhabitants of the island are truly drinking the blood of the Angel. And Father Paul has begun to take Matthew 26:27 very literally. If the Angel saved him in the Holy Land by feeding Paul his blood, then surely that is what Jesus spoke of here too? It’s an impressively simple yet inventive reading of the text and one that resonates with anyone who has ever asked the question, “But why did Jesus want them to eat his flesh and drink his blood?” The passage also hints at the transformation that those who drink it will come to undertake.

Once you begin to think about the Bible through this context, it’s easy to make these connections. Jesus bringing Lazarus back to life—something Father Paul directly references—along with his own resurrection. How does a man who was dead come back to life? In the world and lived experience of Father Paul, he now has his answer: through the blood of an Angel. Why wouldn’t that be true of none other than Jesus himself?

While the word vampire is never uttered in the series, its influence is clear. Just like most vampire stories, it’s allegorical. The vampire represents fanaticism, blind unquestioning faith, cruelty, and the way small towns are drained by corrupt leaders. But it is also a literal vampire that lives or dies by Father Paul’s belief that the creature is holy rather than demonic. Looking to John 6:51, it’s not at all hard to understand why he believes that. During his time in the Holy Land, Monsignor Pruitt drank from an “Angel” and gained eternal life. It sounds awfully familiar—and while this could all be coincidence or a drastically bleak misreading of the text they live their life by—there’s at least one member of Crockett Island who is sure it’s a sign. 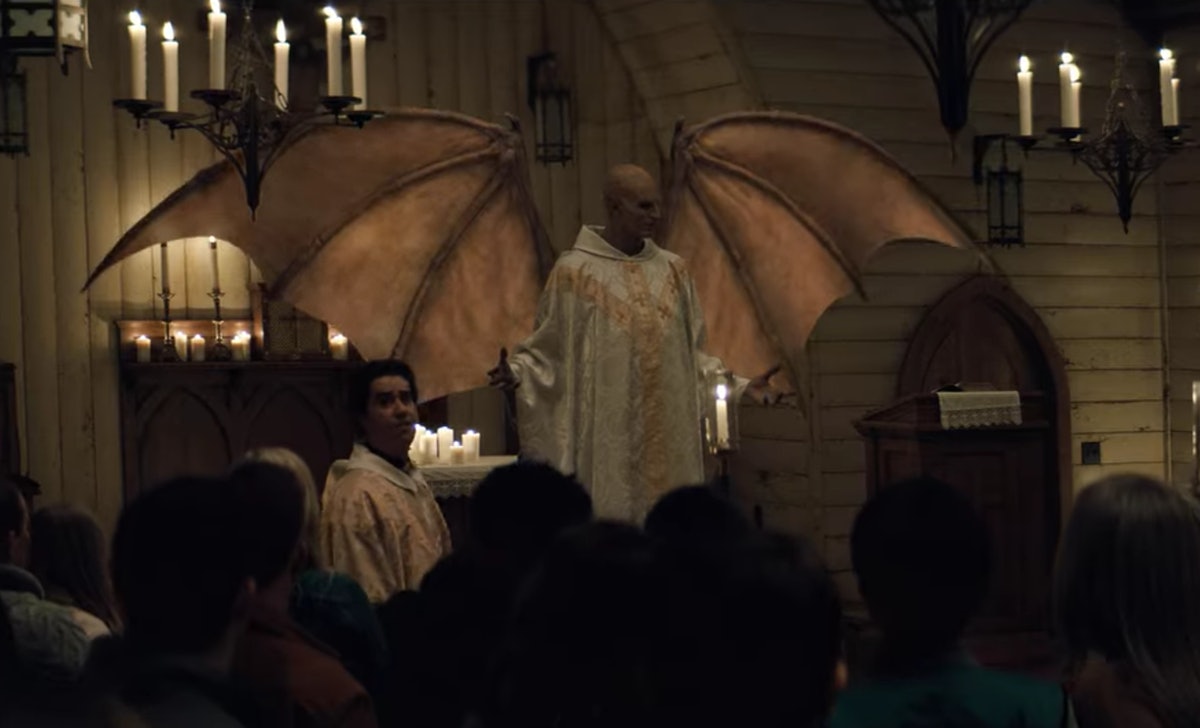 “The fourth angel poured his bowl upon the sun and it was allowed to scorch men with fire.” — Revelations 16:8

After the Angel feasts on Riley, he’s reborn. Bev (Samantha Sloyan) is less than happy about God’s will. She sees Riley as a useless drunk who has been given an unfair blessing. Bev’s anger leads her to make the clearest argument for the reading of the Bible as a text about vampires. And not only about vampires, but also about Jesus as a vampire, turning others to prepare them for the end of the world. It’s a shockingly smart interpretation that works perfectly in the context of the show. When she quotes Revelations 16:8, she snarks at Riley that it almost sounds like someone is getting certain people ready for the days ahead. In Bev’s mind, the Bible is a guide for what Father Paul, and soon the inhabitants of Crockett Island, will become.

The trappings and symptoms of vampirism are key to the tale of Midnight Mass. A thirst for blood, unable to walk in sunlight, an apparent near immortality. But in the starkly simple and smart decision to use the Bible as the lens through which to look at it, Flanagan creates something entirely new. And in doing so creates vampiric lore you can’t stop thinking about.

Midnight Mass is on Netflix now.