It’s been a long time coming, but our favorite “Clueless Gamer” is finally back. Conan O’Brien sat down for another session of not understanding video games. This time he visited the post-post-apocalyptic world of Biomutant. And if you’re going to travel through a world of armored animals who use kung fu and get pooped out of their enemy’s butt, there’s no better person to play with than Curb Your Enthusiasm‘s J.B. Smoove. Especially since he actually does know how to play.

Unfortunately, when the game’s narrator won’t shut up, there’s less time for banter.

Conan plugged in for a socially distanced round of “Clueless Gamer,” his first in nearly two years. And the results were, as always, hilarious. What was unusual though was Conan’s actual performance. He did pretty well! No, seriously, he actually managed to find some success in Biomutant. That was primarily due to him finally having a supportive friend to help him out. J.B. Smoove, a gamer himself, coached Conan along rather than laugh at his failings like most former participants in the segment.

But even the best coach couldn’t prepare someone for the game’s stranger aspects. Included among them: the main character letting his own mother drown. Then watching as he’s consumed and shot out the backside of a monster intact. Which wasn’t as weird as when the character climbed back in through the monster’s butt. Real bizarre! 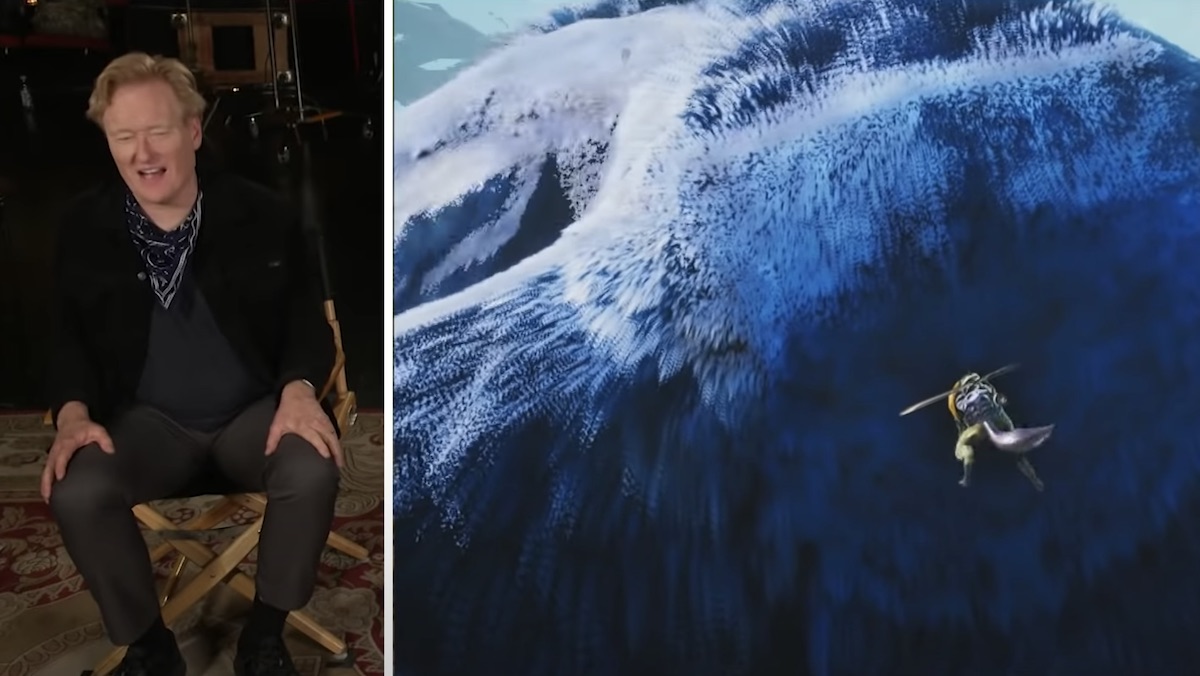 But it was the game’s ceaseless talking and cliché pearls of “wisdom” that really frustrated Conan. All that pointless chatter might not make for a great gaming experience. But it sure did make for a funny segment. Watching Conan’s soul slowly leave his body during every lengthy narration just got funnier and funnier.

“Clueless Gamer” is always good. But we’ll take another round of “Bored Confused Gamer” too.