Clowns, Cowboys, and Oz – The New UNLOCK! Adventures Have Arrived

Tabletop escape room designs are not just a flash in the pan. The genre has ballooned and we have many options. An economic little deck of cards that has you solving clever puzzles and locating hidden numbers, Space Cowboys’ Unlock! series was among the first of this category. It also happens to stand above the heads of its peers.

This new wave cements the position. This product is released in groupings of three and each is a stand-alone oblong box of timed mayhem. The quality is at its utmost as evidenced by The Adventures of Oz. Everyone loves delightfully quirky yet still mainstream Wizard of Oz – and this experience nails it.

It brings in new props of significant value, including a foldout map of Oz and a cardboard mirror. The former allows you to track your journey across the land and is continually referenced throughout the cards. The mirror is a contraption needed to solve a few puzzles. It provides those wonderful moments where you role-play Jack Skellington shouting “Eureka!” out the window.

The quality of the brain teasers is high and you will lean on established fiction from the film as well as your own ingenuity. I will say that a possible downside is that at least one of the solutions requires knowledge of the source material. If you haven’t seen The Wizard of Oz then that’s on you at this point. It’s a mandatory piece of Americana and required viewing by anyone with a beating heart.

This means, of course, there are flying monkeys, a wicked witch, and a cast of familiar protagonists to cozy up to. The arc of this adventure is enticing as each player is put under the spotlight and must pursue and wrangle with a personal objective. It all comes together incredibly well and the climax is superb. 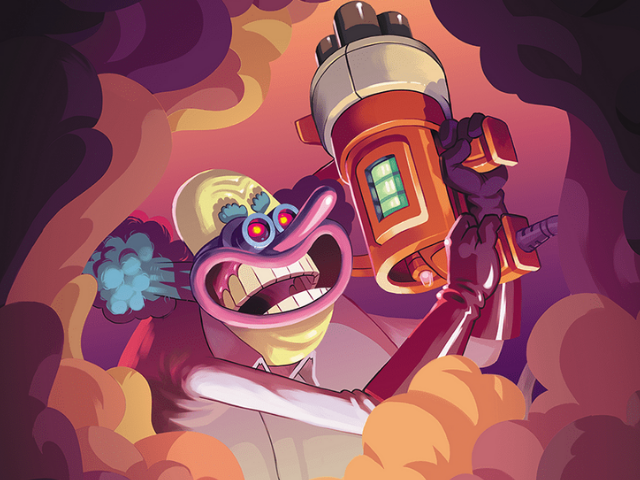 A Noside Story is the weakest of the trio, although that’s not much condemnation. This is still a solid trip functioning as a faint sequel to the original Squeak and Sausage scenario. You certainly don’t need to have experienced that prior adventure, but the oddball setting may prove slightly richer if you have. This is the easiest of these new releases but it’s still very satisfying. The quirkiness of the subject matter shines through and laughs come easy. Of particular note here is the freedom to experiment a bit with combining items, although this is performed at your own peril.

Noside is bookended with a couple of fantastic elements. It kicks things off with an auditory intro – a tool I’m always fascinated with. This is significant because it helps to break the fourth wall and develop immersion.

The finale is equally as interesting due to a puzzle that is classic Unlock. It will mystify some and perhaps have you scratching your noggin, others may quickly flip the switch and see the light-bulb go off. Either way, you can’t help but smirk and give the design team a nod.

The final undertaking is Tombstone Express. This is a mashup of a Western heist and Agatha Christie’s Murder on the Orient Express. The central focus of solving the whodunit is compelling and the conclusion satisfying.It produces some jumps along the way as events trigger based on the clock ticking away in the background. One notable occurrence has players participating in a mini-game that’s wild and perhaps divisive. I’d rather not spoil the event, but it blew my hair back a bit and instantly won me over. 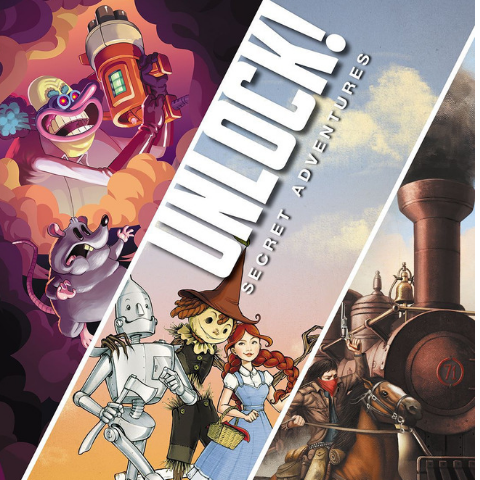 The reoccurring theme in this wave is the use of props. We now have seen folded paper maps, punchboard, and a small number of tokens. Unlock! has never been starved for creativity, but this does hint at an interesting future.

The Unlock! series is simply fantastic. We’re now nine adventures in and the puzzles and narrative structure continue to surprise. It’s astounding how a simple deck of cards can provide so much variety, but they’ve managed to continually offer a new experience. With the evolution to include a small number of tokens and props, the future seems bright and the possibilities endless.

What’s your favorite Unlock! adventure? Let us know in the comments!  And be sure to join host Becca Scott on  Game the Game every Thursday here on Geek & Sundry to watch the best boardgames played with fantastic guests!