The Star Wars episodic film saga recently took a final bow with The Rise of Skywalker, but there’s still so much to be excited about in the galaxy far, far away. We have a second season of The Mandalorian coming this fall, a Deborah Chow-directed Obi-Wan Kenobi series starring Ewan McGregor in the role he made famous in the prequels, not to mention exciting new comics and a feature film from Kevin Feige. But there’s one thing we truly can’t wait for: the seventh season of the animated series Star Wars: The Clone Wars.

The show was never supposed to return, but thanks to the new Disney+ streaming service plus intense interest from the fans, executive producer Dave Filoni was able to resurrect the series. Now, we have the first full trailer for season seven, and this thing looks absolutely stunning. It’s action-packed, emotional, and brings back a few fan favorites. There’s so much to wrap our heads around.

As the trailer spells out, this is the the final season of the series, but it also fits into a unique place in the Star Wars timeline. We already know the general outcome of the season, because many of these characters reappear in Star Wars: Rebels-–another Dave Filoni animated series set many years after The Clone Wars. We may know what ultimately happens to Ahsoka Tano or Darth Maul, but this season will finally visualize events long teased by the creators and mentioned in other Star Wars media. Chief among that is the siege of Mandalore, a concept the show was meant to explore before its cancellation in 2014.

The events of this season take place during Revenge of the Sith and explain why Ahsoka Tano is absent for that film (other than the obvious: that she was created after the prequels to fill in some narrative blanks). In the trailer, we see some indicators of the timeline, including a hologram of a pregnant Padmé Amidala touching hands with her husband, Anakin Skywalker. This is all timed to Anakin’s fall to the Dark Side, so expect a moodier version of the character than we’ve seen in The Clone Wars before. 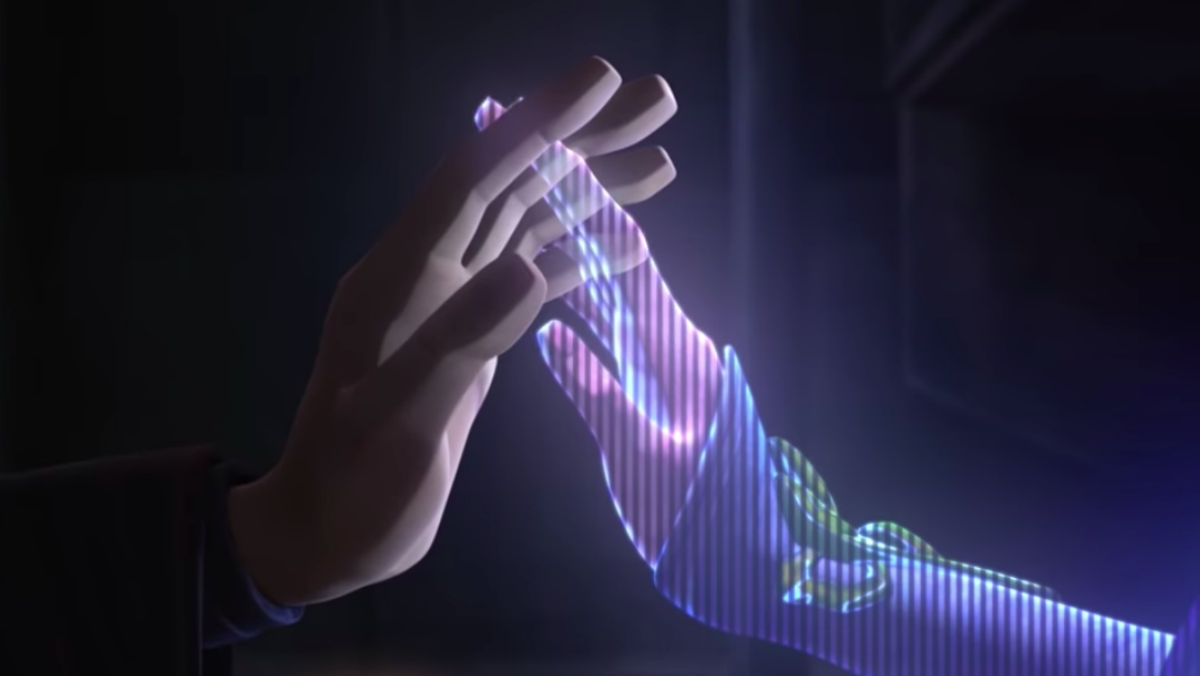 We’ll also see the fallout of Ahsoka’s decision to leave the Jedi Order, which she discusses briefly in the trailer footage. “We were trained to be keepers of the peace,” she explains. “Not soldiers.” We love when Star Wars gets into the complexities of the Jedi and the Force, so we can’t wait to see this explored in more depth.

In addition to the trailer, Lucasfilm and Disney+ also dropped this epic new poster for the season, which really emphasizes the “final season” of it all. 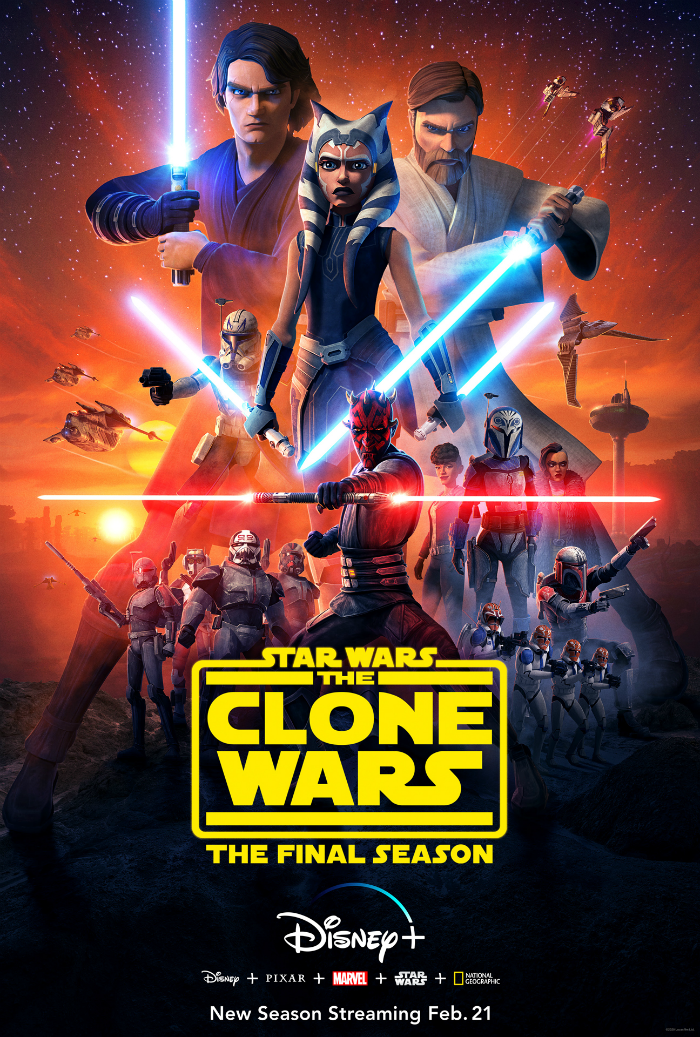 The 12 episode final season will begin on the Disney+ streaming service on February 21. New episodes will be released weekly.