In 2012, the web series The Lizzie Bennet Diaries took the literature-loving internet by storm. The Lizzie Bennet Diaries was the first of its kind: a web series adapted from classic literature, in this case Pride and Prejudice by Jane Austen. The series was a fresh, innovative take on Austen’s story about the eponymous Bennet daughter’s family life, career, and rivalry with the mostly unseen William Darcy.

While Lizzie Bennet’s story may have ended in 2013 after over a hundred aired episodes, this was just the beginning for web series based on classic public domain novels. In the years to follow, dozens of creative minds inspired by The Lizzie Bennet Diaries began work on their own web series, covering William Shakespeare to Oscar Wilde to Charlotte Brontë to L. M. Montgomery. If there’s a well-known classic novel you love, chances are it has at least one web series adaptation.

Most of these web series begin in a similar way. The protagonist (of whatever novel or play is being adapted) begins making vlogs, and the events of the story play out around them. However, some literary-inspired web series take a slightly different approach. The Misselthwaite Archives, a 2015 web series based on Frances Hodgson Burnett’s The Secret Garden, switches between Mary Lennox’s vlogs and traditionally-filmed scenes depending on the episode. 2019’s Rational Creatures, based on Jane Austen’s Persuasion, features vlog episodes only when flashing back to main character Ana’s high school years.

The Rational Creatures team—consisting of Jessamyn Leigh, Anya Steiner, Hazel Jeffs, and Ayelen Barrios—spoke with Nerdist about how they first became interested in the literary-inspired web series form. Leigh said, “Growing up in the era of DVD special features, I’ve been interested in filmmaking since I was a kid, but didn’t see it as a particularly achievable goal. That changed when I started watching the web series The Autobiography of Jane Eyre and listening to interviews with its creators. Here was a group of young women with a camcorder, some actor friends, and the desire to tell a story.” 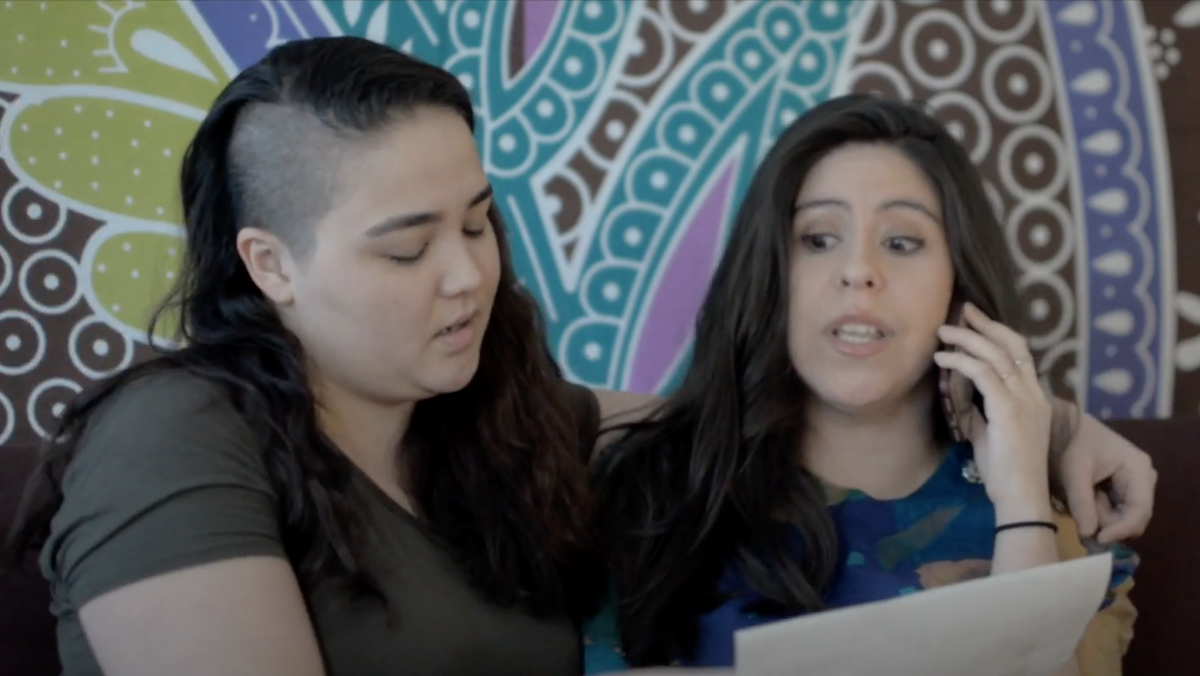 Steiner was drawn to literary-inspired web series for a similar reason: “The approachability of vlog-style filmmaking was what made me realize I could do this, too.” No matter how they’re filmed, literary-inspired web series usually take place in the modern day, and therefore trend towards more diversity than their source texts. Where the Anne of Green Gables books’ Anne Shirley hates her unruly red hair to the point of attempting to dye it darker, Project Green Gables’ Anne, as a teenage black girl, decides to try chemical relaxers instead. Shakespeare’s As You Like It has Phoebe in love with disguised-as-a-man Rosalind, but in 2016’s The Better Strangers, no disguise is necessary for lesbian Phoebe to have feelings for Rose. These adaptation choices are faithful to the the original stories while still giving the modern versions their own sense of identity.

The potential for diversity is a large part of the appeal of literary-inspired web series for Leigh. “LIWs give us a chance to re-contextualize classic literature, putting marginalized groups that don’t appear in the original works both in front of and behind the camera,” she explained.

Meanwhile, Jeffs pointed out that vlogs also allow for a better sense of first-person perspective than most filmmaking: “The traditional vlog style, when it’s used, means there’s a kind of intimacy between the characters and audience that’s usually reserved for reading.” A Shakespearean monologue or Jane Eyre’s introspection can be more clearly adapted when a character talking to themselves does not feel out of place. They’re not ranting to nobody; they’re ranting to us.

Quite a few literary-inspired web series also include in-character social media accounts. Seeing their favorite characters interact on Twitter in between videos is a great joy of a literary-inspired web series fan. Sometimes, web series even cross over; Middlemarch: The Series had Fred Vincy become Twitter friends with Liddy Smallbury, a character from the Far from the Madding Crowd-based web series Away from It All. Transmedia can reveal different sides of the characters, fill in gaps in the story for perceptive fans, and even give fans the opportunity to chat with the characters themselves.

At this point, there are over a hundred literary-inspired web series on YouTube. And many are yet to be discovered, as young writers and directors are drawn to the form even now. Having recently crowdfunded to film their second season, the creators of Rational Creatures are all veterans of the literary-inspired web series form, having worked on many series including Away from It All and Twincidents, the latter of which is based on Shakespeare’s The Comedy of Errors.

While the heyday of literary-inspired web series production was a few years ago, the form never died out, and there are still dozens of classic literature adaptations on YouTube to enjoy. Even without the live experience, these shows hold up remarkably well and are an utterly unique viewing experience. Your favorite characters are out there in new, exciting incarnations for you to fall in love with all over again.