Just Chris Hemsworth Putting His Head on Other People’s Bodies

Chris Hemsworth is always pushing his body’s limits. He’s pursuing such tremendous transformation for the upcoming Thor: Love and Thunder that his stunt double said it’s a challenge to keep up. And that’s saying a lot considering how ripped we’ve seen the actor in previous Marvel films. But you don’t have to be human beef castle Chris Hemsworth to get results. That’s the message in a recent ad, which we saw at Design Taxi, for the actor’s fitness and wellness app, Centr. They’re pushing the message that Hemsworth’s team is doing all the work on Centr and will help you crush your goals. Yes, even if you’re not Chris Hemsworth. Which you’re presumably not.

They demonstrated this idea in a fantastic, if a little bit weird, fashion: by putting Hemsworth’s heads on bodies of regular folks using Centr. It’s really best to see it for yourself.

I cannot deal with his head on a little girl riding around in a play vehicle.

The actor realized a more colorful version of this video on March 22. The cursing makes it even more entertaining:

Hemsworth puts his head on women lifting weights and doing yoga, a guy at the grill, and the little kid mentioned above. The ad highlights the performer’s extreme goofiness as he jumps into all these roles. He changes his voice and delivery ever so slightly. And this promo does acknowledge that a fair number of subscribers only buy into the app because of Hemsworth. They do so even though he doesn’t lead the workouts. Which, fair. Instead users work with his team on Centr’s fitness sessions, meal plans, and guided meditations. Though Hemsworth does do some meditations. 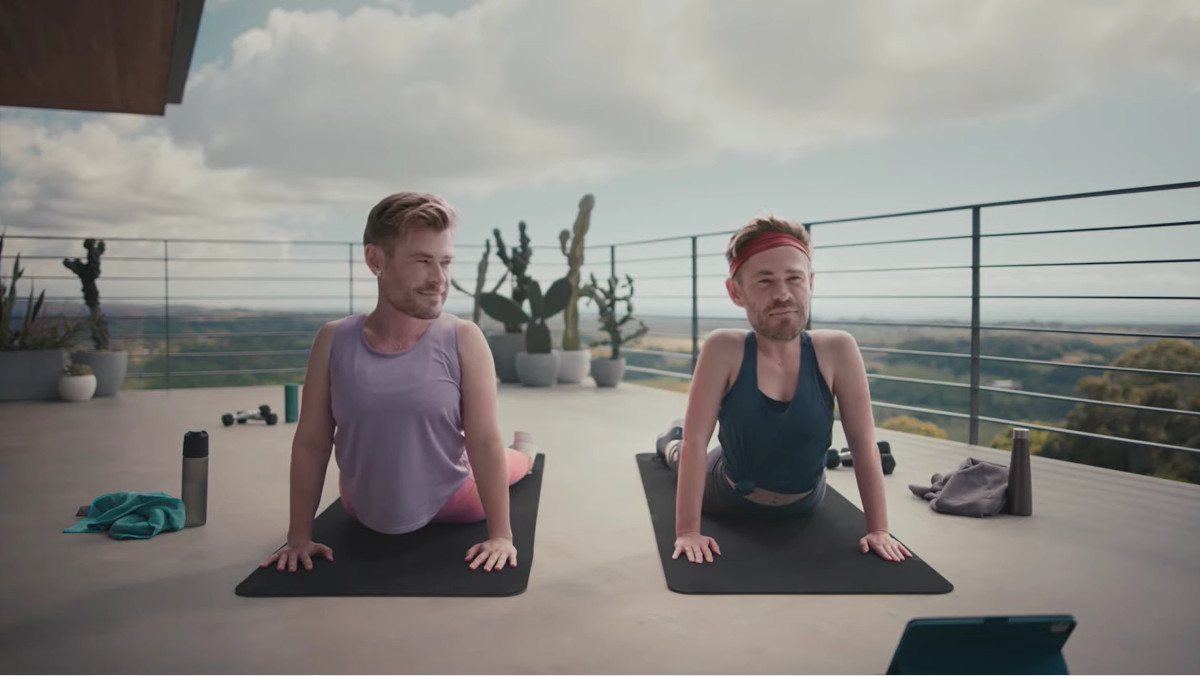 The Centr team is comprised of experts in various fields: strength, cardio, yoga, cooking and nutrition, and meditation. You can get more information on the app on their website.