An Ode to CHILLING ADVENTURES OF SABRINA's Prudence Blackwood - Nerdist

An Ode to CHILLING ADVENTURES OF SABRINA’s Prudence Blackwood

Chilling Adventures of Sabrina had many ups and downs throughout its four-season (also known as parts) run, one of the most notable being Sabrina’s white savior complex. But one shining light in the series was Prudence Blackwood (played by the incredible Tati Gabrielle), leader of the Weird Sisters trio. As the show neared its end, plenty of people, myself included, cried for a spinoff that focused on Prudence. Alas, that has yet to happen. But it’s always the right time to look back at Prudence’s arc and imagine what she could be doing right now.

Prudence found a way to shine despite narrative limitations. The show’s creative team could have certainly gone deeper into her as an individual, giving additional depth to her relationships with Ambrose, Agatha, Dorcas, or her siblings beyond the surface. We meet her as a devout worshipper of The Church of Night and a staunch supporter of Father Blackwood. She’s a classic mean girl bully to those she looks down on or feels threatened by. In fact, we mostly see her amidst conflict, often involving Sabrina, or as a tool for others to use. She doesn’t get to simply enjoy laidback conversations amongst friends or casual joking. It is disheartening to not get more with her considering there was a lot brewing beneath her surface. 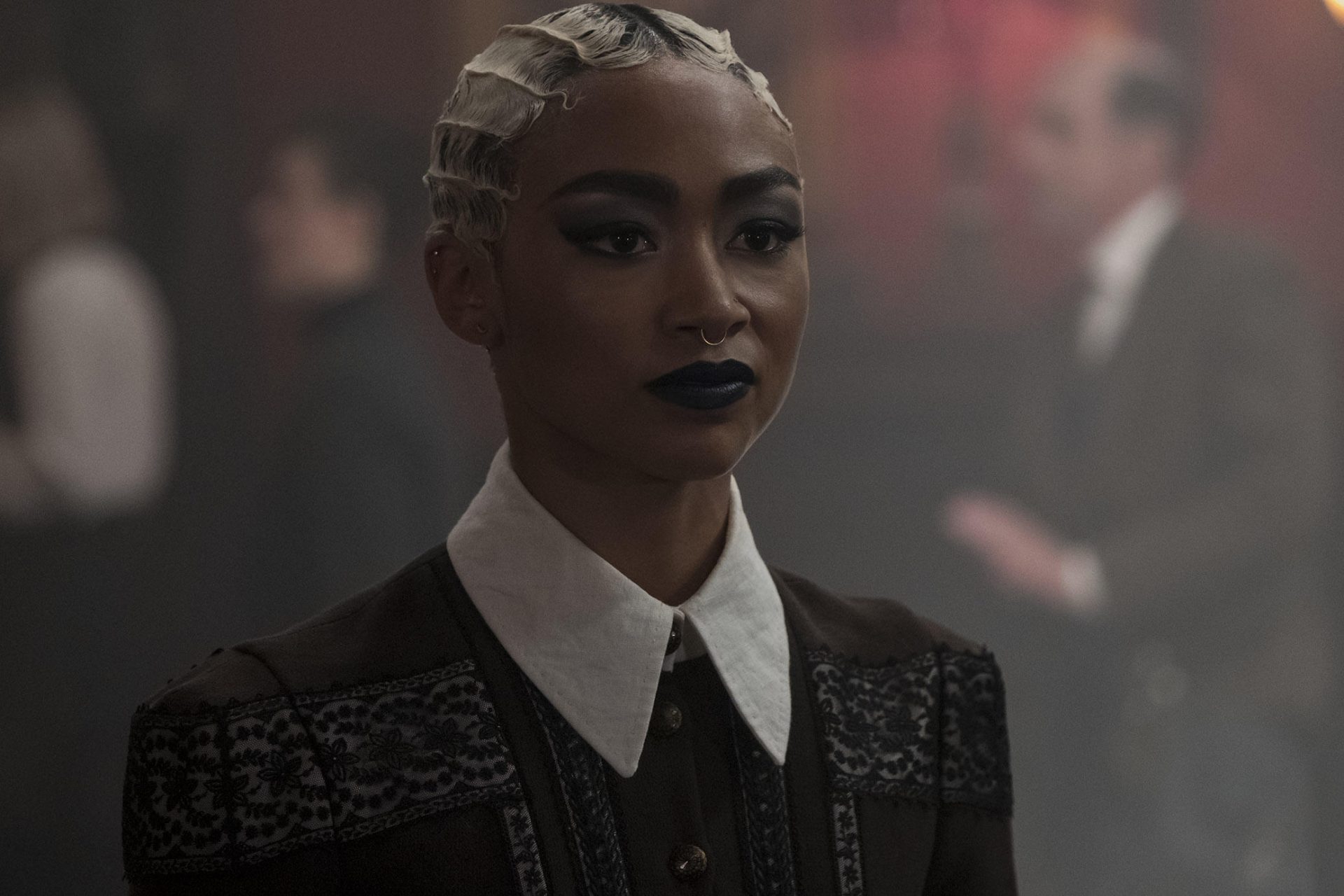 Her beliefs and mindset stem from loneliness and desire for family and a community because she is an orphan. She craves this to the point of finding joy in being eaten by coven members in the Feast of Feasts because she will become part of everyone. (Fortunately, that did not happen.) Prudence is clearly in pain when Father Blackwood rejects her as his child yet she stands by him, misogyny and all, in hopes of eventually winning his acceptance. She’s loyal to a fault, to say the least.

Yet, her fierce independent streak and awareness of a woman’s worth give her a unique charisma. In the first season, she allies with Sabrina, despite her distaste for the half-mortal, to teach a terrifying lesson to four mortal boys who bullied Theo over his identity. Prudence playing “Devil in the Dark” was a shining moment for many fans. Like us, her passions and sometimes skewed moral compass guide her actions, making her an often conflicted witch.

In season three, Prudence and Ambrose’s blossoming relationship is a gateway to a new side of Prudence, showing her vulnerability and affectionate side. Though just a hookup at first, they found something more profound with their compatible personalities as they commiserated over the shared pain Father Blackwood inflicted on them. Even when Prudence and Ambrose were at odds, there was chemistry, mutual respect, and affection.

Prudence cares for those in her small circle, especially Agatha and Dorcas. When Father Blackwood poisoned the coven, she teleported them to the Spellman mortuary first. She also fought to save Dorcas after Pan turned Dorcas into stone in the third season. That love is mutual and keenly felt, when Dorcas, murdered by mad Agatha, heals Agatha, forgives her, and leaves. As Prudence sobs, Agatha regains her sanity. The pain in Agatha’s voice, as Prudence removes her straitjacket to comfort her, asking “what did I do.” It was one of the only redeeming parts of season four.

We probably won’t get a Prudence spinoff series. But it is still fun to imagine what she could do in the future. In fact, I have a few ideas. Considering her skill at taking charge and protecting students, I’d love to see her in a mortal school. She could cast spells on faculty for discriminating against students and perhaps teach a sex-ed course. If anyone can undo the stranglehold that religions have on sexuality, it’s Prudence. She doesn’t sugarcoat the past so teaching history courses is a possibility.

Prudence could also be a bounty hunter or detective. The former may be preferable since it comes with fewer restrictions. But with either, she could help bring criminals to justice. Prudence freed herself from her manipulative, abusive leech father. She combed the Earth to bring him to justice for his attempted massacre of the entire coven. Granted, her dismembering him is not exactly in league with mortal law, but that’s where the potential lies for conflict. I can picture Prudence doing a dual sword-wielding takedown of a predatory criminal. 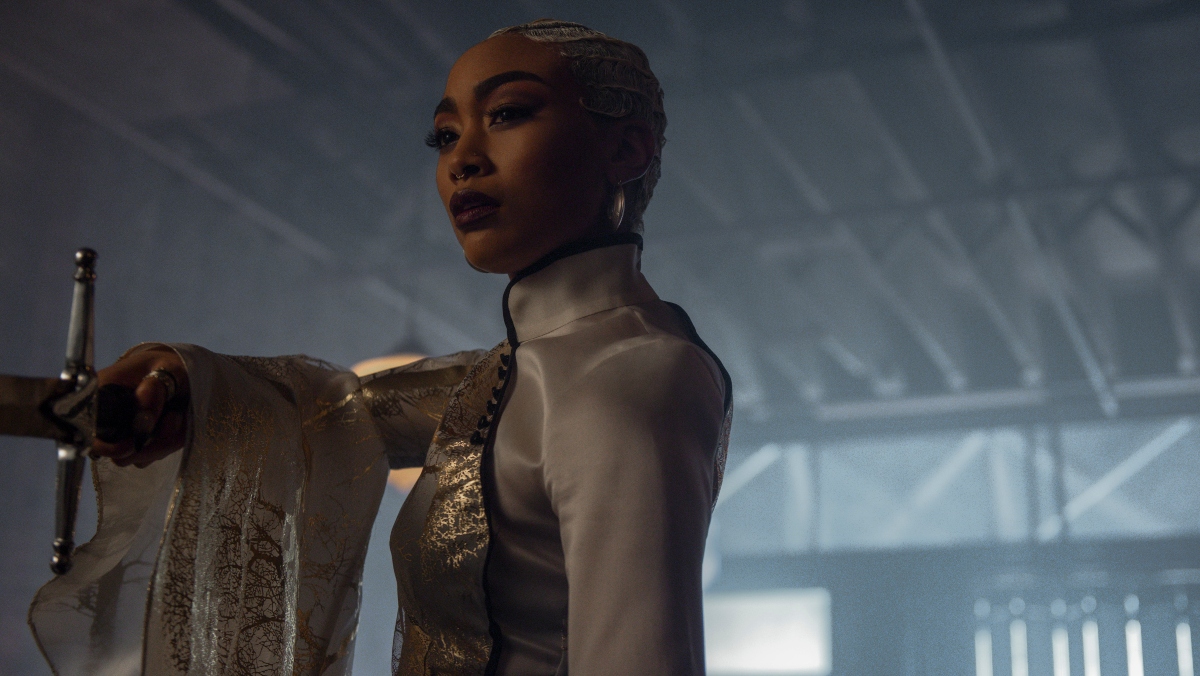 On a personal level, Prudence probably wouldn’t lean towards marriage nor other typical labels of “happiness.” But she’d probably be in a relationship with Ambrose at some point. Witches age slowly, so there’s future potential for them. This duo would make excellent parents; their kid would be mischievous, witty, and fashionable, as evidenced by Prudence and Ambrose’s attire. Her outfit when she searched for Father Blackwood with Ambrose in Louisiana was casual chic. And that psychedelic two-piece she wore for the Battle of the Bands in “The Returned” episode in the final season was gorgeous. She was certainly the best dressed in the series. Speaking of fashion, Prudence exudes the beauty, class, and sex appeal prime for a fashion career. She’s not only cutthroat but she forces everyone to do a double-take when she walks past.

Perhaps a skilled creator, preferably a Black woman, can craft a Prudence Blackwood spinoff series that gives her the leading spotlight and attention she deserves. Until then, she will keep holding a special place in many fans’ hearts.