As if we weren’t already psyched enough for Chilling Adventures of Sabrina, Netflix got us all the more excited with the promo images that got released earlier today. 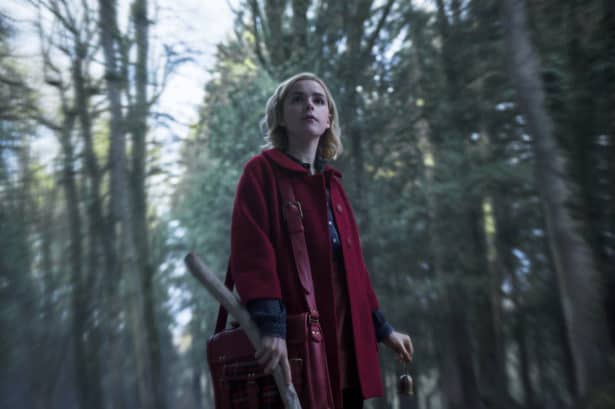 First, we got a closer look at Kiernan Shipka as Sabrina. It’s been clear from the beginning that Shipka is an excellent casting choice for everyone’s favorite teenage witch, especially given how well she does with darker material. (After all, this ain’t your grandpa’s Sabrina the Teenage Witch.) But if you weren’t convinced before, you can’t deny the strength and fierceness of Shipka/Sabrina’s Little Red Riding Hood But Spooky vibes. Also, how enticing is that darker-than-dark color palette? Yes, Chilling is a Netflix series, but it looks fit for the dramatic doom and gloom of The CW here. As a completely shame-free  Riverdale fan, I’m all for that feel. 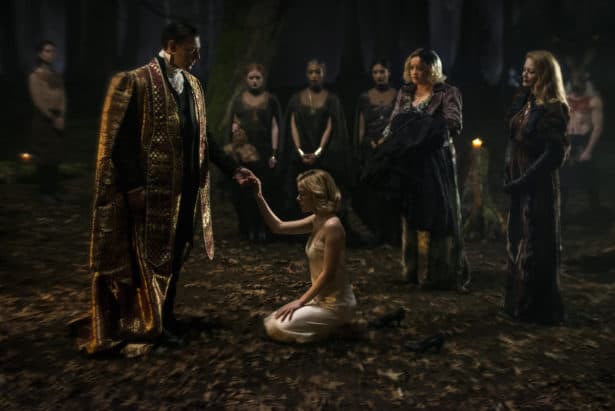 It looks like we may be drifting into FX territory here, too, with this American Horror Story-esque scene of Sabrina’s baptism. I don’t want to assume anything, but this looks a heck of a lot like a coven to me. In addition to Shipka, we get a glimpse of Hilda and Zelda looking a little less wacky than they did on TGIF. There’s also the added bonus (?) of a blurry figure in the background wearing a horrifying bunny mask. What better way to pique our collective curiosity than that?

We’ll keep you posted on all things Chilling as the series approaches. It’s set to premiere on October 26, just in time for a Halloween group watch.