Ever since taking over the role of Chewbacca from the late, great Peter Mayhew, actor Joonas Suotamo has endeared himself to Star Wars fans all across the globe. The 6 foot 11 Finish ex- basketball player played the galaxy’s greatest wookiee in four of the five Disney Star Wars films. But he’s not just a part of the Star Wars ensemble, hes also a huge fan of the franchise. Even the parts of it he’s not in, like The Mandalorian. And Suotamo just congratulated the cast and crew of that series for their multiple Emmy wins via social media. It’s a truly adorable video.

I wanted to congratulate the fantastic cast and crew of #TheMandalorian for their Emmy wins, so I gathered my family band to play a tune that you might recognize. It went... okay 😅 @starwars @themandalorian @disneyplus @ludwiggoransson pic.twitter.com/PwAIj07L3R

Joonas, who seems to know his way around a guitar, congratulated the crew of The Mandalorian for their five wins with his rendition of the Mando theme music by Ludwig Göransson. Actually, Joonas didn’t perform this little musical tribute all by himself. He had the help of his “family band.” Which seems to consist of himself and his infant daughter (who is wearing a Baby Yoda shirt to boot!) His newborn daughter joined the Suotamo clan earlier this year, alongside her big brother Aatos. Aatos’ family nickname is “Babybacca,” in case you needed some more awwws. 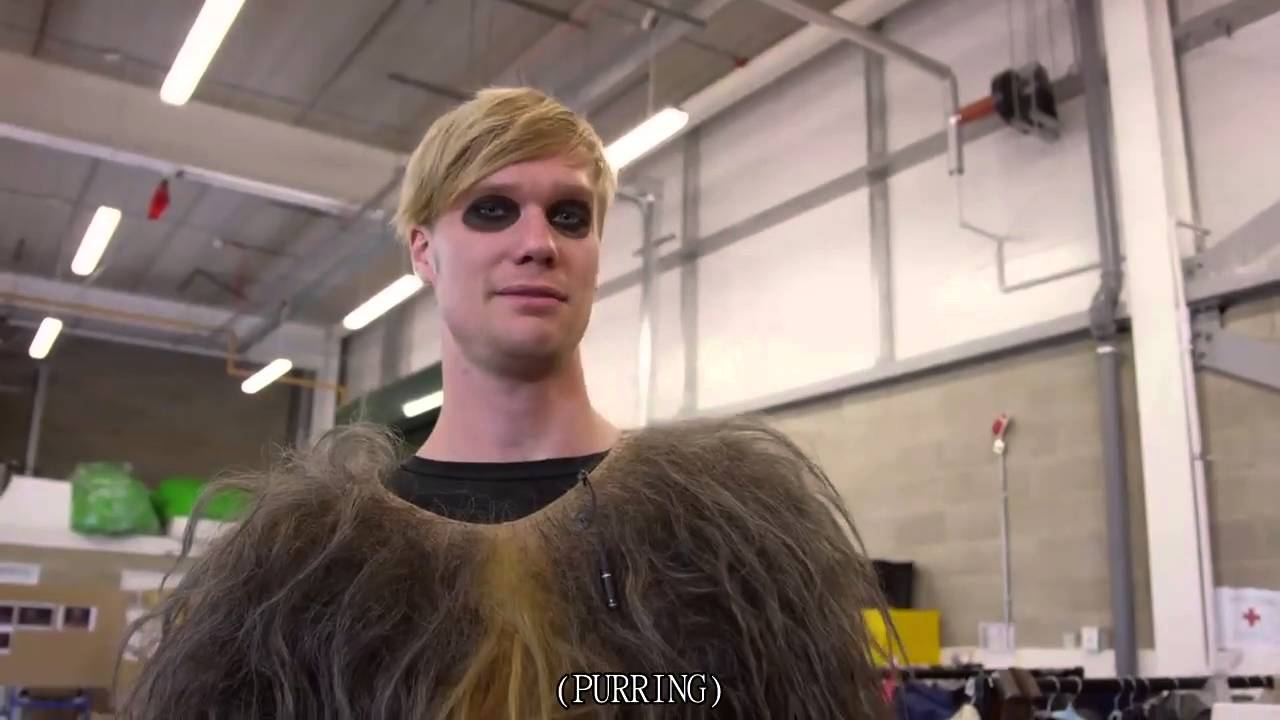 We actually hope we see Joonas portray Chewie at some point in The Mandalorian. He’s the only original trilogy character besides the droids who could conceivably cross paths with Mando and company, so why not? We already know the Star Wars galaxy is notoriously small. It would be worth it for the Chewie/Baby Yoda scene alone!