The Russo Brothers and Tom Holland have found a wee bit of success together in the past. Captain America: Civil War, Avengers: Infinity War, and Endgame made roughly 40 katrillion dollars. Now they’re looking to find streaming gold with the original AppleTV+ movie Cherry. And based on the film’s first trailer it will be a very different type of story from their work in the MCU. We’re just not clear exactly what kind of story it is.

This first full trailer is sort of all over the place in terms of tone. We laughed at certain parts. Was that okay? Or is this a serious, straight drama about important topics? Based on Holland’s narration alone, it’s unclear. This promo’s editing doesn’t help clarify much. However, the official synopsis from Apple TV+ is far more focused.

“Cherry features Tom Holland in the title role as an unhinged character who drifts from dropping out of college to serving in Iraq as an Army medic and is only anchored by his one true love, Emily (Ciara Bravo). When Cherry returns home a war hero, he battles the demons of undiagnosed PTSD and spirals into drug addiction, surrounding himself with a menagerie of depraved misfits. Draining his finances, Cherry turns to bank robbing to fund his addiction, shattering his relationship with Emily along the way.” 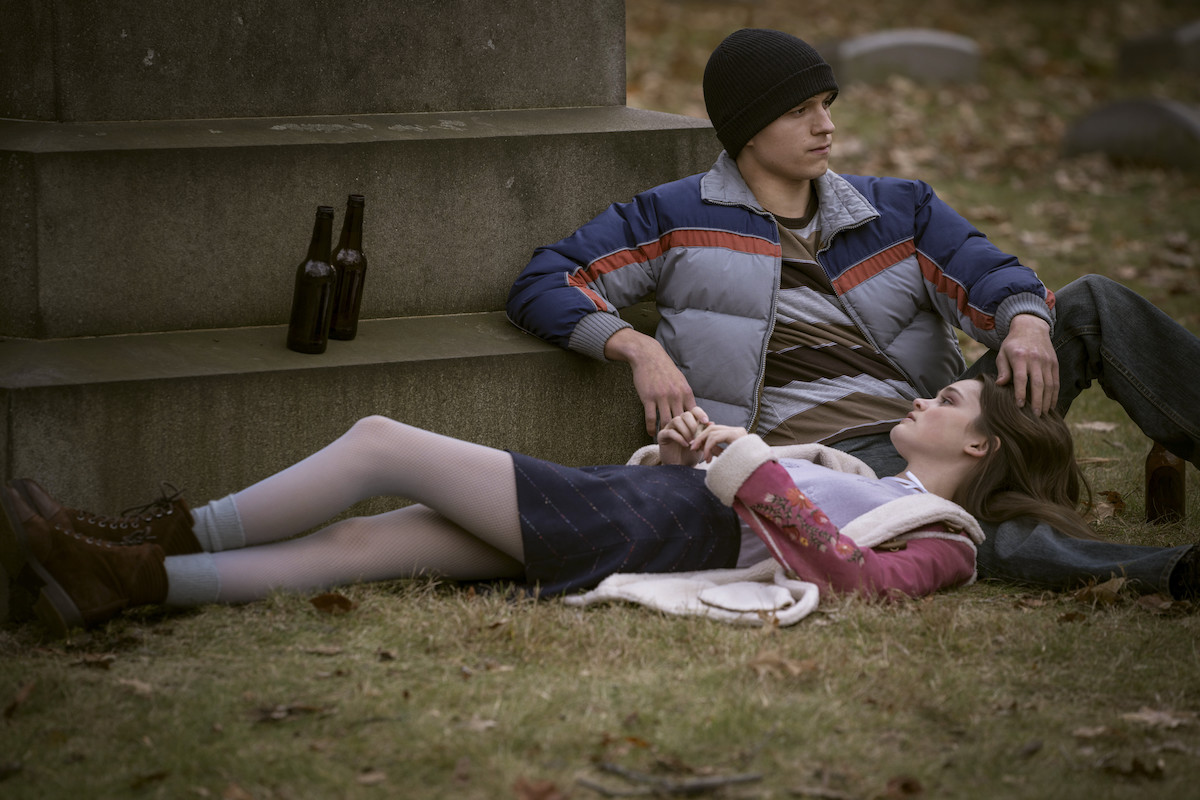 That description is for a decidedly more contemplative and darker film than what this trailer is selling. Is one more accurate than the other? Or will Cherry, “inspired by the best-selling novel of the same name,” fall somewhere in between? We don’t know. But we do know that directors Joe and Anthony Russo have had a lot of good films with Tom Holland before. Their previous movies have been, quite literally, super. Maybe this film will be the you know what on top of their time together.

Cherry comes to theaters on February 26, then exclusively to Apple TV+ on March 12.