Russo Brothers Are Producing a New BATTLE OF THE PLANETS - Nerdist

Russo Brothers Are Producing a New BATTLE OF THE PLANETS

With the Russo Brothers hot off the presses with Avengers: Infinity War and Avengers: Endgame, you’d think that they’d want to take a breather. But during their Hall H panel at San Diego Comic-Con, Joe and Anthony Russo made clear that they have no intention of slowing down. They’ve already lined up several major projects, some with Avengers alums and others that are beloved franchises from their youth. Here’s just a sampling of all the projects to expect from the Marvel alums:

Battle of the Planets

“[Battle of the Planets] was perhaps our favorite cartoon growing up. We love this show,” Joe said to the audience in Hall H. “And I used to race home from school every day, just to watch this at four o’clock.”

Battle of the Planets is an American adaptation of the Japanese anime series Science Ninja Team Gatchaman, which follows a group of intergalactic heroes known as G-Force. The Russos confirmed they’re producing the project and have not yet found a director. On that, they added: if they were to direct the project, it would definitely be live action. It’s very early stages, so no word yet if this would be a TV series or film.

In conjunction with Netflix, the Russos are working on an animated Magic the Gathering show. It’s a project that “certainly [has] the potential, I think, in the future to maybe spin it off into a live action,” said Anthony. “And, you know, it’s a game that we love. We’re geeks, and we love Magic the Gathering. So we are we are excited to tell stories with it. And I don’t know if you know the game or not, but if you’re, you’re a fan of Jace or Chandra, get excited.” 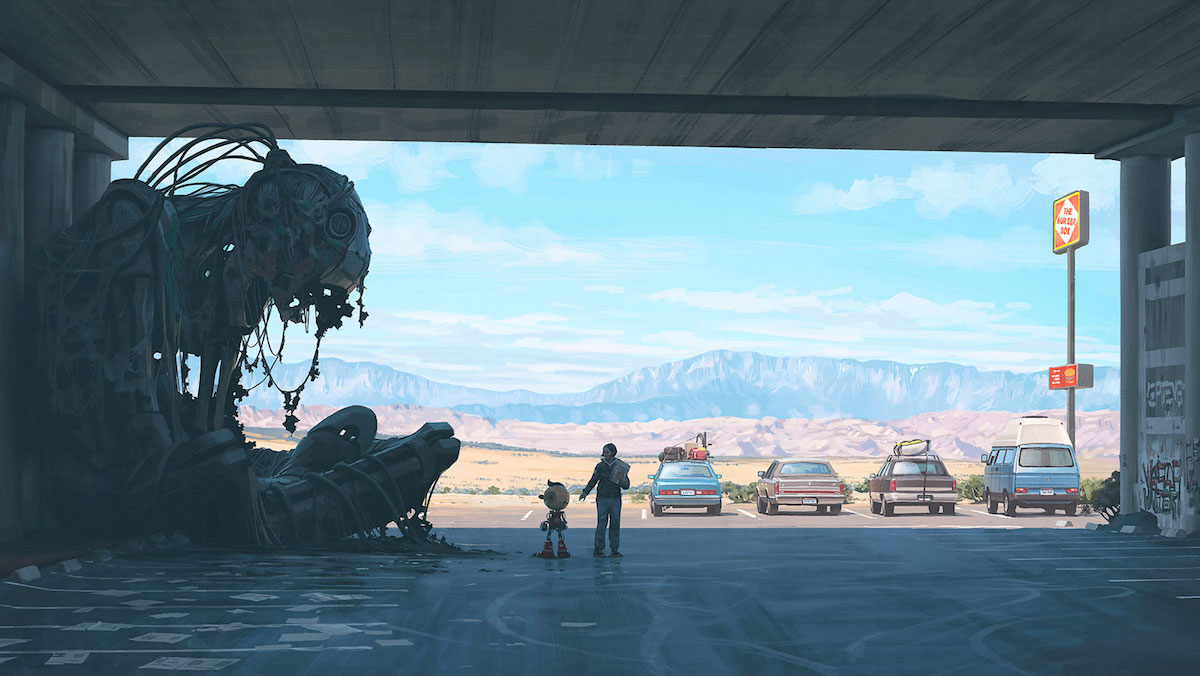 The Russos are working alongside Christopher Markus and Stephen McFeely to produce an adaptation of what they describe as “hauntingly beautiful graphic novel” by Simon Stålenhag. The book is something of an on-the-road adventure for a young girl and her robot companion, and is set in an alternate version of the 1990s. Markus and McFeely, who are writing the script for the project, are known for their writing on Infinity Wars, Endgame, and the Captain America films.

They also plan on remaking the classic heist film, The Thomas Crown Affair. “This is a movie that we loved growing up, both versions — the Steve McQueen version, and the Pierce Brosnan version. And we are going to bring our own spin to it,” said Anthony.

Matt Carnahan is writing the script, and starring in the film is none other than Michael B. Jordan. “We couldn’t be more excited to be working on that movie with Michael. You know, he’s…one of the great actors of his generation, no question,” said Anthony.

“This is a favorite comic book of mine growing up,” Joe said. “I have issue number one in a box in my closet. It’s sort of a cult indie hit. It’s an incredible story and a deep cut. And we’re excited about bringing that one to life.” Published in 1983, Grimjack centers on John Gaunt, a sword-for-hire, ex-paramilitary, war veteran and former child gladiator.

On top of all these upcoming productions are the films Cherry, 21 Bridges, and Dhaka, all starring Avengers alums like Tom Holland (Cherry), Chadwick Boseman (21 Bridges) and Chris Hemsworth (Dhaka). It’s clear the Russos have kept their Marvel connections going, and that can only mean more compelling content for fans in the future.

And it sounds like nostalgia projects are very much in the future for the Russo Brothers. “I think maybe you can tell we’re slowly hunting down all of our favorite IP from our childhood and we’re going to convert them into into stories we’re excited about,” Joe said with a laugh.