Charizard Statue Made with Fake $200,000 Card Is Fiery Fun

Only somebody who’s gone completely Mimikyu would think about destroying an ultra-rare, $200,000 first edition holographic Charizard Pokémon card for the sake of making a small statue. Thankfully, YouTuber and maker of “tiny nerdy things” North of the Border has not gone completely Mimikyu. That’s why he used a faux first edition Charizard card for his fiery statue that, while not worth $200,000, still makes us crave one as a bookshelf ornament.

North of the Border, a.k.a. Adam, recently posted his Charizard card statue to his YouTube channel. Adam, who draws inspiration from popular media, has made tons of beautifully crafted statues like this one previously. That includes statues of comic book characters and even Pickle Rick from Rick and Morty. 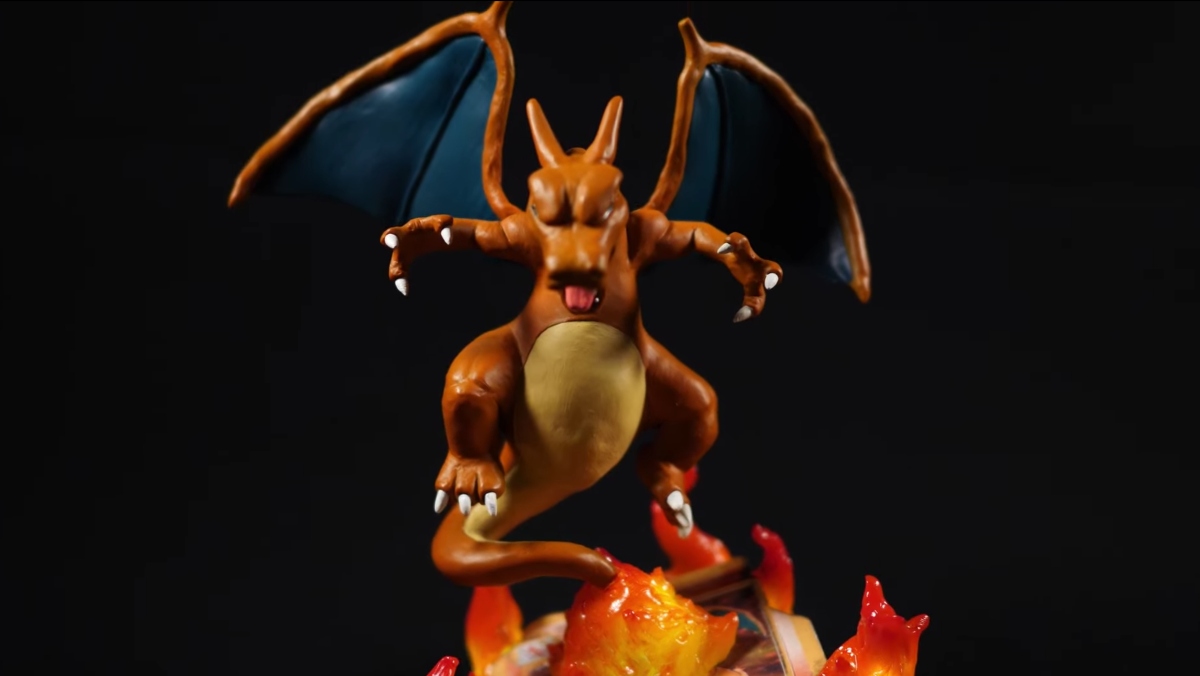 In the video above Adam shows how he created his Charizard statue, first duplicating the ultra-rare Pokémon card with a cardboard cutout. For reference, the card Adam duplicates is the same one that rapper and Twitch streamer Logic paid $220,000 for in late 2020. Later in 2020, another legitimate first edition version of the card sold for a whopping $369,000. 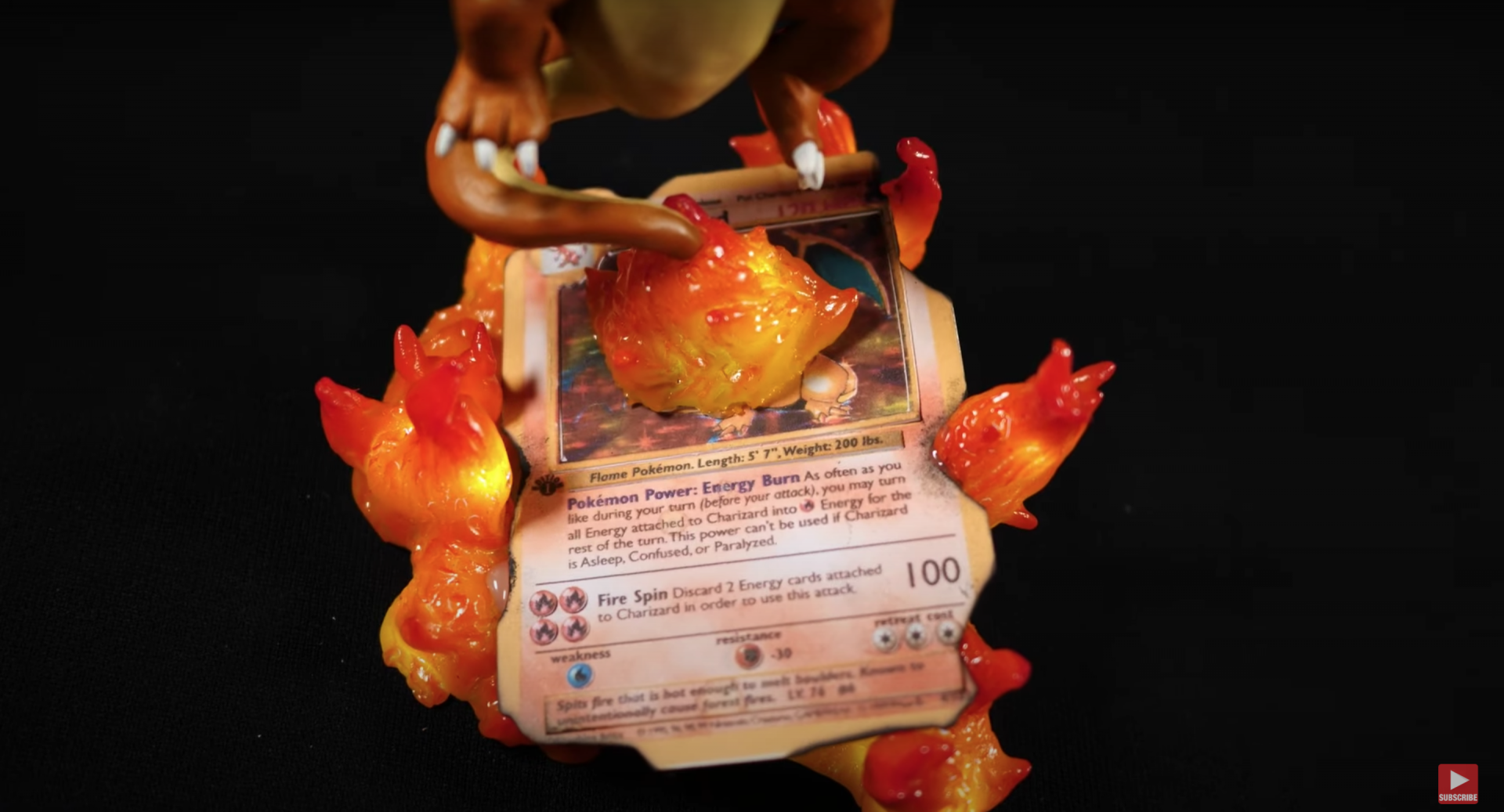 After making his card, Adam proceeds to assemble and carve the statue itself. The 10 minute long time-lapse video shows the build from beginning to end, but suffice to say, it starts out looking like an abstract Loch Ness Monster but ends up as a flying (type) success. The flames at the base of the statue, surrounding the burned card, are an especially fun touch; they’re lit from beneath by real lights. 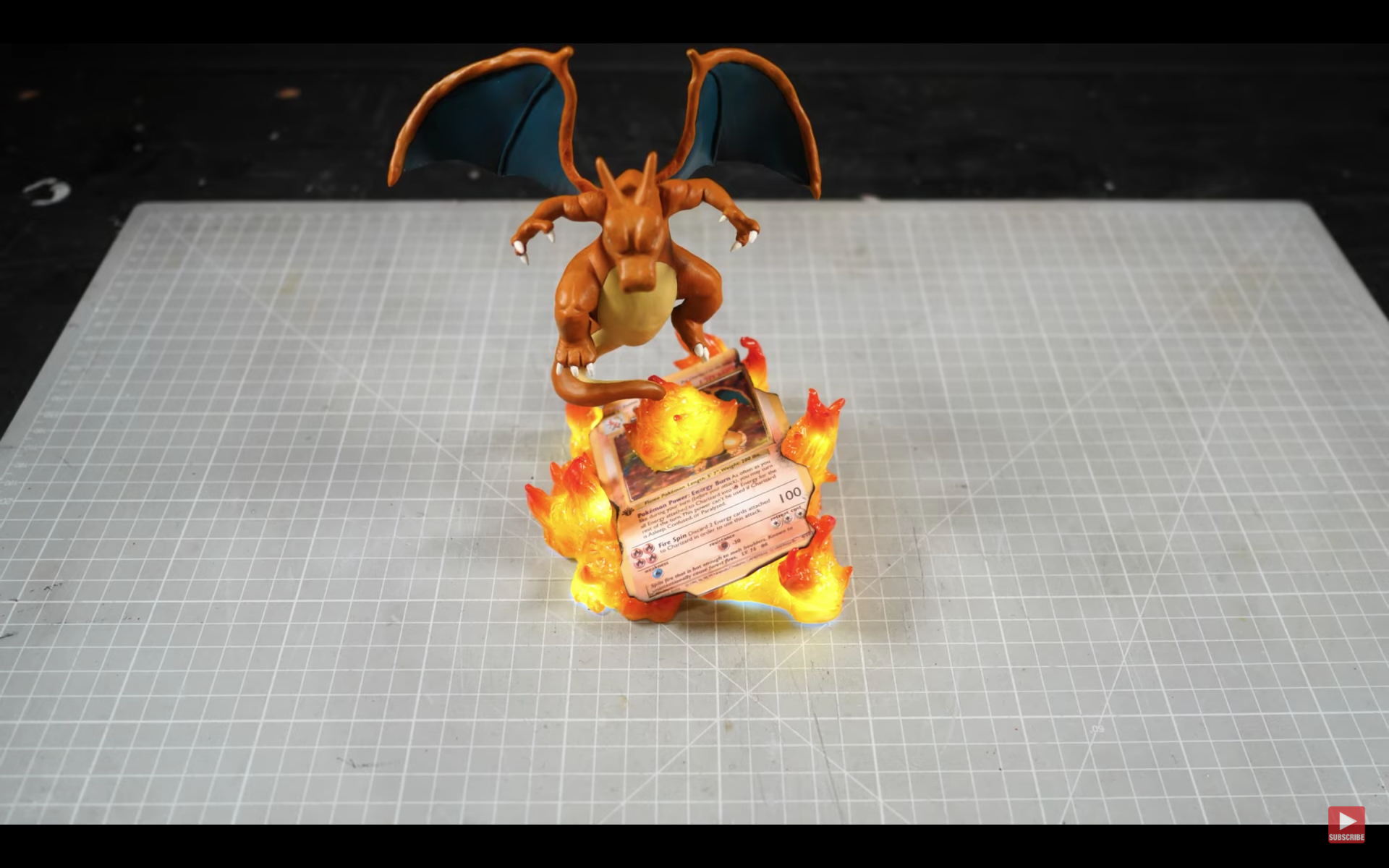 The maker and YouTuber reveals the final product at around 11 minutes into the video and it’s mega pretty. The flying Charizard looks flawless, and we could stare at that “burning” first edition card all day. Or, better yet, invite over collector friends to stare at it. And let them think for just a split second that around $200,000 has gone poof.

Featured Image: North of the Border