Chadwick Boseman’s death is causing a global outpouring of love for the accomplished actor. But, this heartbreaking news hits different for his Black fans. For many of us, Chadwick’s entire career reads like a love letter to our culture. Before he became the Black Panther, he starred in a series of biopics about trailblazing Black men.

His portrayals of baseball legend Jackie Robinson (42), funk music progenitor James Brown (Get On Up), and groundbreaking Supreme Court justice Thurgood Marshall (Marshall) brought history to life with a mesmerizing mix of passion, flair, and incredible care for preserving their humanity. Chadwick expertly dug past the general public’s larger-than-life understanding of these men to exhume their humanity and frame their lives in the midst of racism, tragedy, and triumph.

His work represents the breadth and depth of what it means to be Black. It examines how we somehow manage to be profound agents of change and creativity under the pressure of oppression and systemic racism. So his casting as the incomparable T’Challa felt like a thrilling yet natural next step in depicting our stories. Chadwick brought such nuance, physical prowess, and exhilarating charm to the Wakandan king. He certainly made a global impact through the popular Marvel character, proving what we already knew to be a fact. A Black superhero can have international appeal. 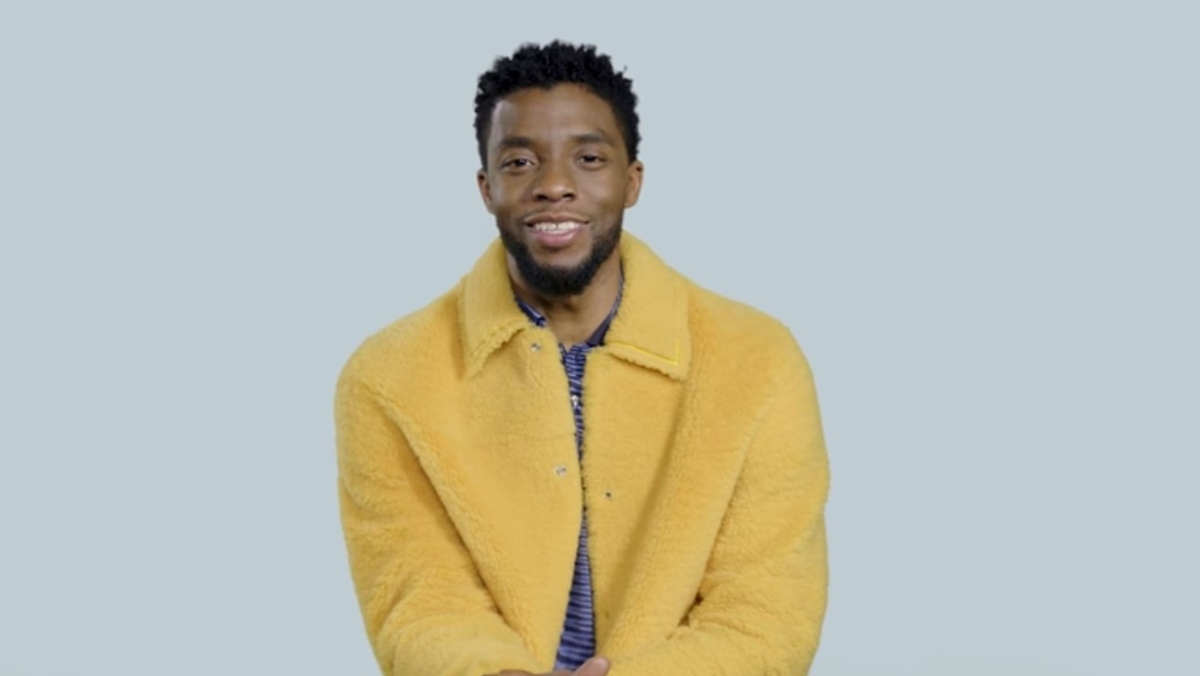 Yet, Blackness is still an undeniable cornerstone in Black Panther‘s story. The film touched a legion of Black people in a deeply personal and collective way.  Seeing him don that epic Panther suit made countless Black nerds, geeks, and movie fans feel an indescribable level of self-empowerment and validation. It left us with this swelling of pride and unbridled excitement. We had a pocket of hope and joy in a world that tries to snuff it out of us at every turn.

How lucky are we to have walked the Earth at the same time as Chadwick? To have experienced his work and level of brilliance in real-time? Thank God we went incredibly hard for Black Panther, showing up to theaters with incredible costumes and Afrocentric outfits. We cheered, we cried, and we shared a transformative and healing experience together.

Kayla Meyer, a Black woman, created the viral hashtag #WhatBlackPantherMeansToMe which inspired fans to speak up on Twitter about how the film changed their lives. Chadwick got to see and acknowledge a lot of this love. And, he deserved every ounce of that positive energy, that joy, that celebration, and the understanding that his art holds a sacred space in the sphere of our experiences.

In a speech honoring his one time benefactor and eventual co-worker Denzel Washington, Chadwick says, “Let he who has watered, be watered. Let he who have given, be given to.” Hopefully, the outpouring of support and love from fans of his work made him feel as those he received proper honor.

In Da 5 Bloods, Chadwick’s character is an ancestor, a guiding light, and revered leader who has made a profound impact on his squad. It’s another befitting role for the South Carolina raised and Howard University trained director and thespian who quickly became a hero and legend to so many. He found his life’s calling and walked in it well—something many of us aspire to do.

Chadwick embodied grace, poise, and a quiet power that felt both regal and everyday man. He was an incredibly dapper and smooth ass dude with unique style, an infectious sly grin, an swoon worthy appreciation for books, and a gait that oozed confidence. Chadwick didn’t owe us anything outside of his work but he gave so much of himself anyway. He honored us with countless Wakanda Forever salutes and hugs to groundbreaking statements about what it means to be young, Black, and gifted. Chadwick stood for Black liberation and justice and for our stories to be at the forefront. He was always for the culture.

He balanced such an ethereal presence with moments of clever wit. He was the King of Shady Looks and keeping Marvel details under wraps. The secret comedian who loved to laugh in interviews and poke a bit of fun at himself (and T’Challa) on Saturday Night Live. The guy who carries a tune with such Southern flair and playfully chops it up with fans. Those moments gave fans lovely peeks into his personality—a true treat considering his intense privacy.

It’s incredibly heartbreaking to think that he poured his heart, body, and soul into his craft while trying to take care of himself. It’s also understandable why he chose to keep this knowledge within his inner circle. The world has a troubling way of filtering a person’s entire life and experiences through a diagnosis.

It tries to tell people what they can and should be doing while living with a disability and that’s not okay. It was his life and he was able to maintain some control and privacy over it. The mere fact that those around him respected him enough to not speak on his private life says so much. It shows how much they loved him and speaks to his keen discernment to surround himself with real ones.

Perhaps there is a gorgeous ancestral plane on the other side of this life. A wide, expansive place of peace with lovely swaying grass, lush trees, and a brilliantly colorful sky. If so, I hope Chadwick’s ancestors are embracing him there. His energy, work, ideals, and legacy transcend mortality. We will feel it for generations to come.

The words “thank you” feel too small to acknowledge the gift Chadwick gave to us. I am sending love to those who worked with him and know him best. And, I will love and adore Chadwick Boseman forever.