We all know what the real holiday of July is—Shark Week. From Great Whites to hammerheads to tiger sharks, this month is all about celebrating a ferocious predator. The Discovery Channel’s annual celebration of all things shark starts Sunday, July 28, and we couldn’t be more excited! With all the carnage we’ll be seeing, we’re gonna need something to wash down all that excitement and fear (mostly fear). What better way than by drinking an aptly-themed, ice-cold beer?

Colorado-based Breckenridge Brewery answered the call. To celebrate Shark Week, the brewing team created the Cherry JAW-some. The sour beer is a nice, cherry lime-aid flavor. Now, obviously cherry-lime isn’t very sharky or aquatic for that matter, but the brew’s coloring is. Thanks to the cherry, the ale is a bloody red tint—you know, the color of a vicious shark attack’s aftermath? The brew also boasts a slightly salty taste, reminiscent of that good ol’ ocean spray. 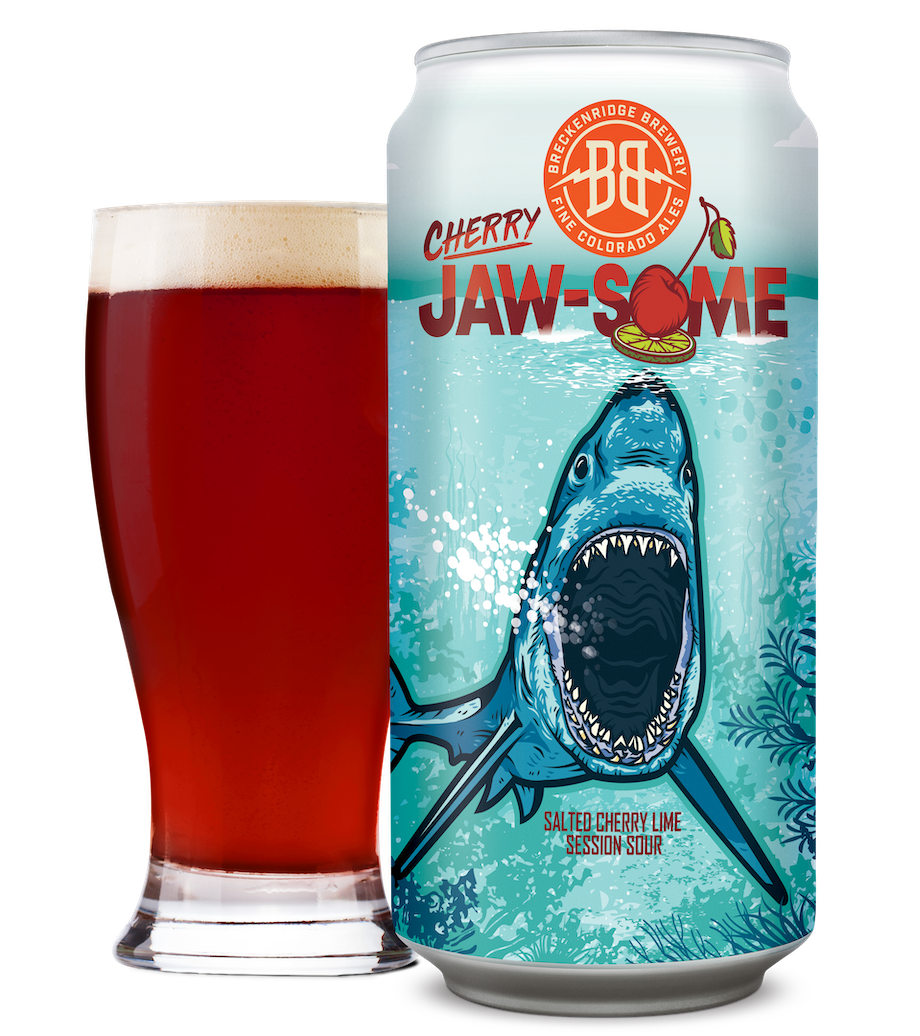 Salty and sour, cherry and lime, sharks and booze—is there any other perfect match? Besides having an exciting flavor and ominous color, we also appreciate the can’s design. We’re getting major Jaws movie poster vibes, with the can’s shark barreling towards a cherry and lime slice. Maybe it’s also a fan of this flavor pairing?

Sipping on this brewski isn’t just for fun and games, though. The brewery is also partnering with Project AWARE to help our ocean friends. For each pint you buy, Breckenridge will donate a dollar to the nonprofit. The organization uses its donations to clean ocean debris, protect sharks and vulnerable species, and fight against overfishing. So, while you’re enjoying Shark Week, make sure to give a toast to our aquatic acquaintances; we’re sure they appreciate your support.

We’re also sure this beer is probably great to have at the beach. Yet, do you really want to catch some waves during Shark Week? We’re not trying to get attacked, or, you know, sunburnt. So, we’ll be enjoying Cherry JAW-some from the comfort of our homes with sharks on the television screen.