Thanks to movies from Jaws to The Meg, sharks have been vilified as the ocean’s fiercest killers, “perfect eating machines” that do not hesitate to consume humans or any other living being unlucky enough to land in their path. But a new study indicates that at least one species is decidedly more catholic in their tastes—welcome news for anybody not in the immediate vicinity of Roy Scheider or Jason Statham.

As reported by Mashable, Researchers at the University of California-Irvine and Florida International University published a study identifying the bonnethead shark as the first known omnivorous shark. After studying its digestive system, they determined that plant matter makes up as much as 60 percent of the animal’s dietary needs—seagrass meadows off the coasts of the Atlantic Ocean and the Gulf of Mexico—rather than simply passing that through their system as  they consume other fish, crustaceans and mollusks. 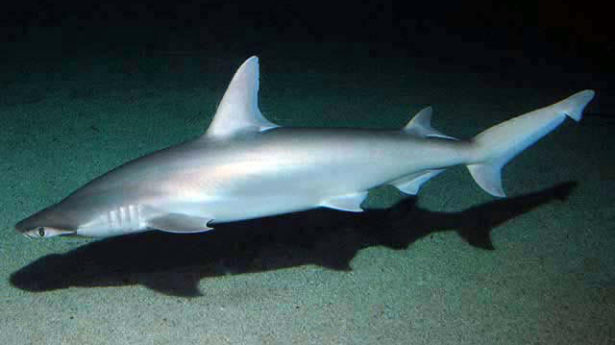 The study, co-authored by Samantha Leigh, Yannis Papastamatiou, and Donovan German, additionally revealed that these particular sharks possess a specific enzyme that enables them to digest the seagrass and other plant matter effectively; this is another indicator not just of their capacity for, but of their biological disposition towards, having some kind of salad at every meal.

While the immediate impact of this discovery seems negligible (other than allowing for a small sigh of relief whenever you see one in the water, once you’ve memorized what they look like), the long-term effects on their ecosystem have the potential to be huge, especially since there are approximately 4.9 million of them alongside the countless other species with which they cohabitate.

“This is critical to effectively formulating conservation efforts,” the study claims. “Understanding how the consumption and digestion habits of bonnethead sharks impacts seagrass ecosystems is important as these omnivores may stabilize food web dynamics and even play a role in nutrient redistribution and transport.”

The downside for humans is that bonnethead sharks look a little bit like hammerheads, so if you’re splashing around there may not be time to distinguish one from the other. In fact, DNA analysis suggests that bonnethead sharks are the product of more recent developments in a 25-million-year evolutionary process, from their genetic cousin. But that’s also the good news: if it only took, like, 25 million years for these sharks to add some leafy greens to their diet, there’s hope for hammerheads everywhere. And from there, who knows? Maybe the Meg sequel will be a super-sized shark, just, you know, going to town on a salad bar at Souplantation.