As a longtime cat owner I think I’ve managed to get my feline family members to do exactly what I want, exactly when I want them to, zero times. Cats aren’t really into “instructions,” you know? They run when they want, jump when they feel like it, and ignore me constantly. Also, mine have always hated wearing any kind of clothing or accessory. Your kitty might be okay with that cute little hat you bought them, but not mine. My cat once escaped from a post-surgery full body suit like she was Houdini incarnate. That’s why this video of a bunch of cats wearing motion sensors and obeying orders so their movements could be captured digitally is basically magic to me.

This short adorable video (which we first saw at Laughing Squid) comes from the Hungarian animation studio Digic Pictures. Based out of Budapest, the studio has worked on game cinematics for some huge franchises. That includes series like Assassin’s Creed, Halo, Call of Duty, Warhammer, and Final Fantasy just to name a few.

For this motion-capture work they outfitted a bunch of cats with sensors. (Which the cats barely seemed to notice, which is a great sign they didn’t hurt.) They were then led up, across, and through little obstacles to get a full range of motions. While the baseline capture is just a bunch of lines that look nothing like the smooth movements of a cat, this footage will help the studio accurately animate cats in games. 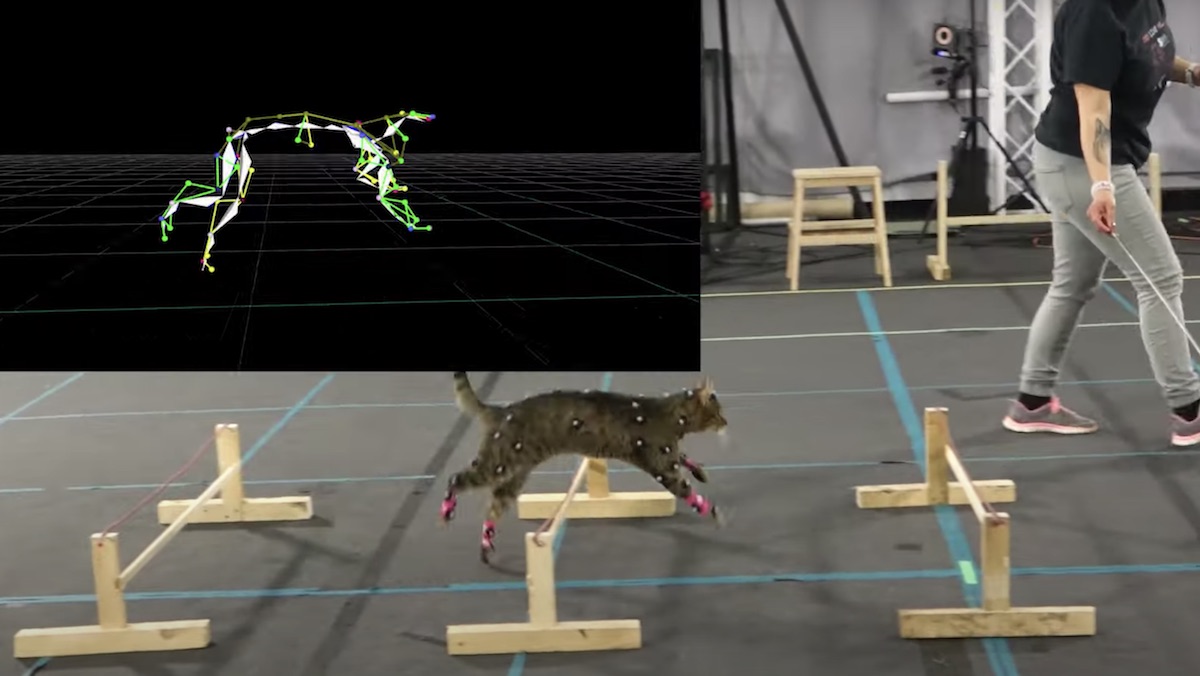 We don’t want to ignore the work of the cats, though. This is one professional group of felines. They did what they needed to do when they were told to do it. And they did it all with minimal complaints. Meanwhile, if I tried to hold my cat long enough to put these motion sensors on her, the only footage Digic Pictures would capture is how cats can scratch their owners before wiggling out of their arms like their bones can turn to jelly.