Every cat owner knows that horrible feeling of waking up in the middle of the night because of unexplained feline activity. Cats are weird. Really weird. They don’t care if you are comfortably sleeping in your bed. That never stops them from racing up and down the stairs at 3 a.m. for no obvious reason. That’s actually the perfect time to knock over some pans in the kitchen. And it’s the ideal opportunity to jump on your head like an angry demon. All that strangeness is enough to make you think your cat is possessed. And they might be. Which is why their late night actions make for the perfect Paranormal Activity parody video “Purranormal Activity.” It captures the true nightmare of being haunted by a little furry terror.

This hilarious video (which we first came across at Digg) comes from the YouTube channel OwlKitty. It’s originally from 2019. But with everyone still stuck at home and running out of things to watch, the internet is now combing through its best archived material. And this Paranormal Activity spoof definitely fits the bill.

The clever parody features the same night vision bedroom camera setup as the popular horror franchise. But the evil presence terrorizing Katie and Micah isn’t some childhood monster. It’s their very own cat, who for the last two years has made nighttime a nightmare. 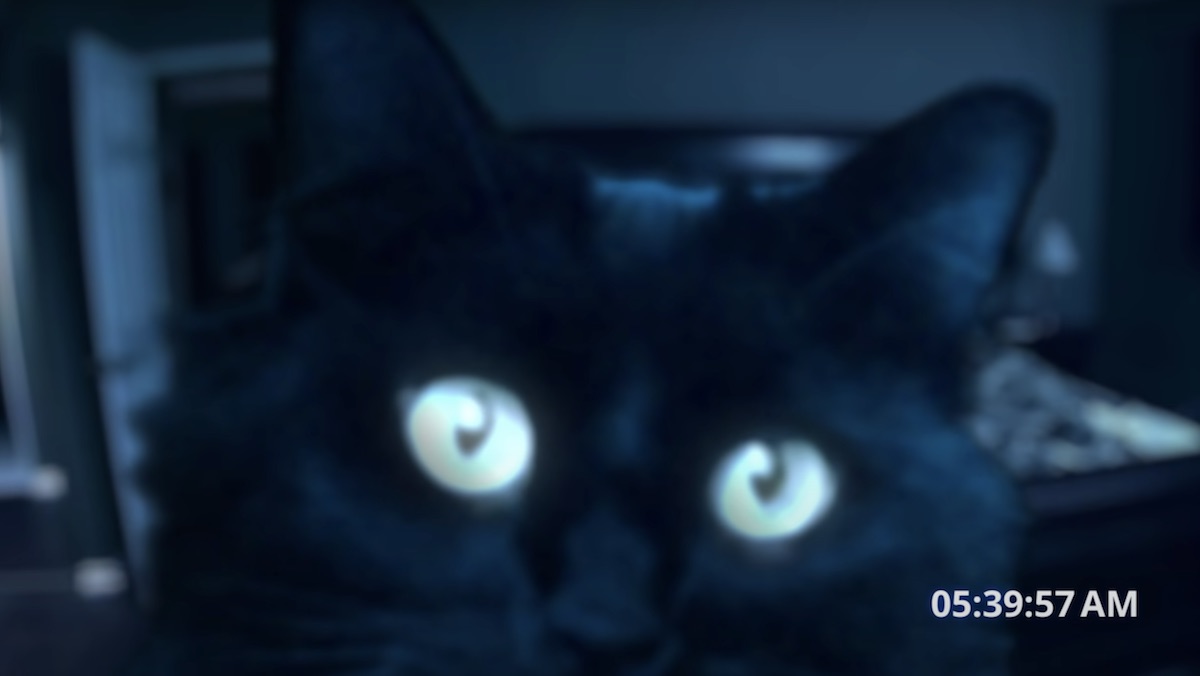 Otherwise normal cat activities are far more sinister in the dead of night. Especially when the footage is sped up. It’s truly terrifying to see this kitten crawl over every surface, including the door. And knocking over a glass of water is only one step below actually stabbing its sleeping owners. But this furry feline saves its most violent act for the end.

Because every cat owner knows the only thing scarier than being woken up by a cat is waking up and accidentally stepping in its vomit.