The holiday season is somehow upon us once more. This means it’s time to break out the homemade Christmas tree ornaments, sip some eggnog, and enjoy a bevy of holiday films. There are hordes of cozy made-for-TV selections courtesy of Hallmark and Lifetime—and most recently, Netflix—to marathon. But we still find time for the classics: White Christmas, Miracle on 34th Street, A Christmas Story, and, of course, Home Alone.

The 1990 film and its sequel are nothing short of iconic. Both see young Kevin McCallister face off against a pair of bumbling thieves while separated from his family at Christmastime. Catherine O’Hara stars as Kate McCallister, Kevin’s frazzled mother, desperate to reunite with her son—twice! In a hilarious new TikTok, which we first saw at Inside the Magic, O’Hara recreates the moment in Home Alone 2 when Kate realizes Kevin is missing again and faints. The TikTok, which is a duet featuring O’Hara and the scene in the original film, is absolutely hilarious.

O’Hara’s TikTok is also very timely. A recent Glamour article indicated that many people weren’t aware that Moira Rose from Schitt’s Creek and Kate McCallister were played by the same actress. Now, Moira and Kate have very different energies. But they’ve both managed to misplace their children so the similarities certainly exist. 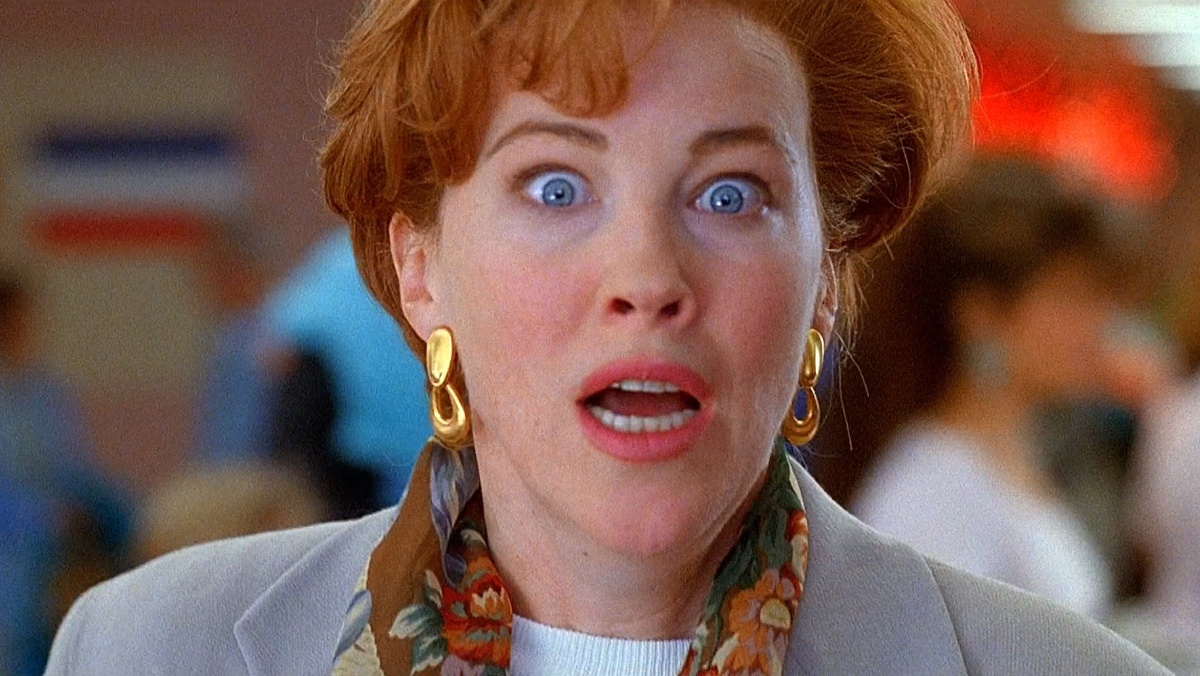 However, this particular “revelation” led to a bit of an outcry on Twitter—albeit, largely delightful. O’Hara’s most recently known for her dazzling Moira Rose, but her prolific career spans decades. Fans took to Twitter to share their favorite O’Hara performances, from SCTV and Christopher Guest movies to Beetlejuice and The Nightmare Before Christmas. And, of course, the Home Alone movies.

This is not only a very wholesome Twitter trend; it’s the perfect reminder that there’s a Catherine O’Hara movie for pretty much every season.