Here Are All the New Christmas Movies Coming in 2020 - Nerdist

Here Are All the New Christmas Movies Coming in 2020

Welcome to your one-stop shop for the most exciting Christmas movies hitting screens this year! The below list features candy-striped joy from Lifetime, Hallmark, Netflix, and Hulu. From groundbreaking queer romances to cutesy children’s flicks, 2020 is finally coming through with some stuff to look forward to. Peruse below, and treat yourself to a little bit of unabashed Christmas cheer!

Where to watch: Lifetime
When to watch: October 24

Christmas Unwrapped centers on a cynical reporter (Amber Stevens West) who heads to a small town to investigate an eccentric millionaire (Marco Grazzini). The twist comes when the wealthy businessman declares that the presents he provides each year are actually from Santa Claus himself!

Where to watch: Netflix
When to watch: October 28

Emma Roberts stars in this new take on a fan-favorite romance trope. Sloane is single and tired of it, so she teams up with Jackson (Luke Bracey) to fake-date their way through the calendar. As a bonus, they date through each and every holiday, so there will be plenty of seasonal fun here. 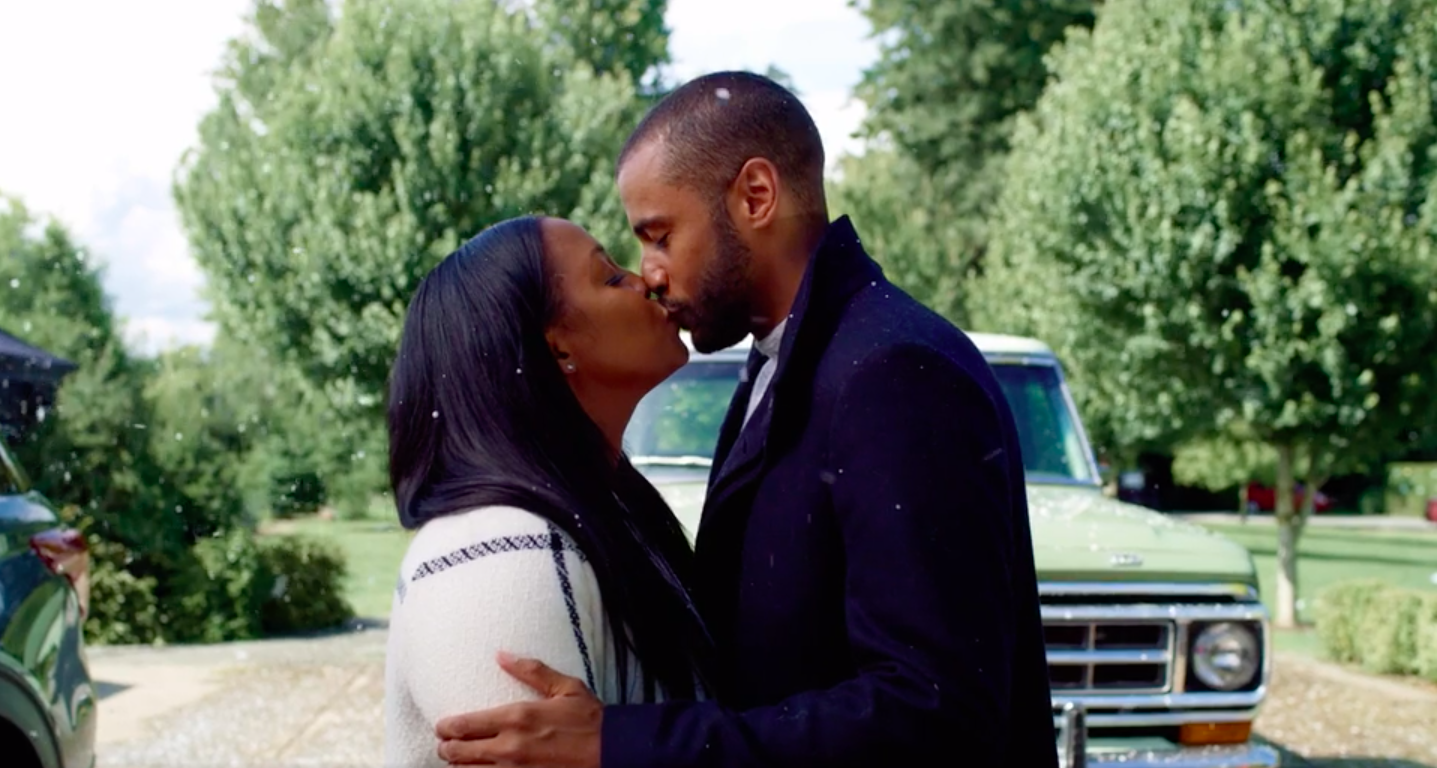 Where to watch: Lifetime
When to watch: November 1

People are always “returning home” in holiday movies, and Keshia Knight Pulliam is the one visiting in this sweet-looking romance. Taking care of her niece and nephew reignites Rebecca Miller’s love for Christmas. Also reignited: her passions for a childhood friend who used to play a large part in her favorite festive tradition.

A couple of years ago, Netflix noticed that there was a dearth of Black-led Christmas movies on the main holiday networks, and they began to deliver. Their newest offering is a musical starring Forest Whitaker as a bitter toy maker, with songs by John Legend. After an act of betrayal by his apprentice, Whitaker’s life is turned around by his inventive granddaughter. 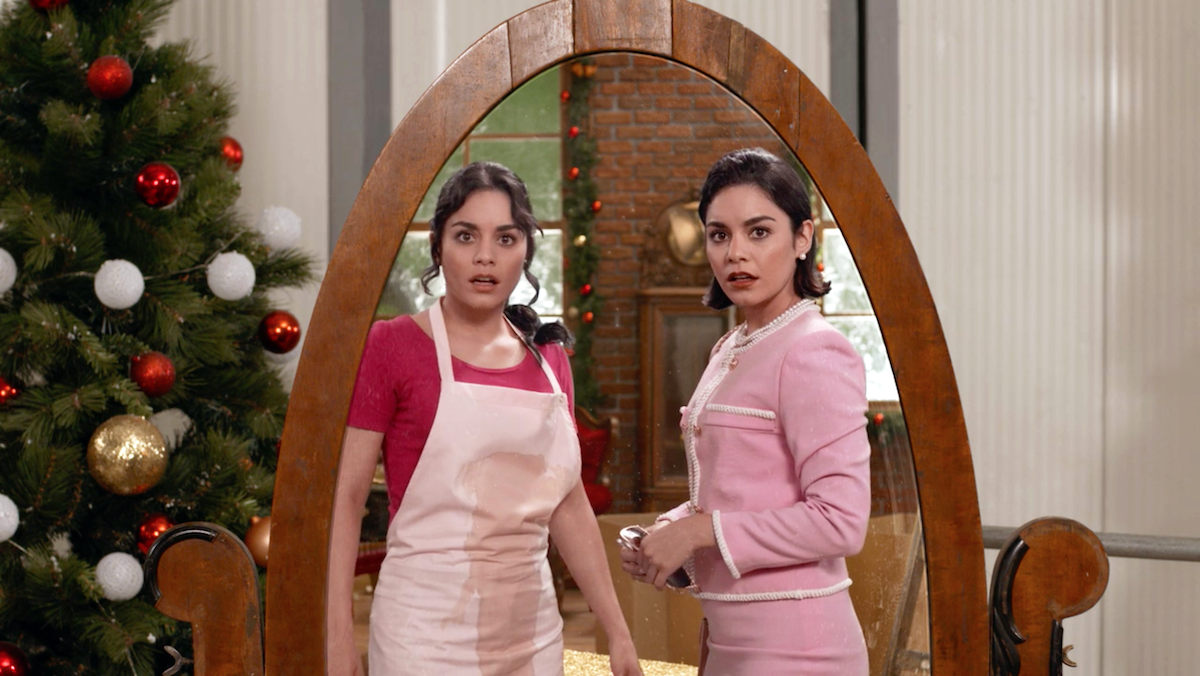 If two Vanessa Ann Hudgens weren’t enough for you, then get ready for three. Continuing her stint of joyously ridiculous Christmas movie, Hudgens returns in multiple roles for this sequel. When the Duchess (Hudgens) inherits the throne, her doppelgänger (Hudgens) has to save the day before a new lookalike (Hudgens) destroys the idyllic life they’ve created. 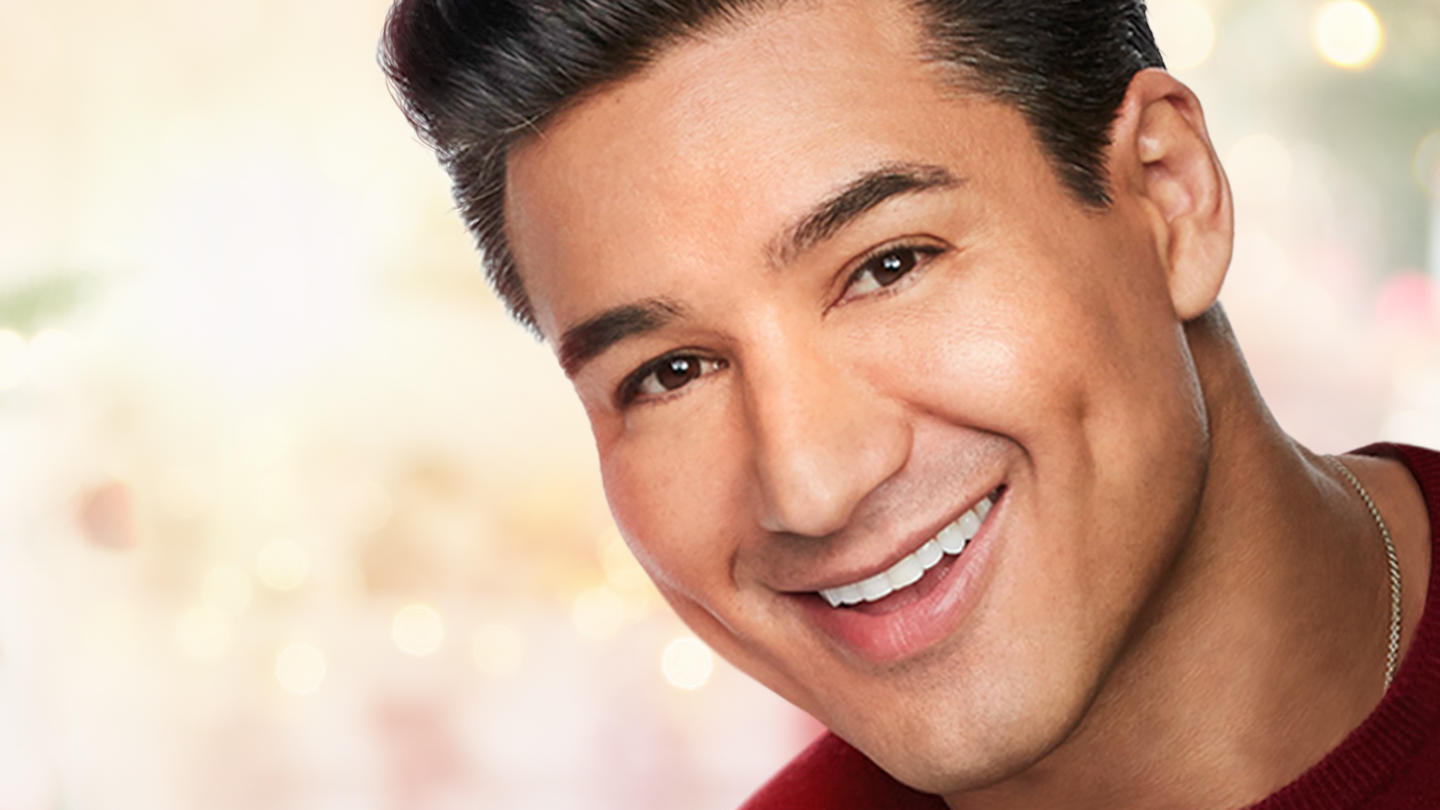 Where to watch: Lifetime
When to watch: November 21

Starring  Mario Lopez and directed by Melissa Joan Hart our ’90s childhood hearts should be warmed by this one. This story centers on Lopez’s widower who is struggling to find the Christmas spirit after losing his wife. But championed by his young daughter he finds hope and happiness again over the festive season with a witty musician.

Christmas on the Square

Dolly Parton and Christine Baranski bless us with a brand new musical this year. Baranski plays a scrooge-like character and Parton takes on the role of the angel trying to make her a better person. Think Christmas Carol mixed with It’s a Wonderful Life with a lot more singing (14 songs!) and diamantes.

Where to watch: Hallmark
When to watch: November 22

Mean Girls’ Jonathan Bennett stars in Hallmark’s very first LGBTQ+ led movie. Bennett stars as Brandon who returns home with his husband while they wait to hear about their potential adoption. They’re joined by his brother who reconnects with an old flame. But let’s hope that’s just a secondary romance to appease the straights, as Hallmark is overdue a queer led film.

Silver fox Kurt Russell’s Santa Claus made waves in The Christmas Chronicles in 2018. Now, Russell and his real life wife Goldie Hawn are back for a sequel; if it’s half as much fun as the first movie, we can’t wait. The pair return to team up with the kids from the first movie and save the festive season from a villain who wants to cancel Christmas forever! 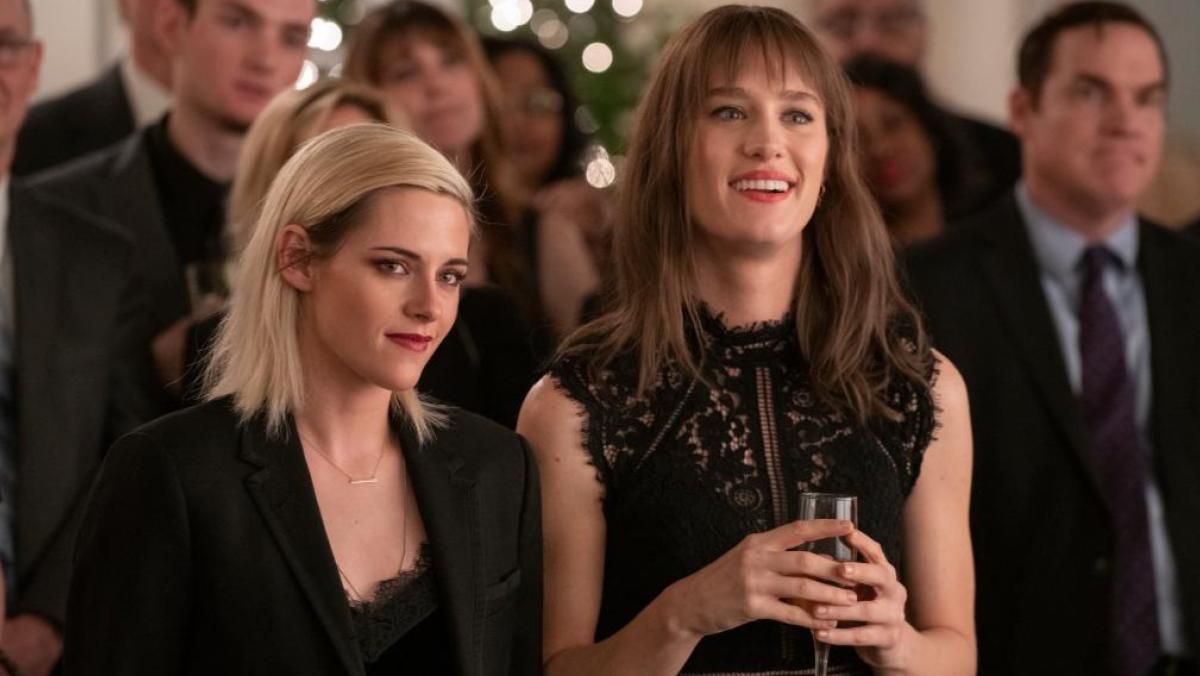 Originally meant for cinemas, this highly-anticipated Kristen Stewart and Mackenzie Davies romance is now headed straight to Hulu. A woman’s proposal is scuppered when she realizes her would-be-wife isn’t out to her conservative family. This bigger budget Hollywood offering is a must-watch this holiday season. 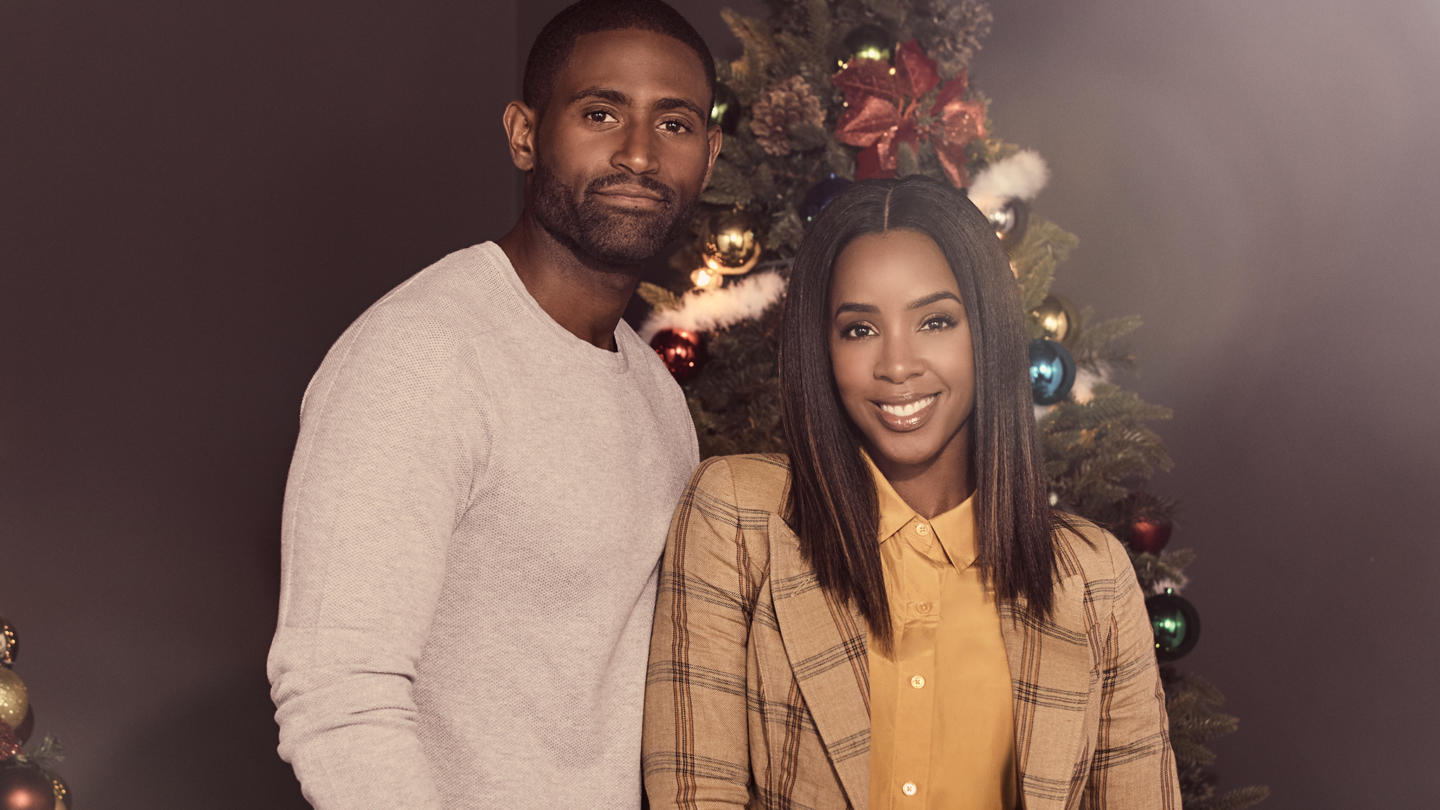 Where to watch: Lifetime
When to watch: November 28

Kelly Rowland is a good enough reason to watch anything, and she stars in and produces this Lifetime sequel. Fancy tech entrepreneur Jacquie is getting ready to marry Tyler (Thomas Cardot). But their dream destination wedding is hampered—just like their first Christmas—by her family, wedding planner, and the drama of life.

Where to watch: Lifetime
When to watch: December 5

Kyla Pratt and Brooks Darnell star as college sweethearts who reconnect on Christmas Eve. Although their lives take them in different directions—and to different continents—the pair think they might be meant for each other. But a decision to meet on December 24 two years later opens the opportunity for a festive romantic rekindling.

Where to watch: Lifetime
When to watch: December 6

Tony-winning Ali Stroker stars as a romance writer holed up in her fave cozy bed and breakfast. Struggling with writer’s block, she finds inspiration in the form of a hunky new man. The strange thing is that he reminds her a lot of the lead in her popular book series. Honestly still can’t believe we’re getting a Christmas romance movie with a wheelchair user as the lead! 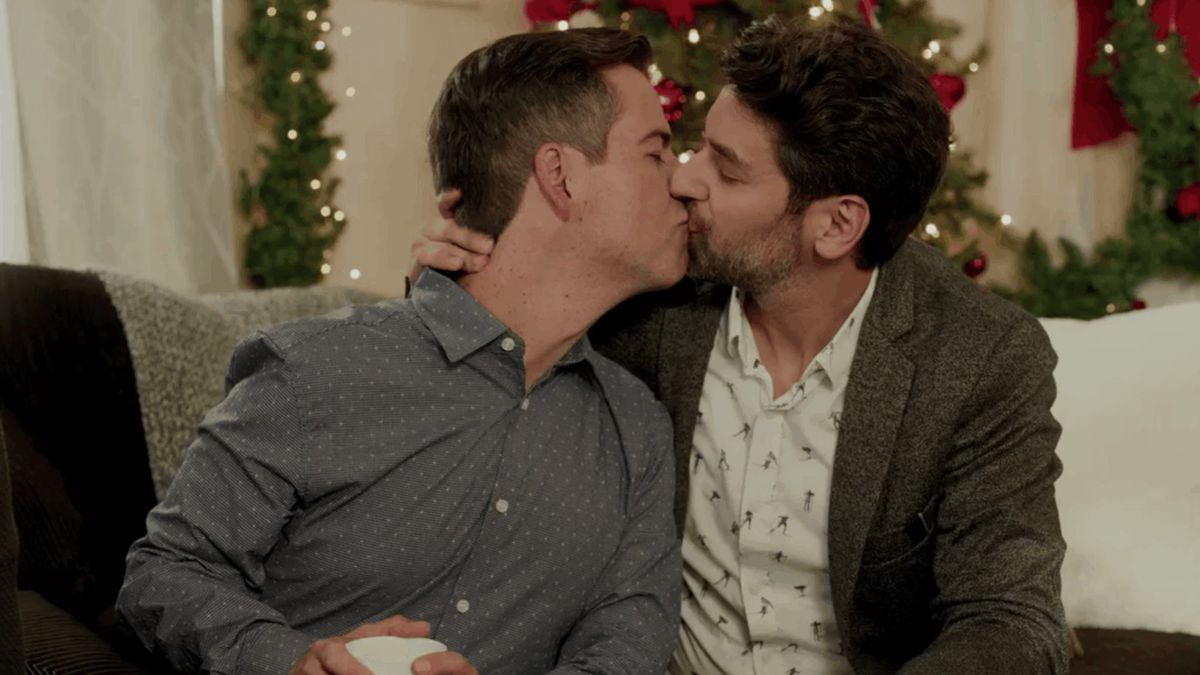 Where to watch: Lifetime
When to watch: December 12

Though Lifetime has been doing good work making more diverse holiday movies, this is their first Christmas movies about a gay couple. Starring real life husbands Ben Lewis and Blake Lee, the movie follows a man who returns to his hometown where his mom (Fran Drescher) sets him up with an old crush.

Lifetime’s first ever Asian-American-led Christmas movie centers on another must when it comes to holiday movies: a baking competition! Suzie (Jacky Lai) shakes things up at her hometown’s annual gingerbread house contest with a new twist inspired by her own family. Tony Giroux plays the school friend she teams up with in the kitchen… and in love.