The Castlevania series has been a video game mainstay since the late 1980s, spawning its own franchise with comic books, spin-off games, and a Netflix animated TV show. One of the most interesting pieces of Castlevania history is Castlevania: Resurrection. The ill-fated game was set to be the 17th title in the series for the Sega Dreamcast console; the latter itself had a very short shelf life. Castlevania: Resurrection met a March 2000 cancellation, causing a wave of sadness for players. Now, the title is back in the ethos after a prototype surfaced on Sega Dreamcast Info. The website, maintained by Laurent Comby, is all about preserving Sega’s rich history in every way. 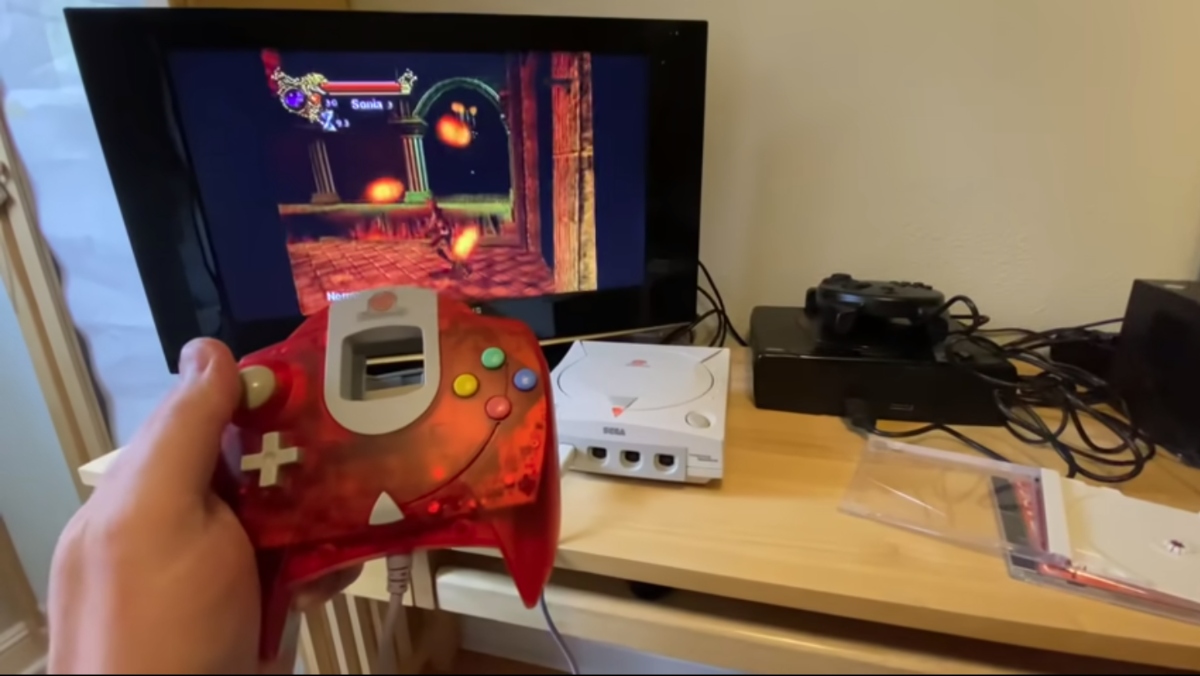 This prototype, which we learned about via Collider, predates E3 1999, where a select few people got to see Castlevania: Resurrection’s demonstration. An accompanying video gives fans a peek into a version of this world that they never got to explore. It’s a relatively short clip but it shows a very unfinished 3D game with glimpses of Sonia Belmont running around. She’s apparently escaping an apparatus of some sort. This title would have been about her story alongside introducing Victor Belmont, who eventually got a different intro in Castlevania: Lords of Shadow 2.

There are several selections like “courtyard,” “hall,” “corridor,” and “chapel” for players, which makes sense for such an early model. The developers were still presumably working on how to make everything connect and flow well, which certainly wasn’t easy 20 years ago. Either way, its incredibly cool to see a version of this game in action for the first time.

We love a hit of Dreamcast and Castlevania nostalgia. It’s not clear what the owner will do with the disc or the best way to try to preserve it. But, hopefully Castlevania: Resurrection will continue to survive in some form.