Researchers at Seoul National University’s Biorobotics Laboratory have created a prototype gadget that can walk your phone back to a wireless charger. The researchers have dubbed the gadget “CaseCrawler” and, as its name implies, it is mildly creepy. Especially since CaseCrawler looks like a jumbo mechanical tardigrade.

Gizmodo picked up on the South Korean researchers’ creation, which is technically a “low-profile movable platform with a high payload capacity.” The researchers responsible for CaseCrawler, including Jongeun Lee et al., described their prototype in a paper published in IEEE Robotics and Automation Letters.

The researchers note in their paper that the robot is essentially a phone case with “crawling legs” stored on its back. Using its six legs—which are reminiscent of cilia—CaseCrawler can carry a load of 10.6 ounces, or 13 times its own body weight. (For reference, an iPhone 11 weighs 6.84 ounces.) The oddly organic walking phone case can also crawl over obstacles up to .6 inches in height. 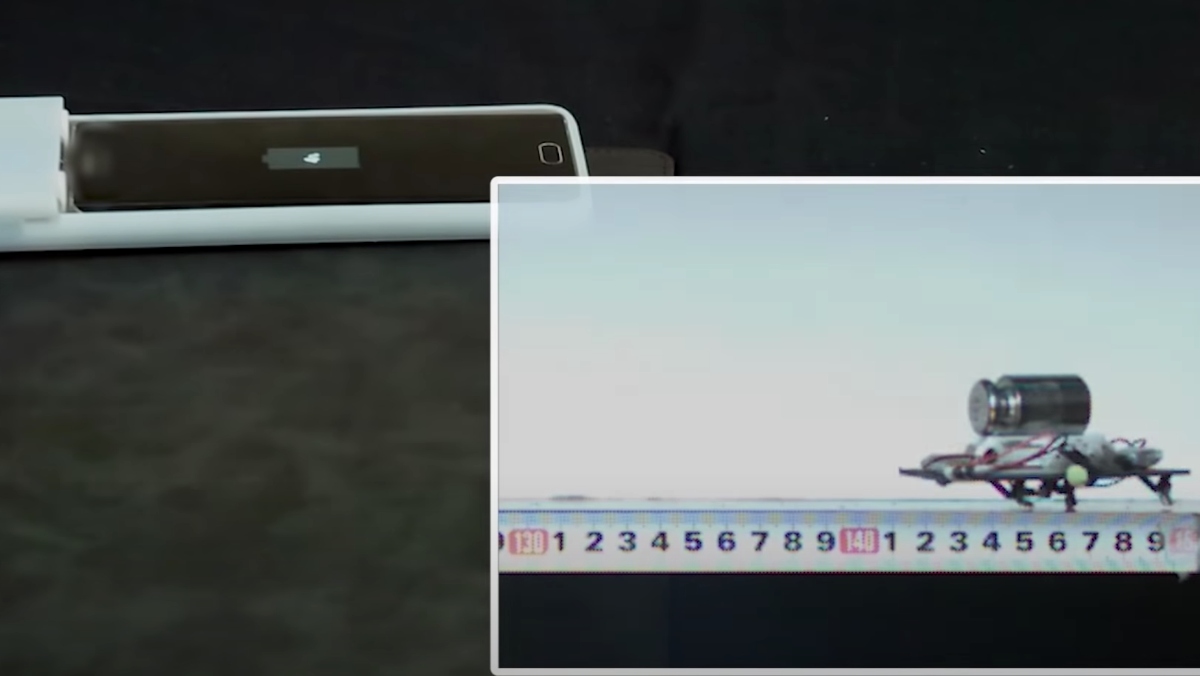 Unfortunately, it appears that CaseCrawler only works with wireless charging pads at this point. While the gadget’s vibrating legs are certainly sturdy and… jittery, they don’t seem capable of shepherding dextrous insertion.

Moving forward, IEEE Spectrum says Lee and his colleagues plan to explore how to make other objects self-moving. The researchers also want to add “some autonomy” to CaseCrawler, although it’s unclear what that means. IEEE Spectrum also says that the tech appears to be “fundamentally inexpensive enough” that it could eventually crawl into the marketplace.

Researchers have developed a cellphone case with little robotic legs, endowing your phone with the ability to skitter around autonomously. https://t.co/Dnzmq9pfG6

What do you think about this phone case with robotic legs? Are you thrilled at the thought of having a CaseCrawler of your own? Or would you prefer a robotic Cambrian Explosion of sorts not begin in your living room? Let us know your thoughts in the comments!