Carol Danvers has a lot of responsibility weighing on her blue, red, and gold shoulders. She’s one of the most beloved superheroes of recent years, and very soon will be the star of the first female-led film in the MCU. When we sat down on set with Brie Larsonâ€”the actor who’s bringing her to lifeâ€”she was quick to gush about the love story at the center of the film. But it’s not your usual romantic entanglement. In fact, according to Larson, it’s the friendship that Carol shares with her best friend and fellow pilot Maria that is the glue that holds the science fiction epic together. 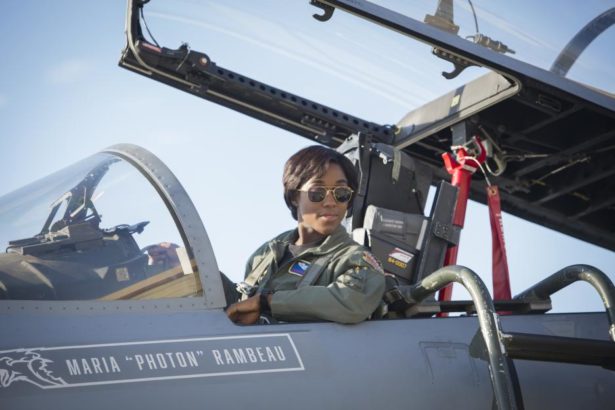 When Lashana Lynch was cast in Captain Marvel, the rumor mill was already turning. Fans wondered if she would be playing Monica Rambeau, another hero who took on the mantle of Captain Marvel decades before Carol. Recently it was revealed that she’s actually playing Maria Rambeau, Monica’s mother. For Larson, this is one of the most vital relationships in the film. “I think the Maria dynamic is really important in this movie,” Larson said. “She’s the representation of love in this film. And it’s something that I’m very proud of, that love relationship. It’s a deep love relationship; it’s not by the same lustful definition that we usually attribute to movies of this size. It’s more complex and also I think more meaningful than most love relationships that I see in films like this.” 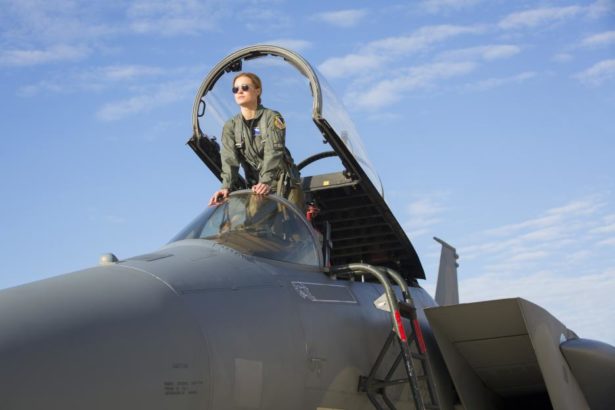 According to Larson, Danvers isn’t the only strong female lead in the film or in the actor’s life. “Maria as a character is an incredible badass in her own way and they are equals,” Larson said. “I think seeing two women that have a playful competitiveness while also mutual respect and careâ€”and have gone through so much together, there’s a lot of historyâ€”and are just best friends is something that I’m excited to see because those uncomplicated sort of female friendships are sort of rare to see. I have a lot of them in my life, so to be able to bring that onscreen with someone who’s just so crazy talented and smart and beautiful and wonderful and is doing her own part to make sure that there are revolutions in a movie that are her own, that she’s creating, is just awesome.”