Brie Larson Calls Captain Marvel Her Most Dynamic Character Ever

There’s only a few months left until we get to see Captain Marvel crash to Earth and into our local movie theaters. Earlier this year we were lucky enough to sit down with the superhero herself when we visited the set of the massive Marvel movie. During our chat, Larson shared some of her thoughts about Carol Danvers and how bringing her to life has changed the way that the actor has approached the “most dynamic character” that she’s ever played.In the comics, Carol is known for her whip smart humor and sure-footedness, which according to Larson is not something that she’ll be losing in the adaptation. “I think she has an ego, but in a healthy way,” Larson said. “She doesn’t have an unrealistic expectation of herself. She just owns that she’s really good and really skilled, which feels good to play. She also has an incredible sense of humor, makes fun of herself, makes fun of other people, and has no issue if someone makes fun of her.” 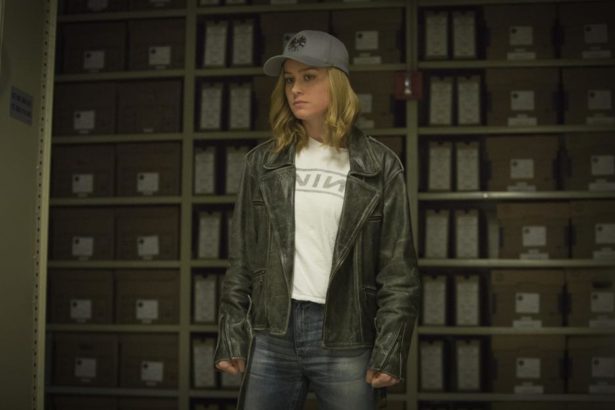 Though Larson has an an eclectic career, she was quick to state that Carol and her superhero alter-ego are an entirely new ballgame. “I will say that this character is probably the most dynamic character that I’ve ever played,” Larson said. “As of nowâ€”and we’ll see what the movie isâ€”but as of now it’s been the most range I’ve ever played in a character. I’ve had to go through every emotion possible with her. And a lot of this movie, although it has great comedy in it, there’s also real depth to it and emotion. So I think that the film will have a lot, which for me, that’s what I want. I wanna see complicated female characters. I wanna see myself, and I’m not a simple person. I surprise myself constantly by what’s happening and what’s coming up. So hopefully that’s what comes out on screen.”Joining Larson on set is Kelly Sue DeConnick, who has written for the iconic character’s comics series.Â Larson is clearly a huge fan. “Oh gosh, I have to admit that talking with her was so surreal,” the actor said. “I feel like I just blacked out. I felt really nervous because it’s this woman that she created, that I feel very certain she knows way better than I do. I just was so honored to receive her blessing and to see how excited she was. And that felt like a relief to me because she pushed this forward, you know? We wouldn’t be here without her, really. I’m so grateful for that character that she created, and now we’re just kind of following the breadcrumb trail that she made, you know?”

We cannot wait to see what Larson, DeConnick, and the whole production team bring to the big screen when Captain Marvel hits on March 8, 2019.