Where Was Carol Danvers Between CAPTAIN MARVEL and AVENGERS: ENDGAME? - Nerdist

Where Was Carol Danvers Between CAPTAIN MARVEL and AVENGERS: ENDGAME?

We know very little about Captain Marvel’s role in Avengers: Endgame based on the trailers we’ve seen thus far. We know she shows up answering Fury’s signal, and plans to help the Avengers kick Thanos’ ass. But in the latest clip from the film (which you can view below), Carol Danvers explains to the others just where she’s been these past 25 years.

She mentions “lots of other planets in the universe” that she’s been helping out. Which planets could Carol have been defending? And what do they mean for not only her inevitable sequel, but also possibly for Endgame? Here are our guesses for the Marvel Comics worlds that Captain Marvel could have been the champion of during her long hiatus away from Earth, and what it could mean for the future of the MCU. 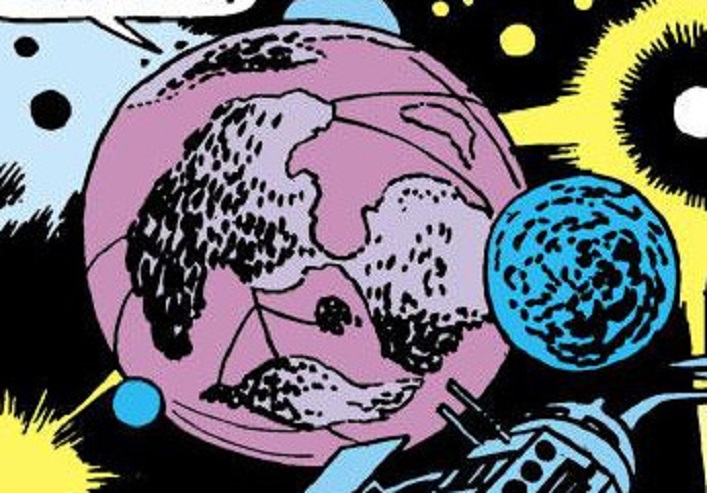 So at the end of Captain Marvel, we see Carol head off into space in an effort to find a new home for the refugee Skrulls. Supposedly, the long war between the Kree and the Skrulls resulted in the Skrull homeworld getting decimated. So that probably means we won’t see Carol fighting on Skrullos, the original home of the Skrull race.

But in the comics, after the Skrull Throneworld was decimated by Galactus, they found a new home planet called  Tarnax IV. Could Tarnax be the world that Carol takes the Skrull refugees to? And could she have been defending them from the Kree invaders all this time? A long war against the very people who trained her could make her quite the formidable fighter when Endgame begins. 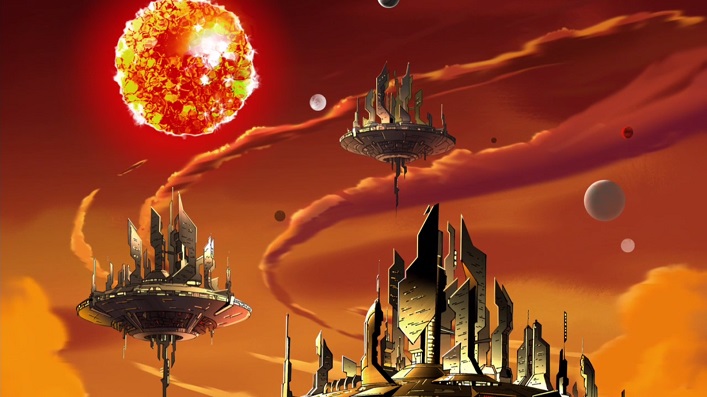 Korbin is a planet in the Marvel Universe which is located in the Burning Galaxy. Eventually, Korbin was attacked by an army of Fire Demons sent to that planet by the giant Surtur, the ruler of Muspelheim. To help stop Surtur, the Korbins chose their greatest warrior and used their technology to turn him in to the Thor-like champion named Beta Ray Bill. But what if Carol went to Korbin to help Bill in defending his home planet?

We know that in Thor: Ragnarok, the God of Thunder defeats the Fire Demon, only to later resurrect him and let him destroy Asgard. But what if he invaded Korbin first, years ago in the MCU, and that world needed to create their own hammer-wielding champion to defeat him? If Captain Marvel assisted Beta Ray Bill once, it would explain why she seems to have an affinity with Thor in the Endgame trailers we’ve seen so far. Because Beta Ray Bill is pretty much Thor, if Thor happened to be an anthropomorphic horse. 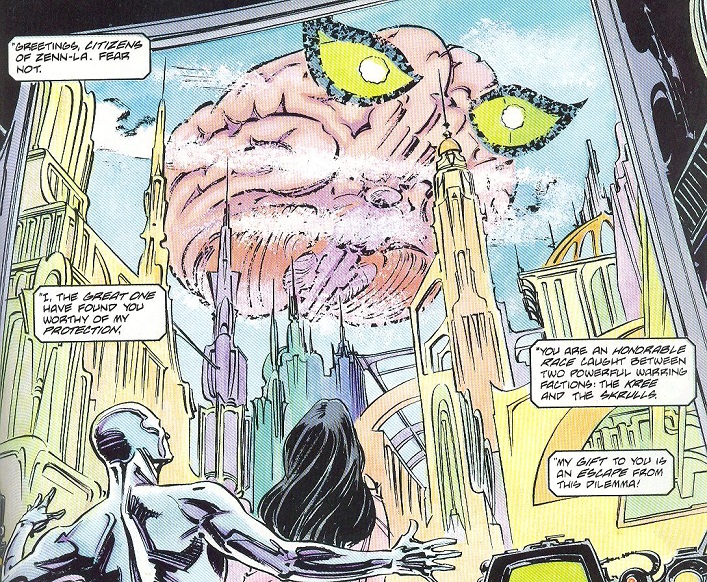 At some point, the MCU is going to introduce the Silver Surfer into the mix. A good way to plant the seeds for his eventual introduction would be to have Carol defending his former home planet of Zenn-La. Now, even if we see Captain Marvel defending Zenn-La some time in 1997, that is still long after Norrin Radd has been transformed into the Silver Surfer. But if she helps to save Zenn-La from some unknown alien force, that could set the stage for a future Captain Marvel/Silver Surfer team-up down the line. And who doesn’t want to see that awesomeness?

This world is the throne world to the Shi’ar Imperium, one of the Marvel Universe’s best known cosmic empires. This space faring race has a long history of tying in to the overall X-Men saga, so that has kept them off the table for use in the Marvel Cinematic Universe. Until now, that is. One of Carol Danvers’ best known adversaries in the comics has long been Deathbird, the villainous sister to the ruler of the Shi’ar. While the Avengers were defending the Earth from Loki, could Captain Marvel have been saving the Shi’ar home world from the winged terror called Deathbird? That’s a Captain Marvel sequel we’d like to watch!

Speaking of the Shi’ar, one of the planets in the Shi’ar Empire is world called Spartax. In the comics, Spartax is a militaristic planet (Sparta = Spartax. Get it?) It was the home of J’son, who ruled that planet and was the father of Peter Quill of the Guardians of the Galaxy. Now, the movies changed the nature of Peter Quill’s parentage, but that doesn’t mean that Spartax does not exist in the MCU. And considering that Captain Marvel herself was a member of the Guardians for a brief time and helped defend Spartax in the comics, could that have been one of the planets she was protecting during her  time away from Earth?