Although Carol Danvers has fighting crime for over 40 years ( under many different codenames until becoming Captain Marvel), she’s largely had to deal with the villains of other famous super heroes—notably bad guys that debuted in the pages of Iron Man or Avengers—rather than enemies of her very own.

However, there have been a few villains that made their first appearances in books starring Carol Danvers before finding bigger fame elsewhere, or who debuted in other Marvel titles but became most prominently associated with Carol. Below, we take a look at five Captain Marvel villains who have stood out as her most infamous over the years… and who would be ideal for a Captain Marvel sequel. 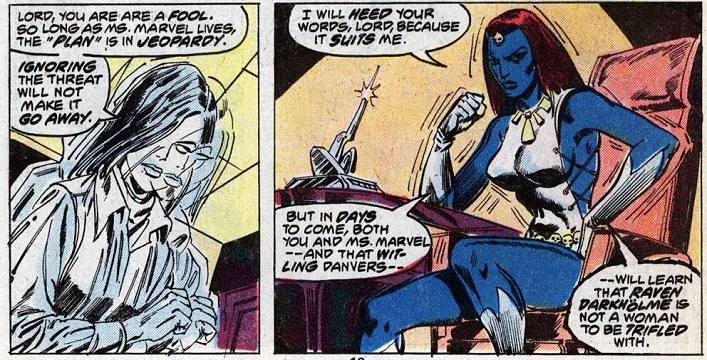 Although the mutant shapeshifter Mystique has long been viewed as an X-Men character (Carol has a history of facing off with X-Men characters), she debuted as a villain for Carol Danvers, way back in Ms. Marvel #16 in 1978. Over a three-issue storyline, Mystique used her powers to masquerade as Nick Fury in an effort to use S.H.I.E.L.D. resources against Ms. Marvel, but was ultimately discovered by Carol.

Writer Chris Claremont had planned to use Mystique as a main villain for Carol’s series, but his plans were scuttled when Ms. Marvel’s original ongoing comic ended in 1978. In fact, the story where Mystique’s adopted daughter Rogue drained Ms. Marvel was originally meant to occur in Carol’s series before it was canceled; it was later used in Avengers. With the Disney/Fox merger around the corner, maybe Mystique can make her MCU debut in Captain Marvel 2. 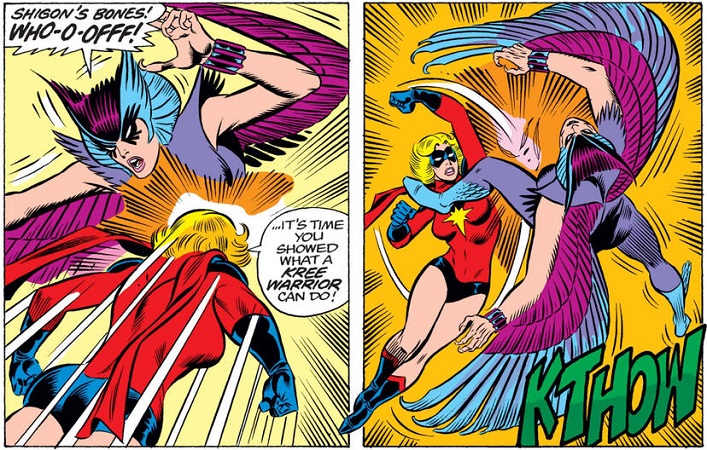 The winged alien warrior known as Deathbird is another villain traditionally associated with the X-Men lore, but she actually debuted in the pages of Ms. Marvel as an adversary. Deathbird, who had avian powers including wings and deadly sharp talons, was really Cal’syee Neramani of the Ruling House of the Shi’ar Imperium, who was exiled from her home world after the murders of her mother and sister. Her younger sister Lilandra became ruler of the Shi’ar and a major player in The Uncanny X-Men, but Deathbird started out as a villain for Carol Danvers. It would be interesting if the Shi’ar and their whole world made their MCU debut in a Captain Marvel sequel and not in an X-Men film. 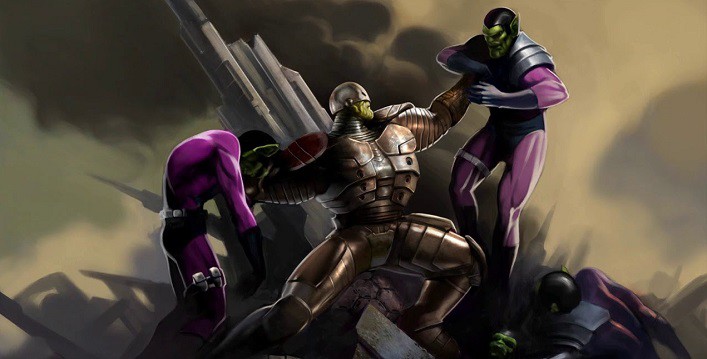 A more recent villain, having debuted in 2005, the being called Titannus has come into conflict with both the Avengers and Carol Danvers. Just as humanity had its own Super Soldier Program that resulted in the creation of Captain America, so too do the alien Skrulls have a similar program to create a super soldier of their own. Titannus didn’t have the shape-shifting abilities most Skrulls had, so he became one of the subjects of the Super-Skrull project, giving him enhanced strength and a healing factor that allowed him to recover from almost any injury. Given the Skrulls’ significance in the upcoming film, Titannus’ origins as Skrull weapon would make him perfect for a Captain Marvel sequel. 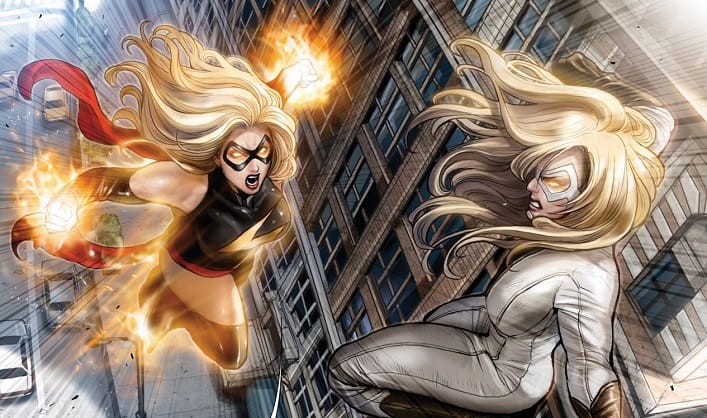 Karla Sofen, better known as Moonstone, is a villain who debuted in the pages of Captain America, but who eventually became an enemy of Carol Danvers, at one point even going as far as taking Ms. Marvel’s original name and costume as a part of Norman Osborn’s Dark Avengers team. Karla possessed a Kree gravity stone, which was found on Earth’s moon, which gave her strength and energy powers comparable to Carol’s.

Karla has usurped Carol’s identity not only as Ms. Marvel but even as Captain Marvel, making the real Carol not exactly a fan of Karla’s. Due to her tangled history with Carol, and her powers being derived from Kree tech, it would make sense for Moonstone to be a possible villain in a Captain Marvel sequel. 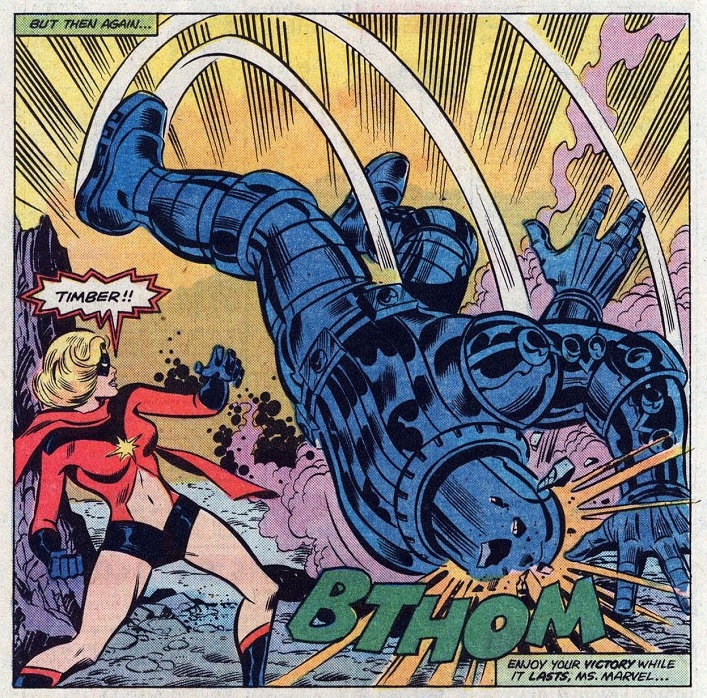 Nope, not Doomsday—that’s a DC/Superman bad guy. Doomsday Man was actually created first, as a villain for the Silver Surfer. An giant artificial life form, The U.S. Military created the Doomsday Man for supposedly for deep space exploration, but once they realized what they’d created and how dangerous it was, they tried to shut it down. But it was too late, as Doomsday Man began to think on its own and started to wreak havoc.

Although defeated by the Surfer, he later came into the control of the terrorist group A.I.M., who used it against Ms. Marvel. When she defeated it, Doomsday Man then came after the entire Avengers just because she was a member on the team. He might need a redesign (his face is kinda silly) but who doesn’t want to see Carol fight a giant robot in Captain Marvel 2?