Captain Jack Harkness to Return in DOCTOR WHO Holiday Special

Doctor Who fans got a major surprise during Season 12 with the return of Captain Jack Harkness. The beloved character came in with his signature charm to send a special warning to the Doctor before disappearing. Now, BBC America just revealed that Jack Harkness will be back for the upcoming “Revolution of the Daleks” holiday special.

Jack will return to help Yaz, Ryan, and Graham attempt to take on the infamous Daleks in the Doctor’s absence. As we all know, Thirteen is currently etching marks on a prison cell wall somewhere in space; however, the TARDIS seems to always come through for the win. A teaser clip of Jack’s return features the spaceship’s well-known materialization sound along with Jack Harkness saying how he’s missed that sound. It’s been less time for fans since we have heard it but, honestly, we feel the same way right now.

Actor John Barrowman spoke up about how exciting it is to play a bigger part in the holiday special. Here’s what he has to say to fans:

“Putting on Jack’s coat and setting foot back on the set of Doctor Who was just like going back home. It’s always thrilling to play Captain Jack. He’s a character very close to my heart who changed my life, and to know the fans love him as much as I do makes his return even sweeter. I hope everyone enjoys Jack’s heroic adventure with Thirteen.” 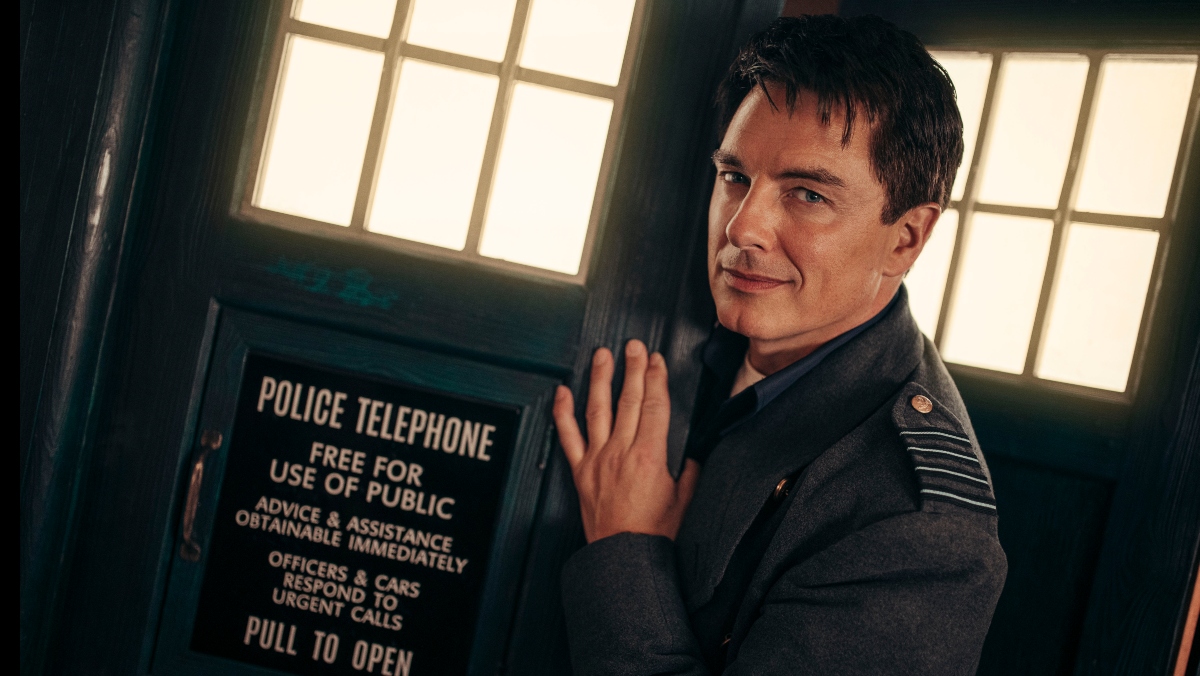 There’s still no official word on the special’s air date. “Revolution of the Daleks” could debut on Christmas but it’s more likely that it will be a New Year’s Day special like Thirteen’s other holiday episodes.  The show is noticeably promoting this special far less than previous ones and it’s not clear why. Even if there is something major happening, it would still make sense to get fans hyped up for a specific date and drop more tidbits of information.

Either way, fans are ready to see Captain Jack Harkness meet Thirteen for a lot of fun, quips, and probably a little bit too much sass.