New CANDYMAN Trailer Reminds Us of How Scary Mirrors Are - Nerdist

New CANDYMAN Trailer Reminds Us of How Scary Mirrors Are

The moment I began watching the new trailer for Nia DaCosta’s Candyman, the shudders began. The video opens with Colman Domingo’s chilling delivery of the story of the titular demon. It then showcases Yahya Abdul-Mateen II’s ill-conceived pursuit of the mystery in the present day. The whole package is enough to make me avoid my household mirrors for the next day or so. But if you’re braver than I—or happy to be scared—I’ll recommend the intriguing trailer, just below:

The Candyman trailer reminds us of one undeniable truth: there is nothing scarier than a mirror. This is not a matter of my self-esteem issues coming to the forefront—at least I don’t think it is. It is simply an acknowledgment that any time I look in a mirror, some part of me expects the unexpected. Will someone pop out from around the doorframe behind me, yet likewise before my very eyes? Will my own reflection break the ruse and begin behaving independently of my bodily motions? Will some dark forces borne of another dimension seep through the glass?

I wish I could shake these feelings; brushing my teeth at night is usually quite a treacherous ordeal. And I’d wager that it all began with a childhood viewing of Candyman. (Or the similarly themed Bloody Mary game. Come to think of it, do those two no each other? Do they ever fill in for one another if they’re overbooked?) These fears are sure to be supercharged after seeing Nia DaCosta’s terrifying-looking remake. 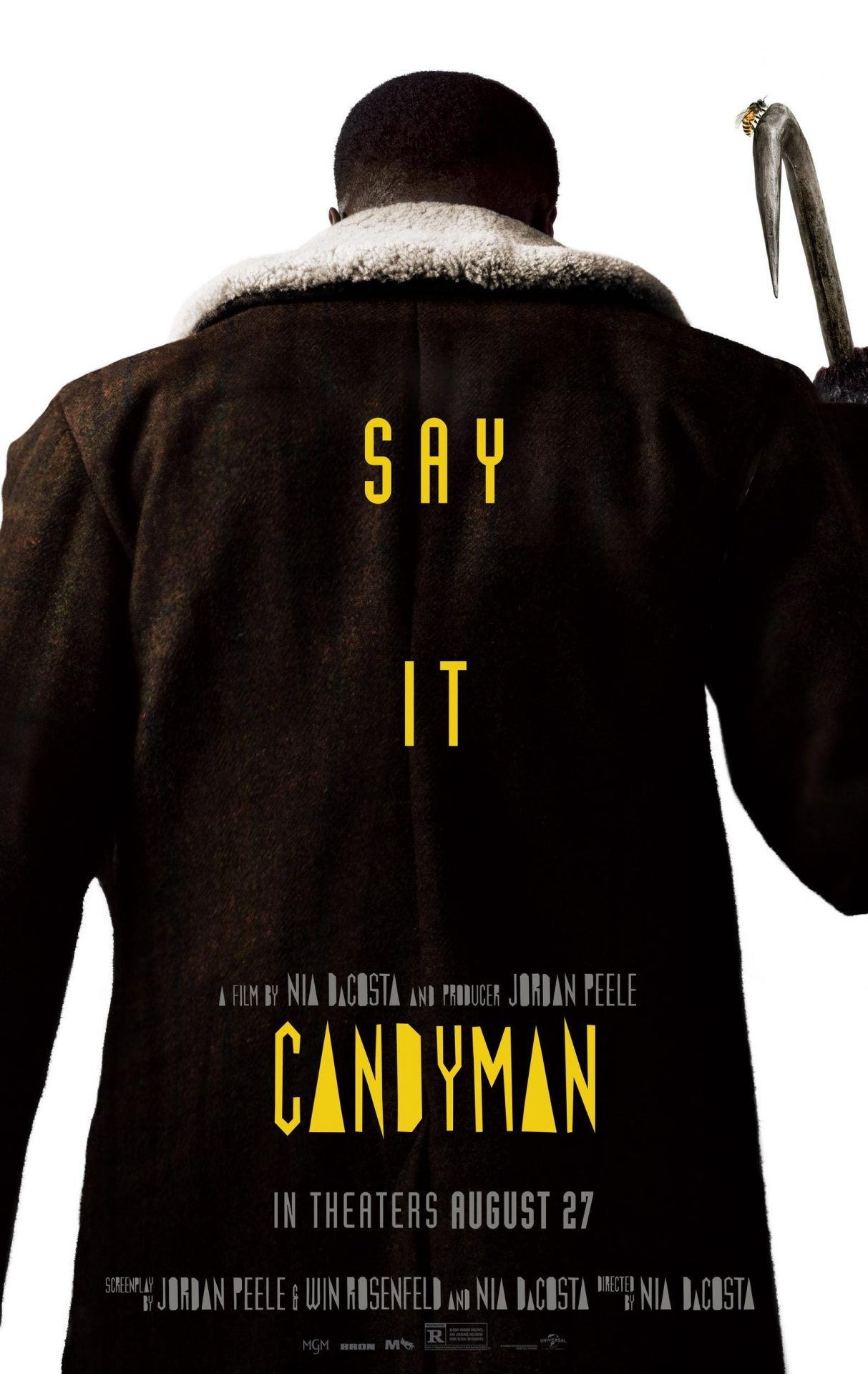 DaCosta’s Candyman has been a while coming, waylaid by the COVID-19 pandemic. We’re excited to finally see her remake of the 1992 horror favorite; alongside Abdul-Mateen and Domingo, stars include Teyonah Parris, Nathan Stewart-Jarrett, and Vanessa Estelle Williams. Candyman comes to theaters on August 27.