CANDYMAN Crafts Its Own Lore and Dark Inheritance - Nerdist

CANDYMAN Crafts Its Own Lore and Dark Inheritance

Candyman is not a “he”…Candyman is the whole damn hive. This line sufficiently summarizes Candyman (2021), a fresh, chilling, and engaging story that expands this universe, crafting its own hive of generational trauma, inheritance, vengeance, urban legend evolution, gentrification, and more. The film deeply evokes the spirit of the original, teetering the line between a direct sequel and a soft reboot that could spark its own era of psychological horror.

Revisiting Candyman is not an absolute necessity. However, Candyman (2021) has many elements that will have more clarity and significance with that background knowledge. The capitalization on trauma through using it for personal/professional gain is once again the gateway for terror. 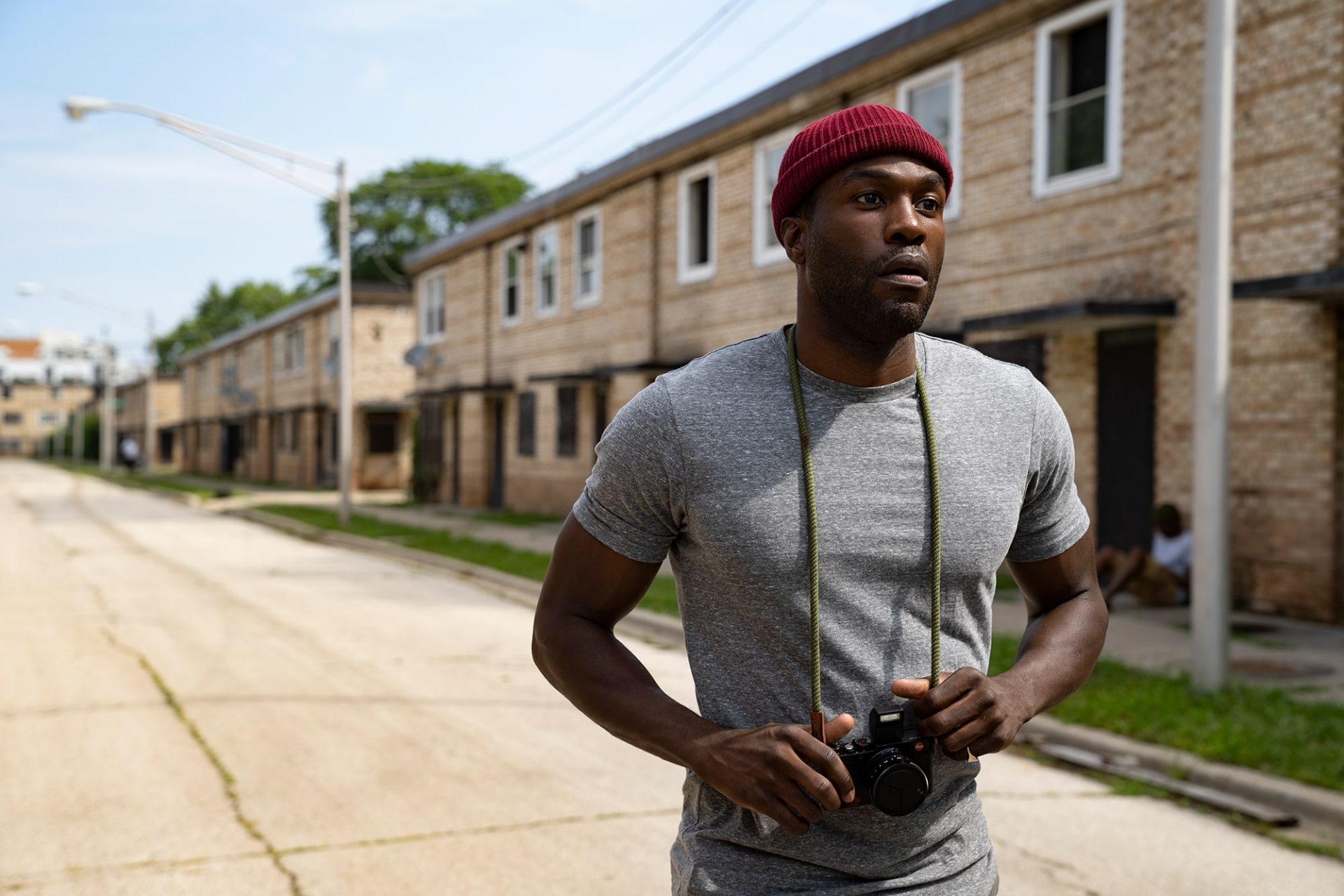 Candyman (2021) introduces us to Anthony McCoy (Yahya Abdul-Mateen II), a rising artist living in Chicago with his girlfriend Brianna (Teyonah Parris), an art gallery director. The duo lives in a luxurious apartment with large windows overlooking the city. Interestingly, it’s where the Cabrini-Green projects, famous for violence and tragedy, used to stand.

The couple and their friends walk the thin line of recognizing the effects of low-income housing, social inequity, and gentrification on Black people while simultaneously benefitting from it. Like the original, it doesn’t take long to transition into storytelling, setting up the impending action. It leans into a prime tenet of many urban legends and folklore: the shifting of narratives over time due to artistic interpretations and/or misinterpretations through biased lenses and hearsay.

The facts lie in the belly of a beast of heightened and exaggerated drama for a more “compelling” tale. Candyman (2021) couples this with the classic unreliable narrator and it works like a charm. This builds ample tension through warped perceptions of truth, making the viewer consistently question various narratives. It’s the perfect combination of classic slasher gore and psychological thriller with Nia DaCosta’s stunning visuals and script and John Guleserian’s cinematography as anchors.

There’s a brilliant coupling of beauty and horror that will likely draw comparisons to Peele’s Get Out and Us. (This is understandable due to his producer/co-writing credits.) But, make no mistake… this is DaCosta’s ship and she navigates it with dexterity. The angles used to showcase scares, contemplative moments, and bloody violence are brilliant. No two scenes approach this from the same perspective. Glass becomes more than a summoning vehicle. It is now the frame for capturing terrifying experiences and providing a unique window into the mind. 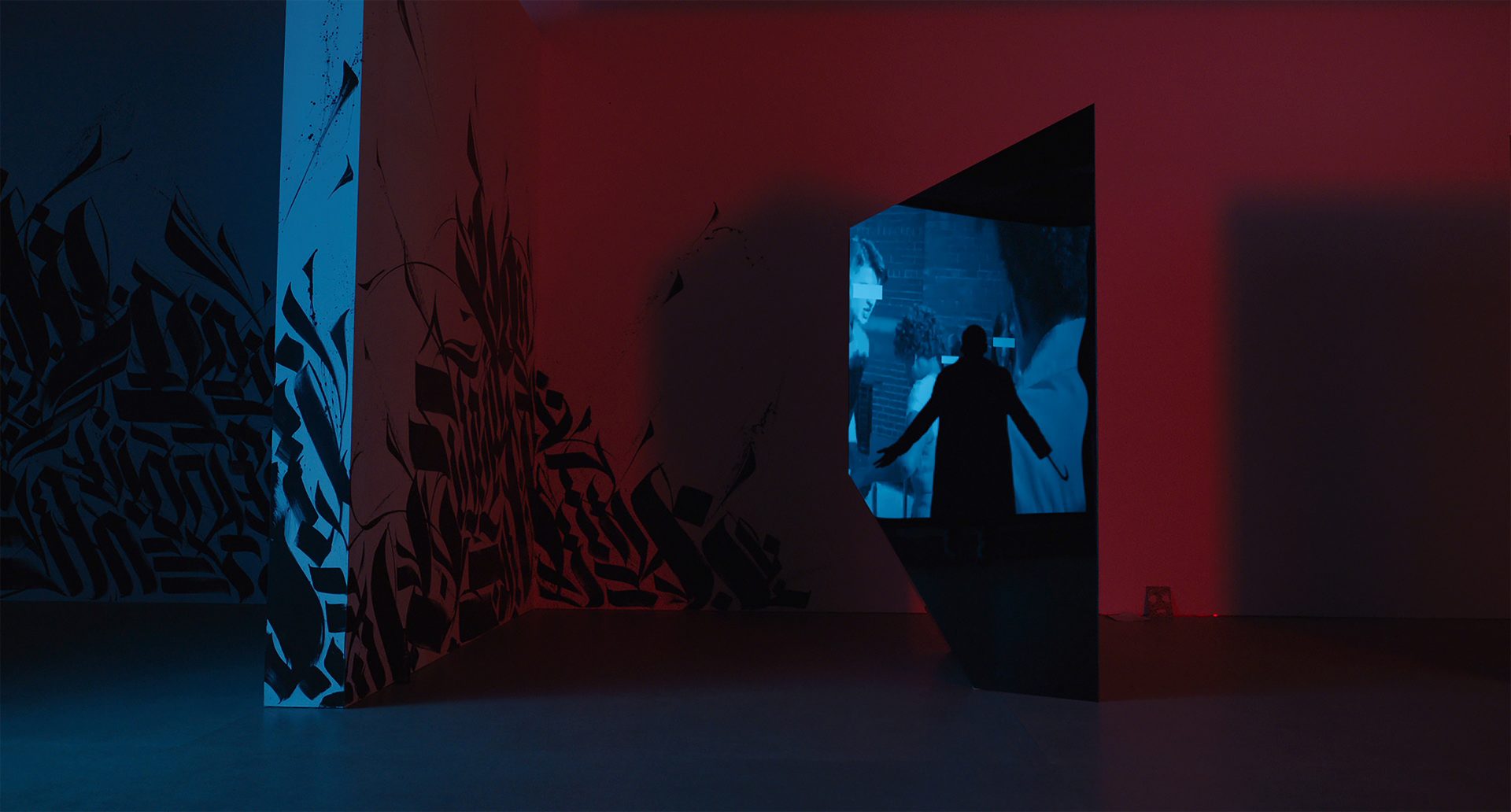 Anthony’s discovery of Cabrini-Green’s past leads towards a more intriguing legend. His preoccupation becomes a dangerous foray with psychological and physical costs. Abdul-Mateen II breezes through a gamut of emotions and motivations: keen curiosity, debilitating fear, a thirst for accolades, a haunting draw to the macabre, and a slow unraveling of his sanity. Parris plays well against him as the “voice of reason” who tries to pull him out of this dark descent. She gets a fair amount of screen time and maximizes it but her development still feels slightly lacking.

Colman Domingo stuns as William Burke, the Cabrini-Green resident whom Anthony connects with early in the film. It is difficult to dig into the character’s placement and pure brilliance without spoilers.  But Domingo’s performance, and this character, will certainly be lauded among viewers. Vanessa Williams’ reprisal of her role as McCoy’s mother Anne-Marie feels frustratingly short considering her lack of development in the original film. It would have been great to see her take a bit more stake in this narrative as former horrors resurface in her son’s life.

In fact, the conversations about gentrification and the government’s role in creating pockets of poverty and disenfranchisement would have carried additional weight if the film included an alternate perspective. Perhaps through someone (outside of Burke) who experienced it in this community in real-time. It makes you wonder what happened to those who were displaced from Cabrini-Green. And how did this painful legacy really affect Anne-Marie’s psyche? For those wondering about Tony Todd’s Robitaille, well, you will have to see how he shows up here.

Candyman (2021) sets up clear juxtapositions between Anthony McCoy and the titular character through mirroring (both literal and figurative) and body horror; however, there is a reimagining of Candyman. As Todd’s Candyman said in Candyman: Farewell to the Flesh, he is the manifestation of hatred and evil. This film is a continuation of that legacy. The story includes some clever addendums to the Candyman history that give this haunted spirit scarier longevity. 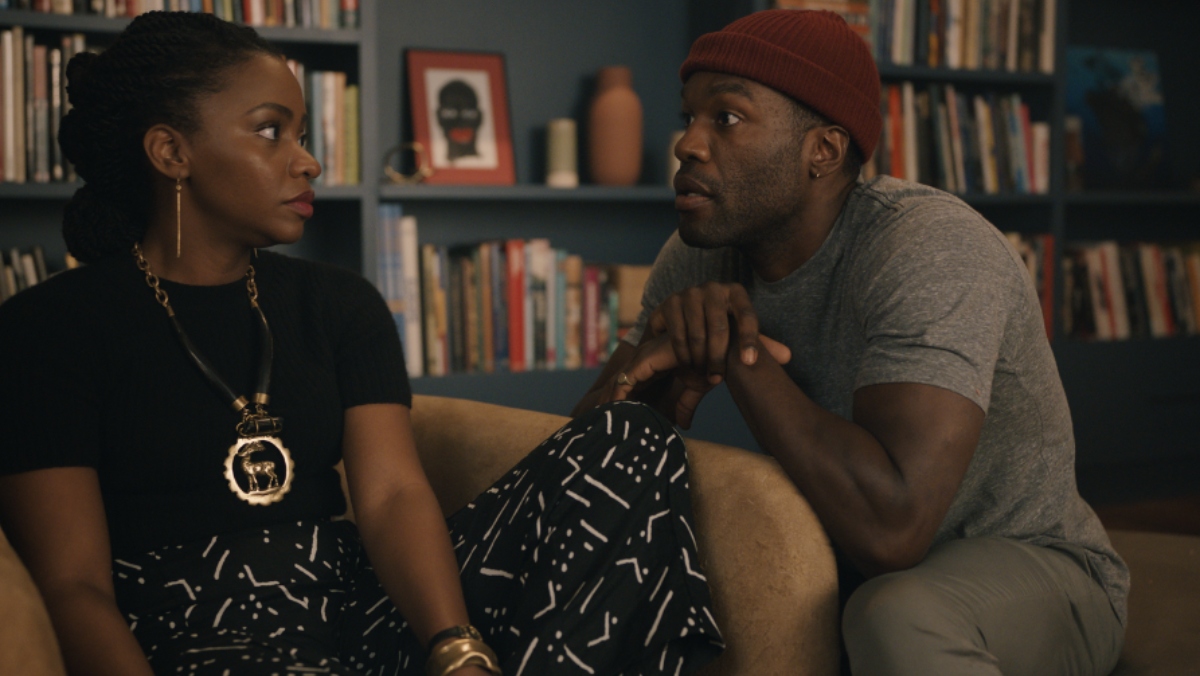 It digs Candyman’s roots deeper into periods of Black history and consciousness, setting up a lineage of generational trauma and a cyclical, painful inheritance that is embedded into Black communities’ DNA. It’s a past that, like Candyman’s name, must be spoken about and cannot be forgotten because it lives forever.

This is a part of Anthony’s story, a manifestation of destiny that he cannot escape. In fact, Anthony literally dons a symbolic and small calling card, a representation of blood, violence, and fire to come. The pain of family secrets and unknown history are in the fabric of many Black families. The lies/omissions are meant to protect future generations. But, as this film depicts, those shields are not protective circles but rather pathways to pain.

Candyman (2021) takes a swift, sharp turn in its third act with an incredible plot twist. The final scenes sink their claws into panic and refuse to let go, culminating in a painful yet oddly satisfying ending. A new purpose, motivation, and chapter arise for the titular character. It brings this story full circle to its grim origins, exacting revenge against those who are often perpetrators of violence, a dangerous and deadly hive.

This feels like an incredible course correction from the original as Candyman reclaims and redefines his legacy. Will this be the foundation of a new series? Who knows. If so, there’s a lot to explore in future installments. If not, Candyman (2021) is a solid and daring sequel that interweaves the original film while infusing its own lore into an enduring urban legend.