Usually, when somebody thinks of birds falling in love they think of just that—two birds; plural. But it turns out the California Condor, in ultra-rare instances, can fall in love with itself. Or at least the Condors reproduce asexually, which is quite a party trick for the endangered avian species!

Gizmodo reported on the instances of asexual reproduction amongst the California Condor. Recently, scientists outlined these instances in a study published in the Journal of Heredity. Oliver Ryder, a geneticist at the Wildlife Alliance at the San Diego Zoo and co-lead author of the paper, and his colleagues, made their discovery during a maintenance check-in on the California Condor population. Ryder et al. are attempting to breed the birds (in the unrelated images below), although they need to watch for interbreeding as they do. 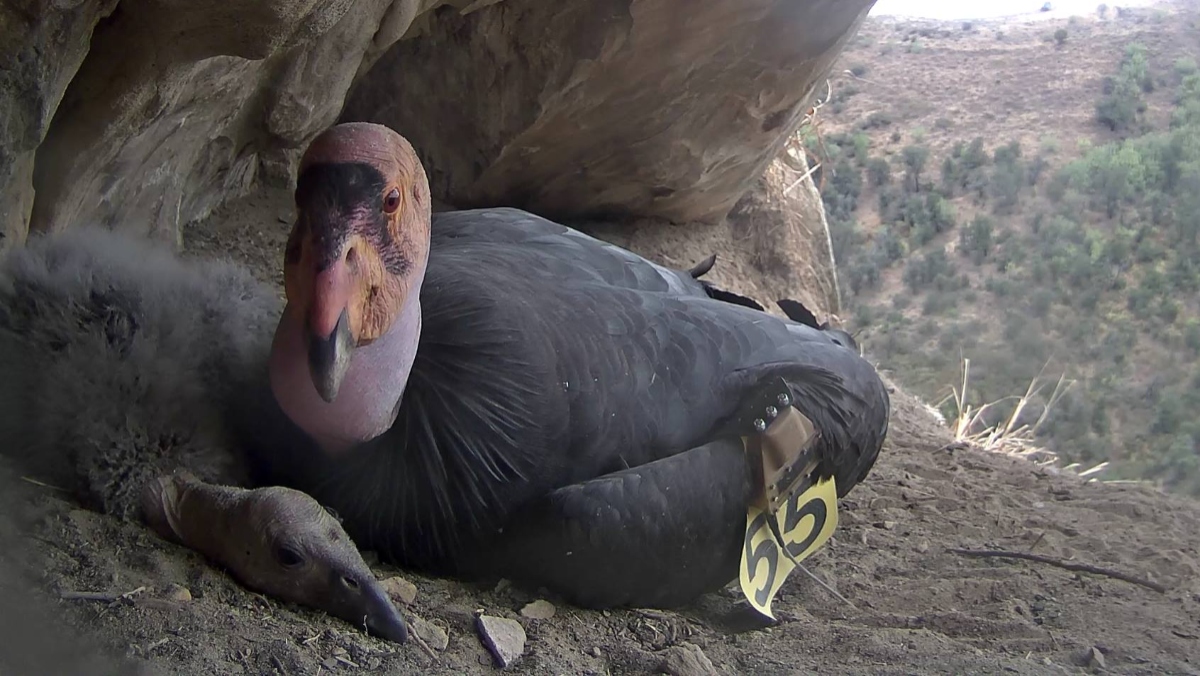 As the scientists outline in their paper, they found two instances of asexual reproduction or parthenogenesis. Parthenogenesis, from the Greek words for “virgin” and “creation,” is a natural form of asexual reproduction. In parthenogenesis, the growth and development of embryos occur without fertilization by sperm. In this case, the scientists found two females who had each produced a single offspring asexually. This occurred despite the fact that both were living next to reproductively capable males.

“It’s a remarkably improbable occurrence,” Ryder told Gizmodo. “In [the condors’] lifetimes they weren’t even recognized to be parthenotes…we’re definitely keeping our eyes out anytime we get a batch of blood samples for testing,” the geneticist added.

As for how Ryder and his colleagues figured out these were indeed “virgin” births? The answer was in the offsprings’ genes. The scientists discovered that two male chicks in the breeding population did not share lineage with their closest respective adult males. Ryder and his team then checked almost 500 other male birds as possible dads but found no genetic connection. Both chicks were also homozygous for all genetic markers inherited from their mothers; meaning the genes for traits scientists looked at in either chick all came only from their mothers.

Unfortunately, it seems like parthenogenesis will not be a panacea for the California Condor. The 30-pound birds—which have wingspans of up to 10 feet long—only had 518 species members as of 2019. Gizmodo notes, however, that number has moved in the right direction since. We are crossing our fingers for this species.