Build Your Own House on the Hill With BETRAYAL LEGACY

Horror films often become “cult classics” that slowly gain an audience over the years through word of mouth despite not blowing the doors of the box office. It’s fitting, then, that the horror gaming classic Betrayal at House on the Hill has taken the same route to fame as many of the movies that inspired it. Players have spent the last 14 years creeping around the house tiles and triggering all manner of haunts that can range from tense games of cat and mouse to almost laughable routs for either the survivors or the traitor because of the random nature of the haunts.

Over the past couple of years, we’ve seen an expansion to the original game,  Widow’s Walk, and a  Dungeons & Dragons-themed adaptation set in Baldur’s Gate. This year, the true sequel to Betrayal at House on the Hill arrives in the form of Betrayal Legacy.  It’s eerily fitting that one of the board games that’s been responsible for hooking people into hobby games combines with one of the hottest trends in board gaming over the past few years. Legacy games are ones where the game is changed by players every time it hits the table. The rules can change depending on player actions from the previous game but even physical changes are possible; cards can get torn up, stickers placed on the board and even components can be renamed by players as they play. 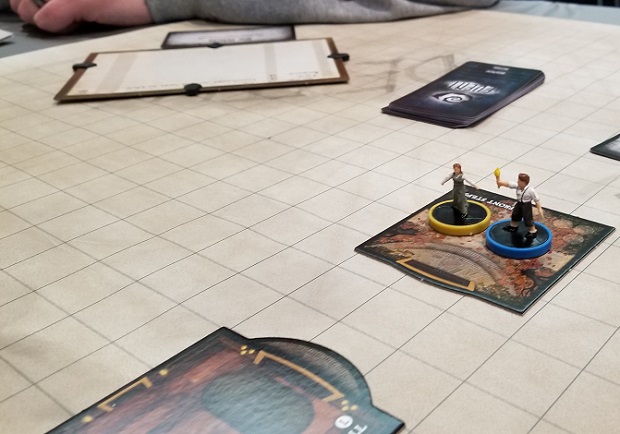 “Shelly [Mazzanoble] approached me,” said Rob Daviau, lead designer of Betrayal Legacy when we caught up to him at Gamehole Con in Madison, WI. “We were talking at PAX East and she found out I had done a lot of work on the original game. Later that summer in 2016 she reached out about doing a legacy game. I absolutely loved working on the original game. It’s the only game that I worked on or designed extensively that not only will I play gladly but suggest playing. I just love the dynamic short story generator nature of the game.”

You can learn the basic ropes of playing the game from Becca’s How to Play video:

The legacy element of Betrayal Legacy means that now the players will see the house devour its players multiple times over the course of a 14-game campaign. It also means that who survives the haunt — traitor or survivor—will make choices that affect the next time the game hits the table. The storyline changes the basic idea of a handful of strangers wandering into a haunted house into one of a handful of families with their destinies intertwined in the house.

Each game in the campaign is set at some point in the past of the house’s history. Players play out the game per usual by exploring the house, gaining items and triggering the haunt. Each game in the legacy campaign adds mechanics to the game, in some cases by literally having players peel stickers off of a spooky board and put them in relevant sections of the rulebook. Players also get to name artifacts and even create heirloom items for later haunts that if a later character from their family acquires while exploring the house function better in their hands than anyone else’s.

For players that haven’t played Betrayal before (or perhaps haven’t played since Ashlee Simpson was a thing), the first few games function as tutorial levels by adding basic elements like the haunt and omens and additional tiles into the game slowly. The game is set up to be added on piece-by-piece by mixing in items, then omens, then haunts to help new players figure things out. Of course, this can mean old pros can get a little ahead of themselves.

“I’ve seen groups get out the starting tiles and then they open up the tile planks, punch them out and then shuffle them all together,” said Daviau. “Then they throw away the tile planks and those are there to tell them when they are supposed to be added in. I want to tell people don’t do that. Add in tiles when they are instructed to do so. There’s always one more thing you wish you could have done before you went to market and in this case, I would have been more clear about when to add in the tile planks.”

Longtime fans of the game will see a few rules tweaks that make the game run a bit more smoothly. The house is divided up into regions which throw in an external area to the mix of tiles. Card backs for items and events also coordinate with these regions to help make things make more narrative sense. 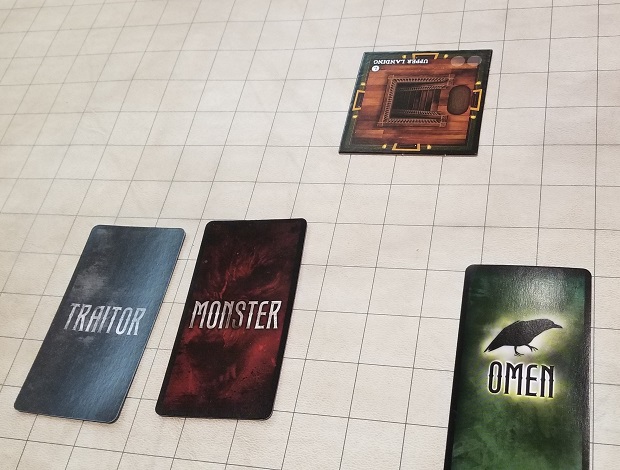 “I wanted to sand off the edges of the bell curve,” said Daviau. ” to make sure that the haunt doesn’t start too early or too late and to make sure that everyone gets a turn after the haunt starts. Also, I wanted to take a look at some of the stuff that after 18 years maybe could have been better, but if you do that, you make it a whole new game. When we had the choice of change it or keep it as it is, we erred on the side of keep it as it is but try to explain it better or clean it up.”

There are also new rules that enhance the haunts based on what happens during the campaign. It’s hard to write about them without delving into spoilers but I can say that there will be rooms, events and items that will pop up again and again during play that will trigger reactions from the players about what happened in an earlier game.  These reactions keep coming after the campaign is ended and the game can be played like classic Betrayal at House on the Hill with a chance to explore new haunts provided by the books in free play mode. 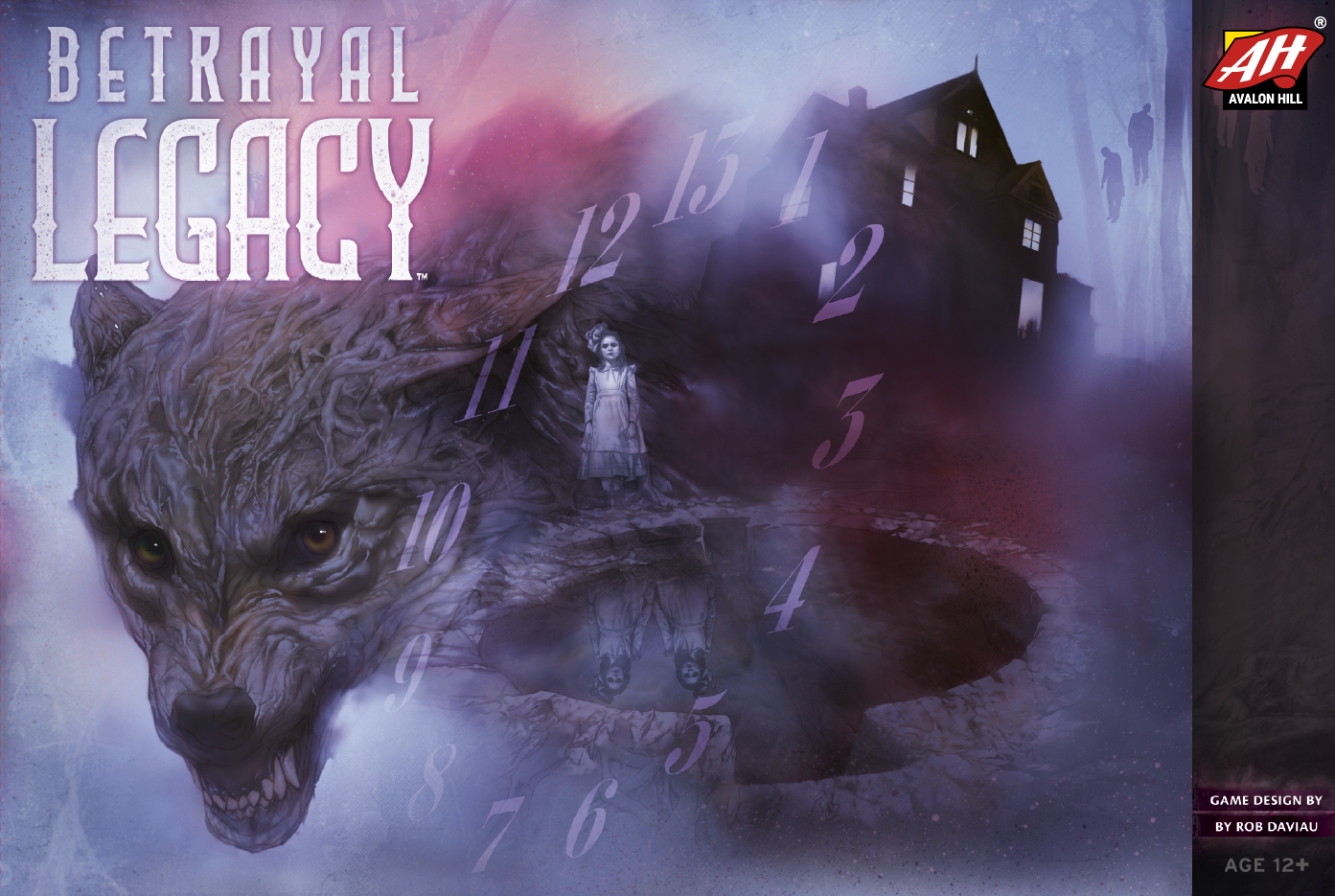 “We’ve put 51 new haunts in the game,” said Daviau, “and about a quarter of them are only accessible in free play. There are two or three chapters that are only available in the legacy mode that move the story forward and introduce plot points.”

You can check out how the game plays in our four-part Game the Game series, where the game hits the table here at Geek & Sundry:


Betrayal Legacy is available now, and you can learn more by visiting Avalon Hill’s site or stopping by at your friendly local gaming store.