Build Your Empire During the Industrial Revolution in BRASS: BIRMINGHAM - Nerdist

Build Your Empire During the Industrial Revolution in BRASS: BIRMINGHAM

In Brass: Birmingham, you and your opponents attempt to build your empires in London, England, during the Industrial Revolution. With so much of society changing due to advances in manufacturing, transportation, and other industries, it’s not an easy task to build during this tumultuous time.

You’ll build your industries, from cotton and coal to iron and pottery, and establish a network of routes to deliver your products to the markets that demand them.  Do it more efficiently than your opponents to score the most victory points and lead your empire to victory.

Brass: Birmingham is played over two eras: the Canal Era (1770-1830) and the Rail Era (1830-1870). During each era, you’ll use your hand of cards to perform one of six actions to develop industries and establish routes on the map of London.

Like Wallace’s other games, you start with no money and you’re soon managing and manipulating the market as you try to earn income to complete certain actions. You may use one of your actions to take a loan (empire building ain’t cheap, after all), but eventually, you’ll have to develop your industries for a steady source of income that’ll allow you to expand your holdings.

On your player board, you’ll uncover the different industries you can build to earn income and victory points: cotton mills, manufacturers, potteries, coal mines, iron works, and breweries. When you develop them, you’ll place their tiles on the board as you attempt to sell your goods.

Of course, you won’t be able to sell those goods until there’s a network to transport them to the markets demanding them. First, you’ll build canals then rails to connect your industries to markets. Victory points go to those who can build industries and establish routes and the most points after the two eras wins the game. 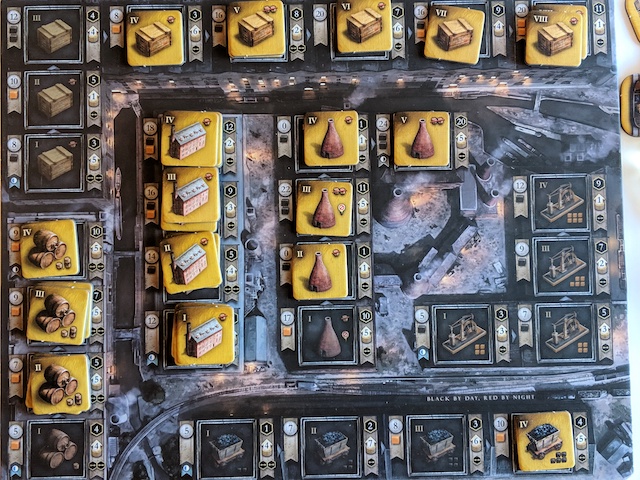 There’s a sandbox-like nature to the gameplay in Brass: Birmingham: you can go almost anywhere and do anything on the board, with a few restrictions. Everything’s neatly tied into your six basic actions, but the game’s depth is apparent from the first turn as you begin to figure out the ways to be more efficient and connect routes to sell your goods.

There’s also a slight race element since you’re trying to sell your goods first to take advantage of market conditions. Certain industries will give you more ongoing income while others give you more points when you connect them on your routes. Of course, some industries become obsolete after the Canal Age, so you might want to focus on others that will pay off later in the Rail Age.

It’s this balancing act that makes Brass: Birmingham one of the best games of the year. There are a lot of moving pieces in the game that may lead to brain burn so if you’re prone to analysis paralysis, you’ve been warned. But it’s a wonderful game full of tough decisions on nearly every turn. 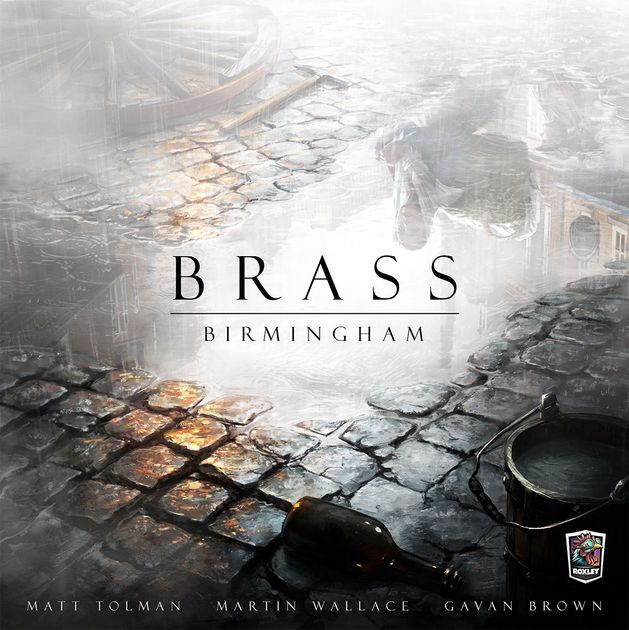 Brass: Birmingham is a remarkable achievement. Wallace, along with designers Gavan Brown and Matt Tolman, have not only improved on the original game, but they’ve also managed to exceed it, making the Industrial Revolution a fun and engaging world. New players may be overwhelmed at first, but investing time into the game will reward you with one of the best gaming experiences of 2018.

What are your favorite Eurogames? Tell us in the comments!