Tiny Amazonian Bug Looks Like a Walking Piece of Popcorn

The insect world is filled to the brim with strange, diminutive bugs that fly, murder, and dazzle—sometimes all at the same time. But the Ecuadorian Planthopper Nymph, tiny as it may be, still manages to stand out amongst its beautifully weird peers. Mainly because it wouldn’t stand out at all in say, a bucket of movie popcorn.

The late independent scientist, Andreas Kay, shot the above video of the Ecuadorian Nymph. Kay, who explored Ecuador’s biodiversity while alive, captured the video as the puffy insect ran around on his finger.

The little piece of speeding popcorn (which comes via PetaPixel) is one of the roughly 12,500 known planthopper species on Earth. Planthoppers are bugs that resemble plants native to their own environments. And, as their name suggests, planthoppers are also able to “hop” about for quick transportation. 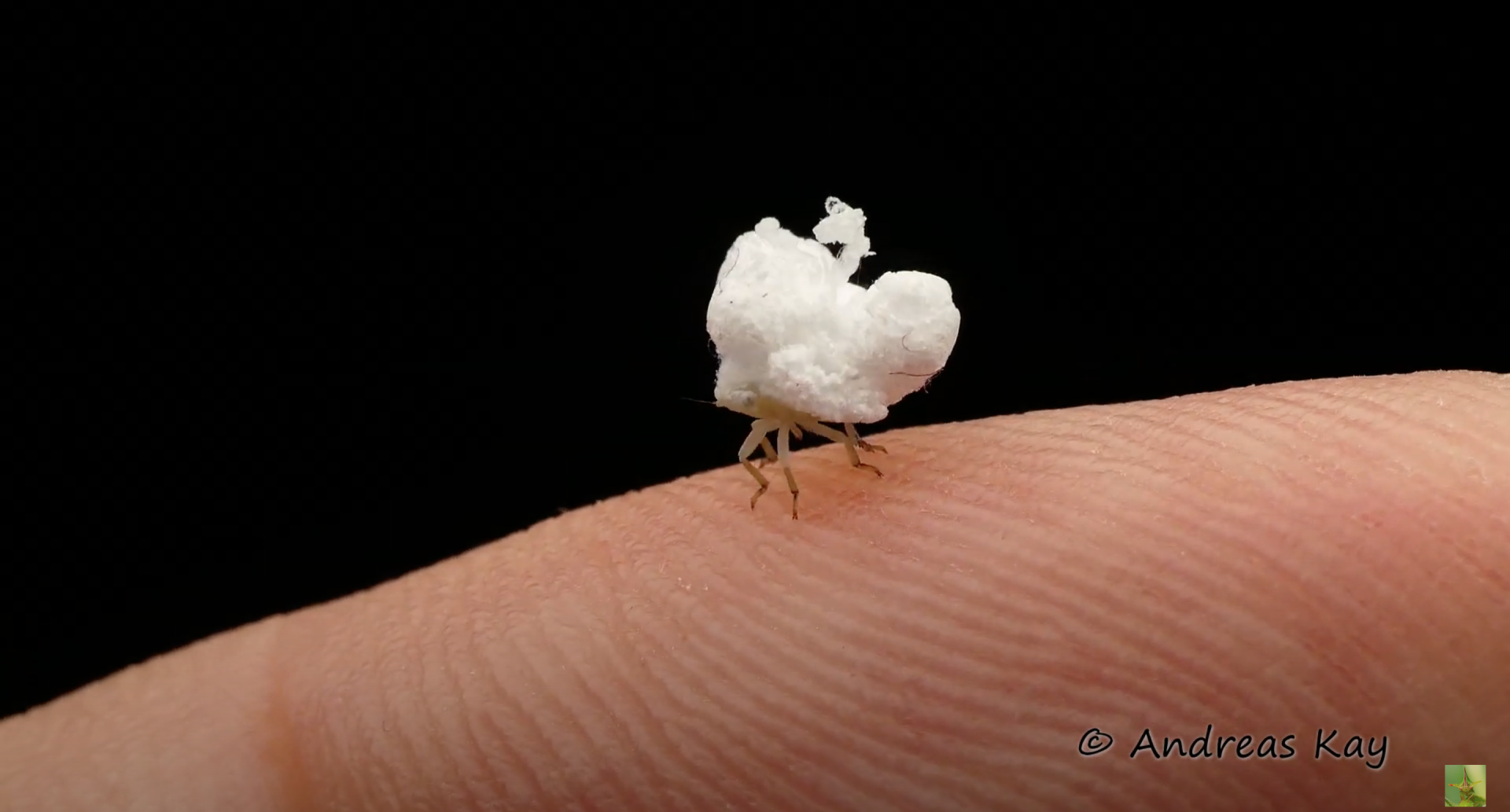 This particular planthopper, the Flatid Planthopper Nymph, not only looks like it’d be the ideal candidate for a “pass the butter” bot bath, but also has some unique functionality. Apparently, this Nymph, like some others, is able to produce wax from glands from around its body. This wax is hydrophobic (it repels water), and helps to protect the popcorn bug. As well as any eggs it may have. (How’s your appetite now, huh?!)

Unfortunately, while this particular Nymph is exceptionally popcorn-y, it seems much of its international ilk look a little… less fun. Or maybe more fun? Below is an image of a Flatid Nymph from India, for anyone who wants to make a decision on that important issue. Or, you can go and check out all of Kay’s other bug videos. Although take heed: the other insects with which Kay plays around may also make you feel like eating right now, and also never eating again. 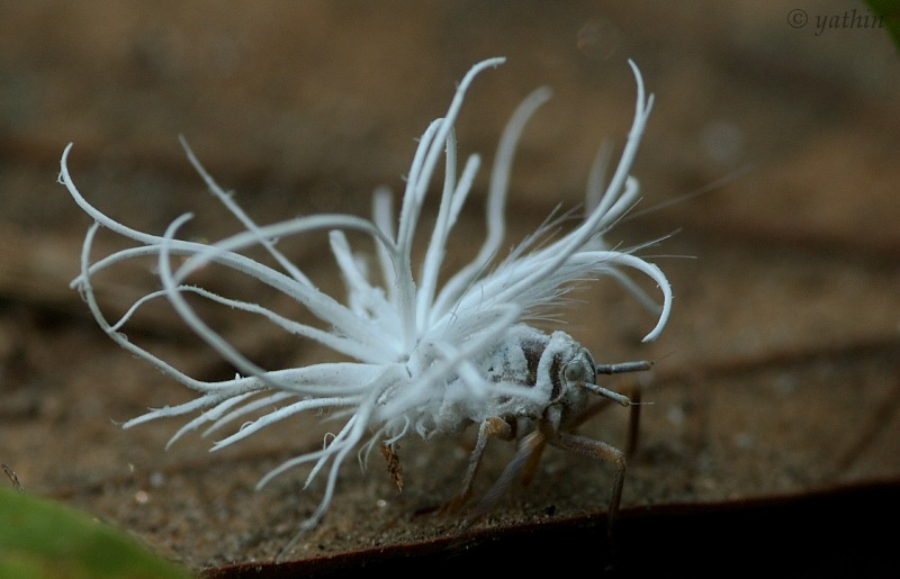