BUFFY THE VAMPIRE SLAYER’s Musical Episode Gets a Vinyl Release

Many television series have had musical episodes over the years, ranging from The Simpsons to The Flash. But the greatest of all musical TV episodes is the  Buffy the Vampire Slayer episode “Once More, with Feeling.”

Airing early in season six of the beloved series in 2001, “Once More, with Feeling” is still celebrated. Series creator Joss Whedon composed all the songs for the episode, which he wrote and directed. Many fans consider it to be the best episode of the show. Comic conventions all over the country host sing along screenings and the occasional stage adaptation. But one thing has been missing: a vinyl LP version of the soundtrack. Until now, that is. 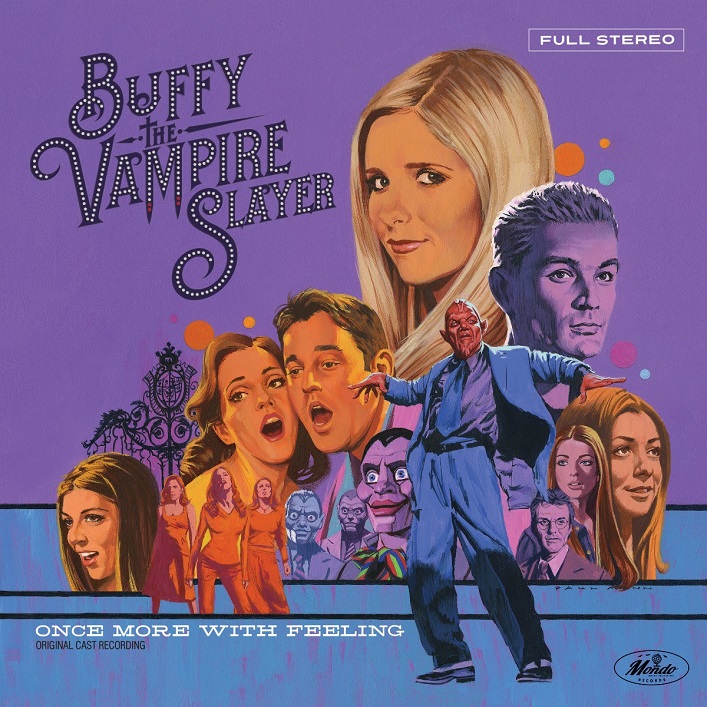 Mondo, in conjunction with Fox Music, is proud to present the premiere vinyl pressing of the soundtrack to the classic musical episode “Once More With Feeling.” This fan favorite mixes up the show’s classic formula by introducing a series of seemingly innocuous musical numbers performed by the townsfolk of Sunnydale. It turns out, however, this is caused by the arrival of a demon named Sweet, who has more sinister plans for the titular Vampire Slayer and her sister Dawn. 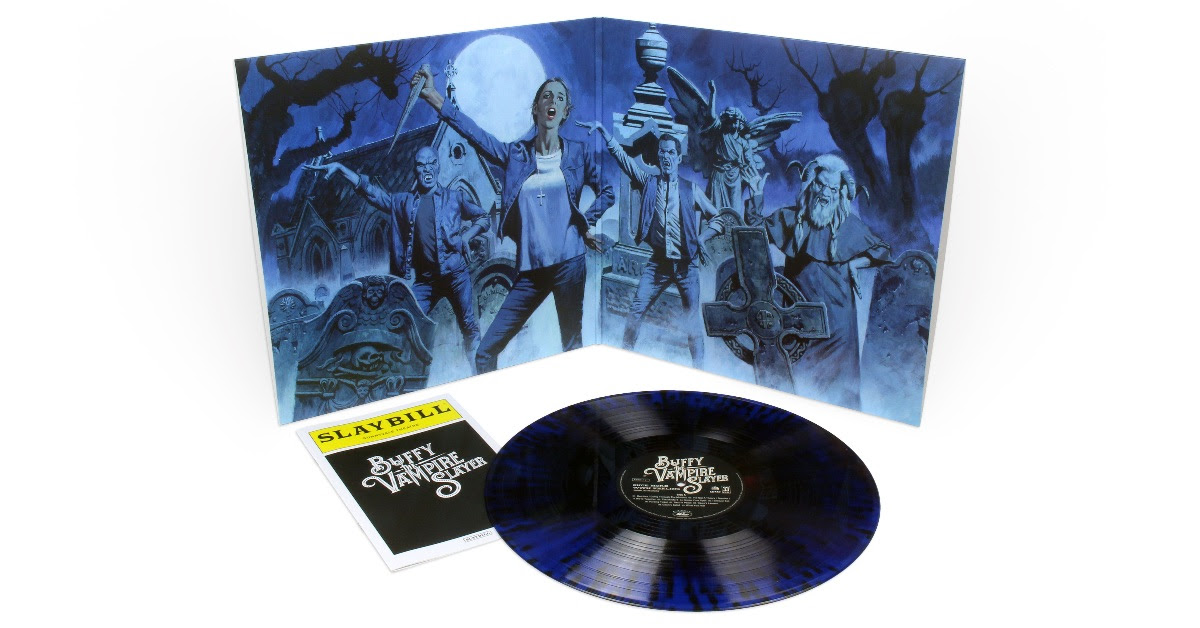 Available for the first time in over 15 years, and for the first time on wax, this original cast recording LP has artwork by Paul Mann, and includes a “Slaybill” with lyrics and liner notes by series creator Joss Whedon. It’s pressed on 180 gram “Sweet” colored vinyl also available on 180 gram translucent blue vinyl. It’s expected to ship in April 2019 and will cost $25. 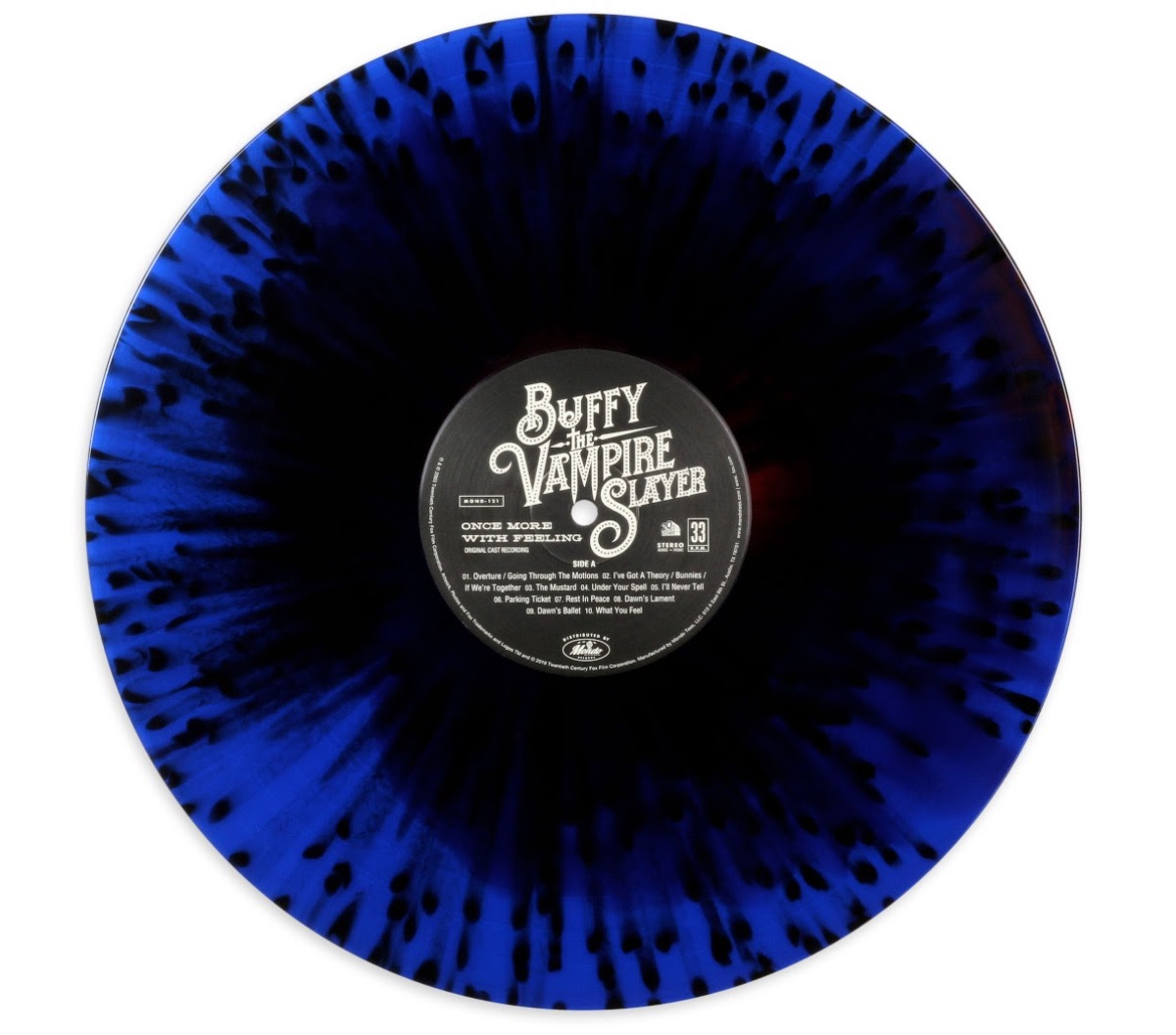 And if you want to listen to your “Once More With Feeling” soundtrack in style, Mondo is also releasing a Buffy the Vampire Slayer satin jacket designed by Tuesday Bassen. It’s available from March 20-24 and will also ship in April. You can see images of this cool new jacket below.

Pre-order the album and the jacket now at Mondo’s website. 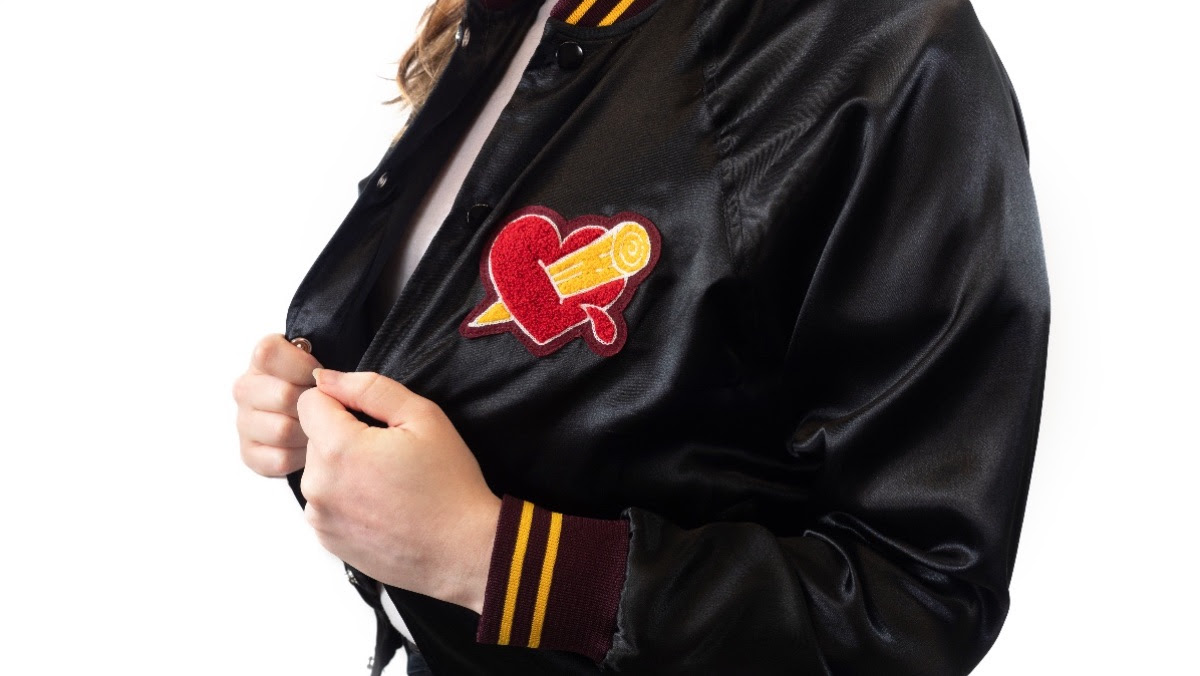 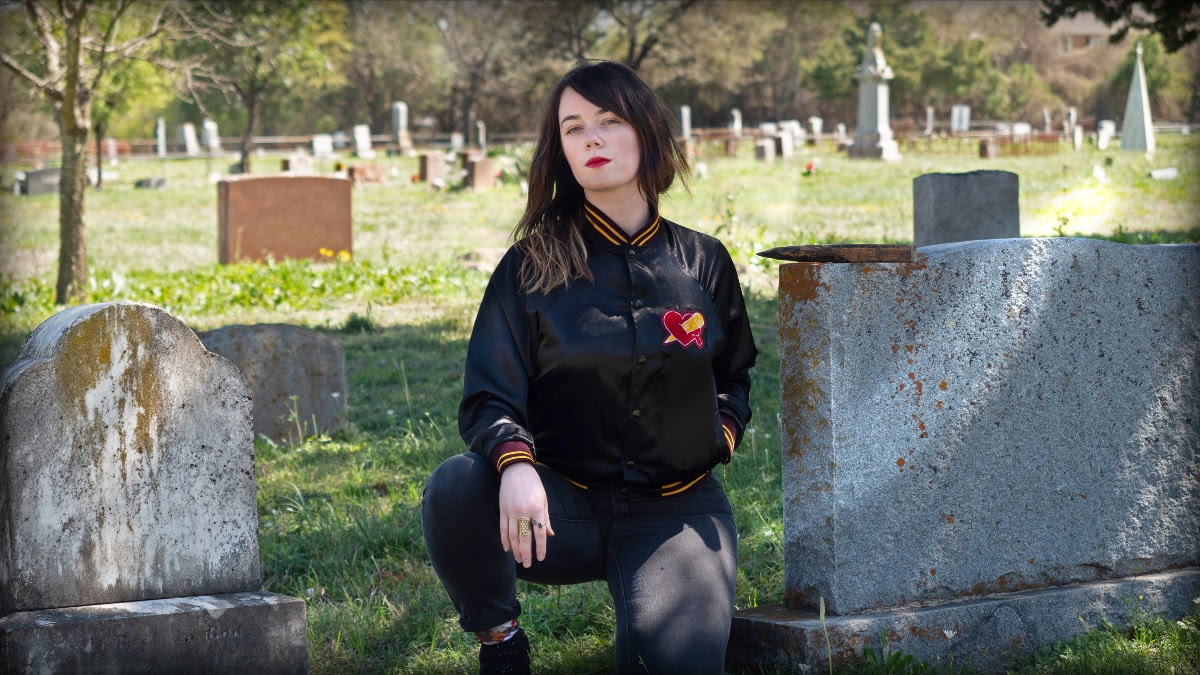 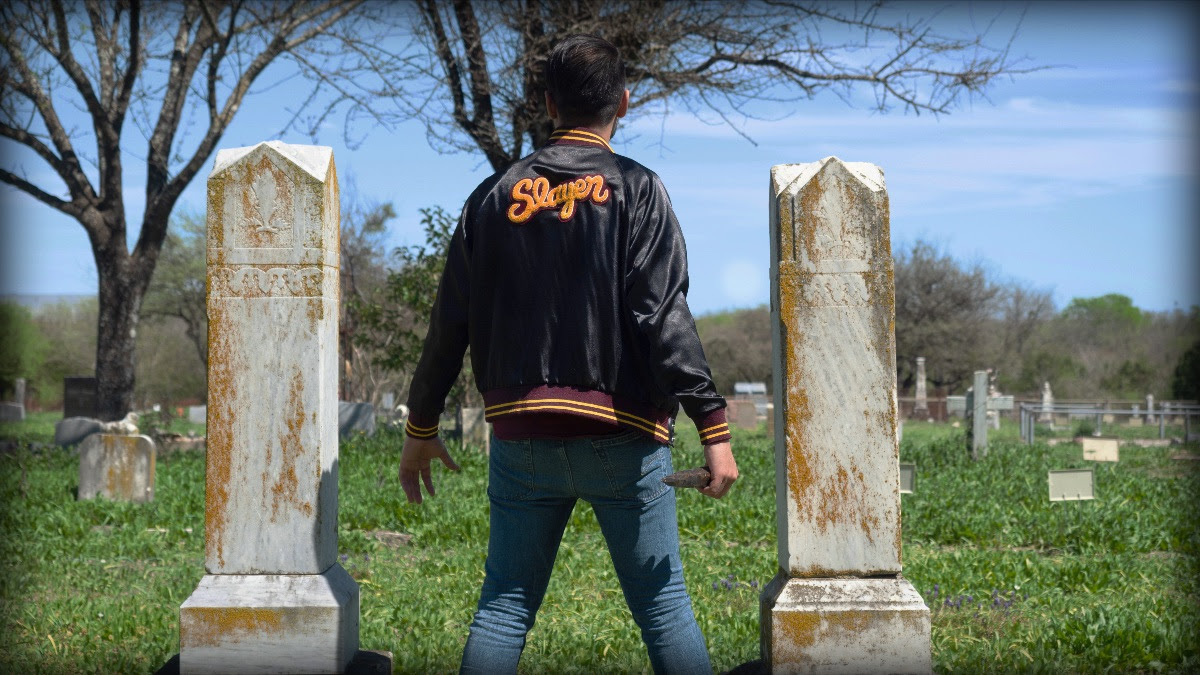