Back when I first started watching Buffy the Vampire Slayer, I could not resist the humor, drama, and the monsters. They so often dealt with universal issues with specificity. Now, stuck indoors in New York City as COVID-19 cases increase once again, there’s one particular episode that hits more deeply than in my original viewing. The sixth season episode “ Normal Again” explores mental health amid our current isolation and disconnection.

In the episode, Buffy is stabbed by a demon, which alters her perception of reality. Instead of seeing her world in Sunnydale with her friends, she finds herself in a mental hospital where she’s been a patient for some time. She is told: in order to exist in “reality,” she has to eliminate the connections she has in her imaginary world of Sunnydale. Initially, the episode made me uncomfortable, because… what is reality? If it’s only what we register with our senses, how are we sure what our minds are processing is real? 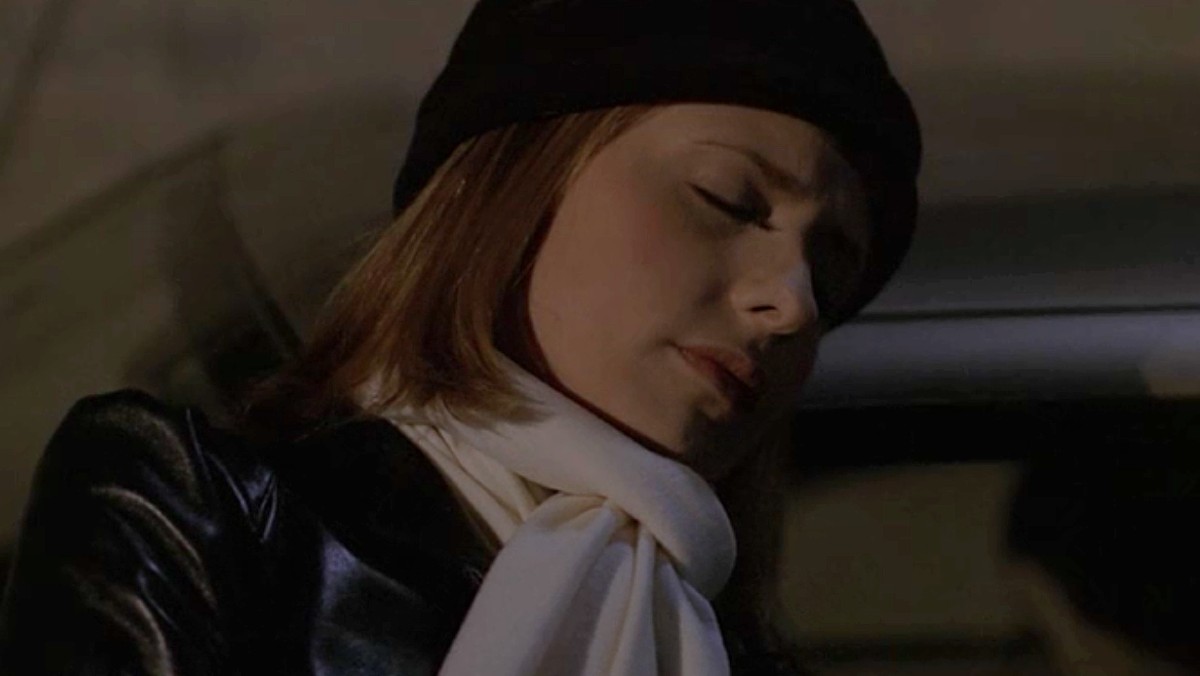 Buffy’s feeling of disconnect from her world and friends is something I, and many others, have been struggling with this year. Our friends are no longer physical manifestations that we can hug; they are now images on a screen, voices on the phone, or posts on social media. It feels as though we are in a waking dream. As days meld together and time moves at simultaneous tortoise and hare speeds.

That isolation and disconnect leads to increased mental health issues. According to the CDC, struggles with mental health issues have increased when compared to numbers from around the same time last year. (This can include anxiety disorders, suicidal ideation, and substance abuse.) When a person feels disconnected from their surroundings, everything ceases to matter because nothing feels real.

The monotony of our current existence can leave us with a sense of sleepwalking through our lives. We see this in Buffy’s sense of emptiness as she works at her mundane job at the Double Meat Palace. There, she dumps fries and stares off into space. Many of us have experienced this when working jobs for a paycheck. It’s hard to tell one day from the next. Buffy was able to escape this. But many of us have spent a year trapped in a holding pattern of uncertainty. 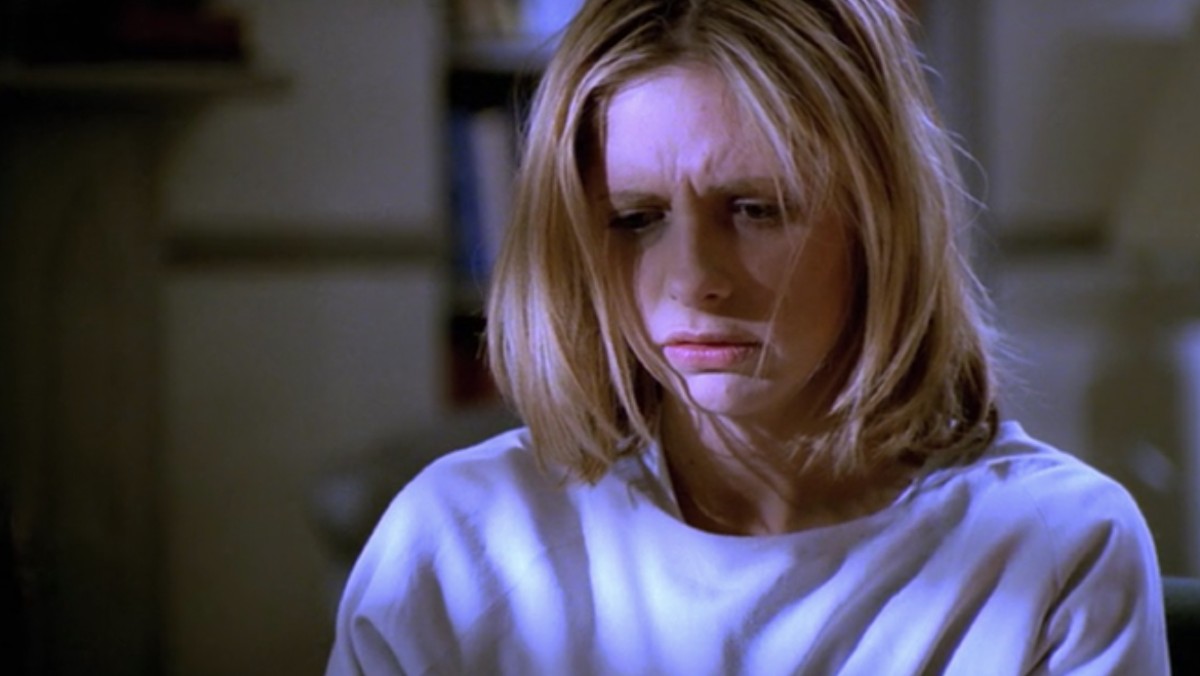 Combine that with the holiday season, when suicides spike. This pandemic is not only killing people with the virus, but with the alienation and fear many feel as they face the holidays and new year. Buffy is caught between the physical prison of the hospital and a mental prison. She drags Dawn to the cellar and says, “You’re just a trap for my mind.” Buffy is projecting onto those around her. Because she is hurting and feels removed from those she loves. In this pandemic, many of us are trapped in every sense of the word.

For Buffy, there are certain comforts to this reality. Not only are her mom and dad together, but there is less uncertainty of how to care for herself or those she loves. There’s no fear about rent, bills, and food. Her choices are stripped, but so is her terror. The kind of terror that comes with providing for yourself or others in a pandemic.

Along with increased financial burden and threats of homelessness, this year has also seen an uptick in domestic violence. New York City’s domestic violence agencies and websites in saw a surge of activity during the lockdown—more than double their usual traffic. In “Normal Again,” Buffy herself reacts violently to her friends and family because of how she feels. She ties up Willow, Xander, and Dawn in the basement for the demon to kill. 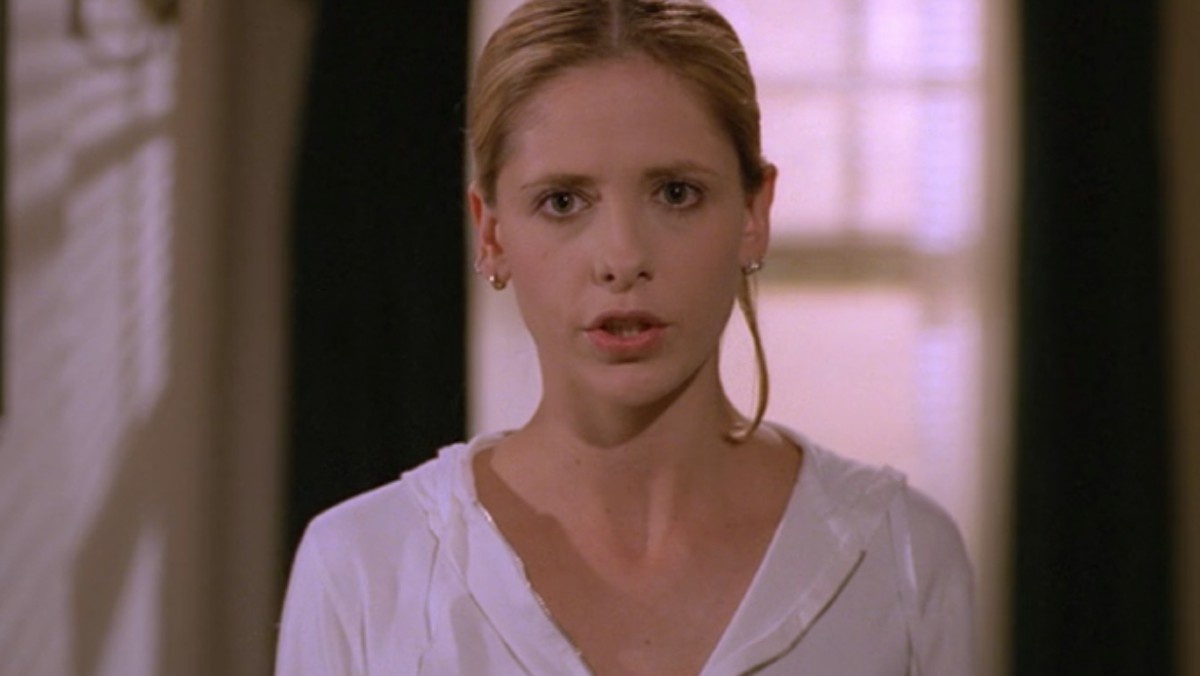 Buffy blames herself for her feelings and her poor choices, but then she decides to lash out. Detachment can push people to assign blame elsewhere. Because they don’t want to accept that they need help. When Buffy states to Dawn, “I should be taller than you,” she’s rationalizing that this world she’s in is not real. She blames the phony world and her fake friends and family. Spike jokingly says all of them being figments of her imagination makes sense because it would explain why he’s “soft on her.”

At the end of the day, when this pandemic ends, a lot of us will go back to “normal.” Like Buffy, we will attempt to move on. But some will continue to live in isolation because of health (mental or physical). And because this society resists making room for them, they will remain in varying levels of danger. Hopefully, post-pandemic, we all push for more accessibility for those with disabilities and those who are in toxic, violent relationships. But the title of the episode, “Normal Again,” is a joke. There is no normal; not for Buffy, not for us.