It’s Christmas in Sunnydale and the streets are alive with caroling, lights, families. It’s the most wonderful time of year… for some. For Angel, freshly resurrected after the loss of his soul turned him monstrous, it’s a time of great pain. Christmas is reflective; memories crystalize like window icicles or frosty tree garland. Families gather after long bouts away, to share and laugh and be merry.

Angel walks through the noise, the color, the cheer, but he feels no joy. His memories are rotten, intrusive. Nightmares ravage his sleep, and his waking moments are even worse. He remembers the people he killed as Angelus the vampire. The souls he scattered to the wind for fun. And worst of all, he remembers the man he was before death. A weak, drunken man of no importance. He’s always been useless or violent—no in-between. 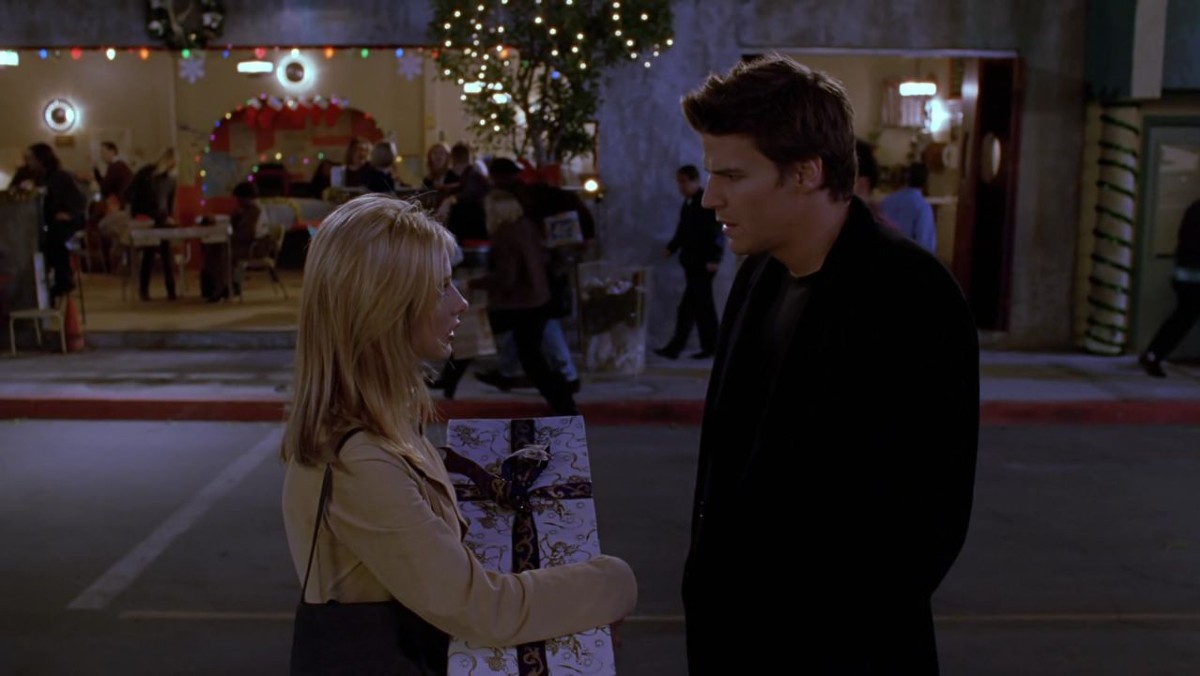 This is what the evil inside of him whispers in the dark. Those who suffer from depression know this evil intimately. It feeds on our misery when we most deserve peace. The holidays are not a happy time for everyone. For some, they are loud and cruel, or quiet and conniving. A time to remember why we’re alone—because we think we deserve it. That is what the demon says. That amorphous, nebulous, vulturous thing inside that mangles our intentions, maligns our actions. For Angel, it’s a literal demon: the First Evil. It’s preying on him. For us, it’s less defined, and even scarier.

But there’s a message nestled in Buffy the Vampire Slayer‘s season three episode “ Amends.” One that might melt even the darkest heart. It is the story of what happens when someone loves us enough to offer the thing we seek most: forgiveness. Christmas can be terrible, but it can also be redemptive. That’s the spirit of the holidays, after all. Not perfect, merry bliss, but love and connection and faith in the unseen. Not God, necessarily, but grace. 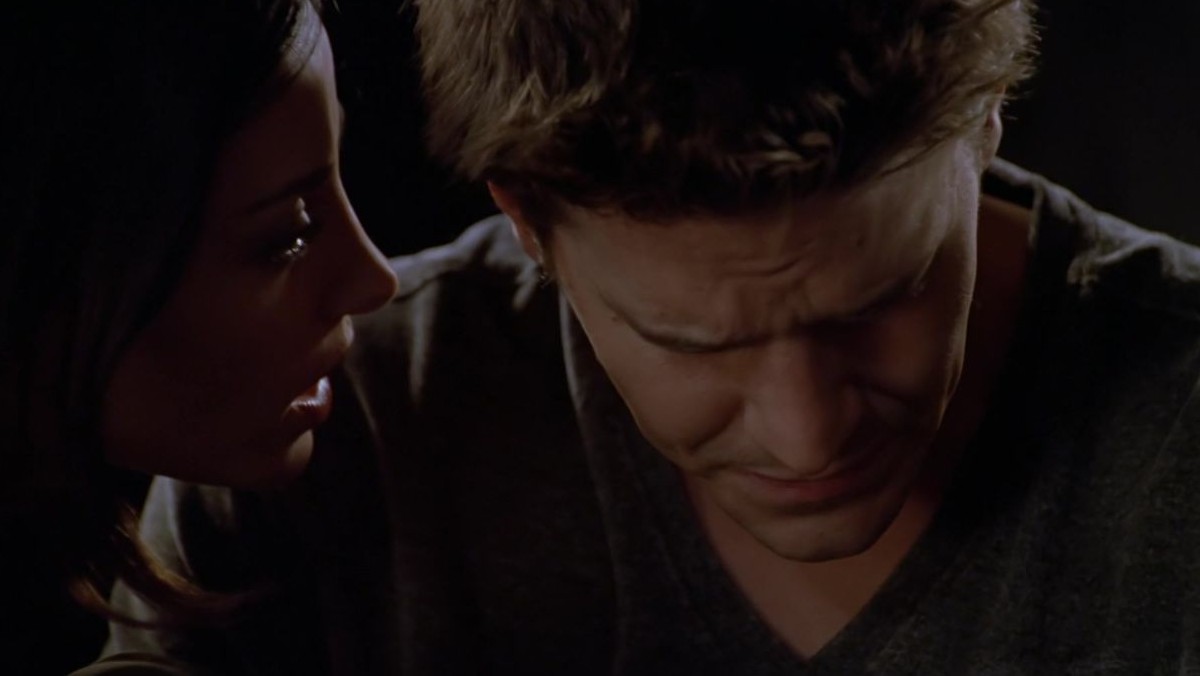 “Amends” finds Angel at his lowest

“Amends” opens with a nightmare. Angel recalls a murder he committed on Christmas in his native Ireland. The victim, Daniel, squeaks out a prayer before Angel rips him apart. It’s a dream, yes, but it’s also a memory of the dark past that Angel has tried to leave behind. For a long time, Angel was a vampire with a soul. But after sleeping with Buffy—after experiencing a moment of great happiness—his soul was ripped from his body, replaced with his monstrous self. He killed people again, including Giles’ girlfriend, Jenny Calendar. He acted on evil impulse. And now, back from the dead, it’s all he can think about.

Worst of all, he’s alone in his pain. No one in his day-to-day life can truly understand what he’s going through. They are all human, free from the burden of being undead. He can’t talk to Buffy because he’s afraid he’ll only hurt her worse. In a moment of desperation, he turns to Giles, but he meets him with a crossbow to the chest.

“I’ve had dreams lately about the past,” Angel confesses, overwhelmed. “It’s like I’m living it again. It’s so vivid. I need to know why I’m here. I should be in a demon dimension suffering an eternity of torture. But I’m not. I was freed and I don’t understand why.” Giles doesn’t have answers. No one does. As Angel speaks, he sees a vision of Jenny caressing Giles’ face. She’s not really there, of course, but she haunts him even still. A recollection he can’t erase. A horrible thing he did, manifested and alive. 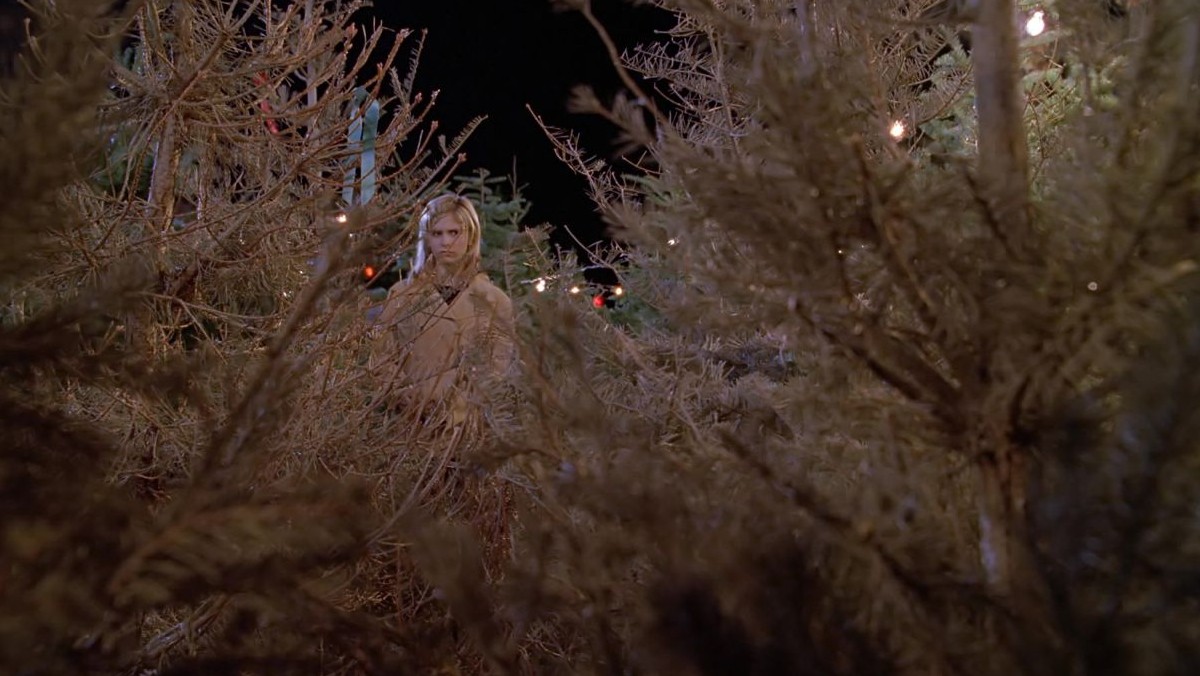 The First Evil is a perfect metaphor for depression

Buffy comes to realize that the thing plaguing Angel is the First Evil, the source of all that’s bad in this world. It rots Sunnydale at its core; a patch of Christmas trees in a lot have withered, browned, and died. Nothing grows where this evil lurks. Life just seeps away.

The First Evil is a metaphor for mental illness in its various ravenous forms. It is depression, addiction, trauma, and everything else that tries to weaken and destroy us. It’s the very thing that feeds heaviest in times of joy. Thus, it manifests at Christmas because it can feast. Angel is stricken by this evil that won’t give up. “I am sorry,” he pleads with it. “For what I’ve done. What else can I say to you?”

“I don’t want to make you feel bad,” says the First Evil in the form of Jenny. “I just want to show you who you are.”

That is what depression does. It builds a forge that makes self-forgiveness impossible. It traps us with our worst moments until we see and feel only them. No one is responsible for absolving us of the bad things we’ve done, but we are not only those bad things. Hope is possible, change is possible, and we must see clearly before evolution can happen. But when depression is loudest, it’s nothing but fog and despair. It feels impossible to move ahead. To be better. 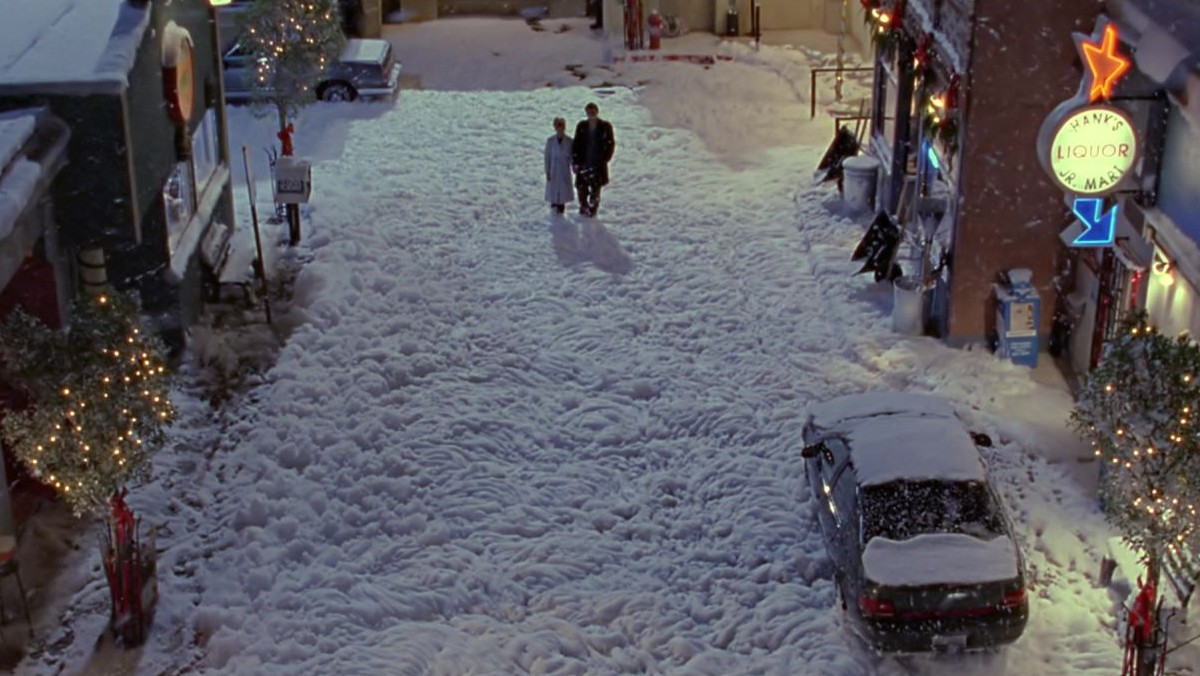 The ending sends a beautiful, powerful message of hope

And then there was Buffy. Buffy, who shows up in Angel’s nightmares, tinged with light. She’s grace incarnate.

Angel, so overwhelmed by his evil deeds and his inability to escape them, decides he wants out. He stands atop a hill, awaiting the sun that will turn him to ash. The First Evil has convinced him he has nothing left to give. He tried to push Buffy away, but she won’t let him. She loves him still, and she knows what really lives inside of him. She sees a person who’s vanquished his demons before, who’s made amends, and who can do it again.

Buffy shows up on the hill and tries to get Angel to come with her. He tells her, “Buffy, just this once, let me be strong.”

“Strong is fighting,” she says back. “It’s hard and it’s painful and it’s every day. But it’s what we have to do. And we can do it together.” 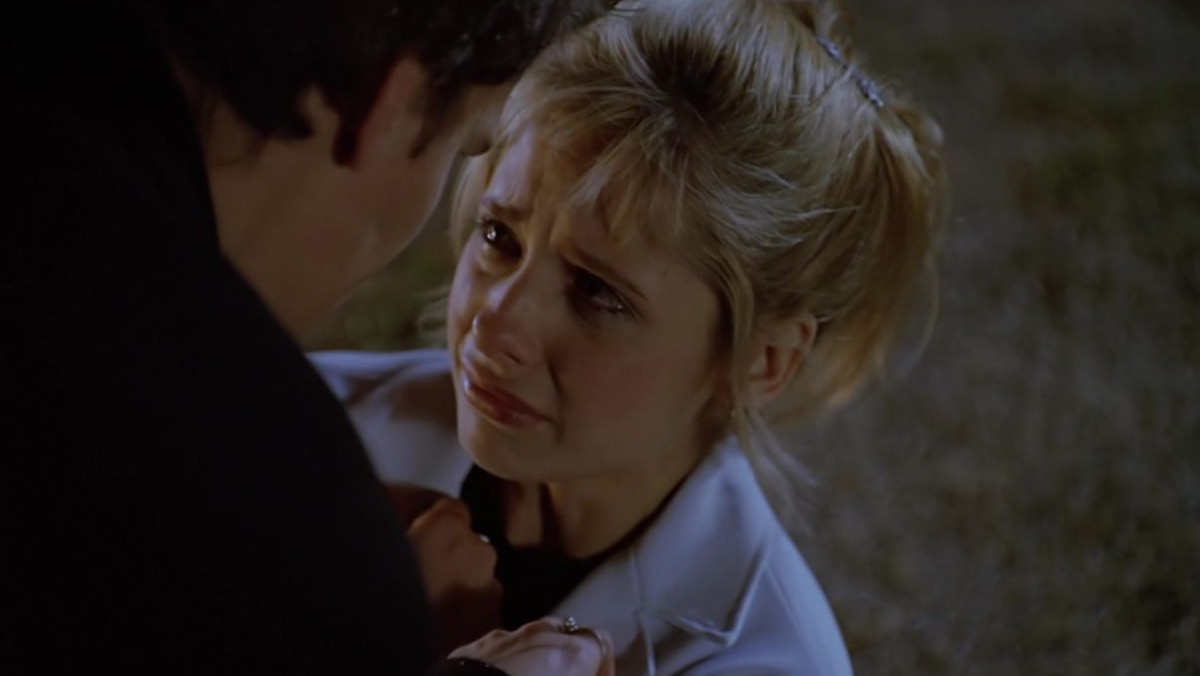 They fight, they cry. But then something peculiar happens. The sky opens up and a great snow falls over them. A warm, forgiving snow that blankets Sunnydale, a California town that’s never seen this graceful white before. Suddenly, the evil hurting Angel seems rather small. In fact, it disappears altogether. Angel takes Buffy’s hand, and they walk through the snow together. The local weatherman explains on a telecast that the sun won’t be out all day.

Is the snow God? Maybe. Maybe Angel was gifted something holy and significant in a moment of desperation. Or maybe it was simply Buffy’s grace that gave him purpose again. A simple act of love, a profound act of forgiveness. It’s not something we’re owed, or something we’ll always find in the ways we expect. But hope exists even still, in so many ways. Transformative hope. And that’s bigger than any demon.