The Best Books, Movies, and Songs Now in the Public Domain - Nerdist

The Best Books, Movies, and Songs Now in the Public Domain

For some a new year represents a new opportunity. It’s a chance to start fresh with a clean slate, and to look ahead. But for others January 1st is about looking back exactly 95 years. Because that’s when most books, movies, and songs enter the public domain, where they can be used for free by anyone for their own projects. And this year’s additions to the public domain catalogue include works from some famous authors, filmmakers, and musicians.

But if you were planning on writing the first prequel to The Great Gatsby you’re already too late. 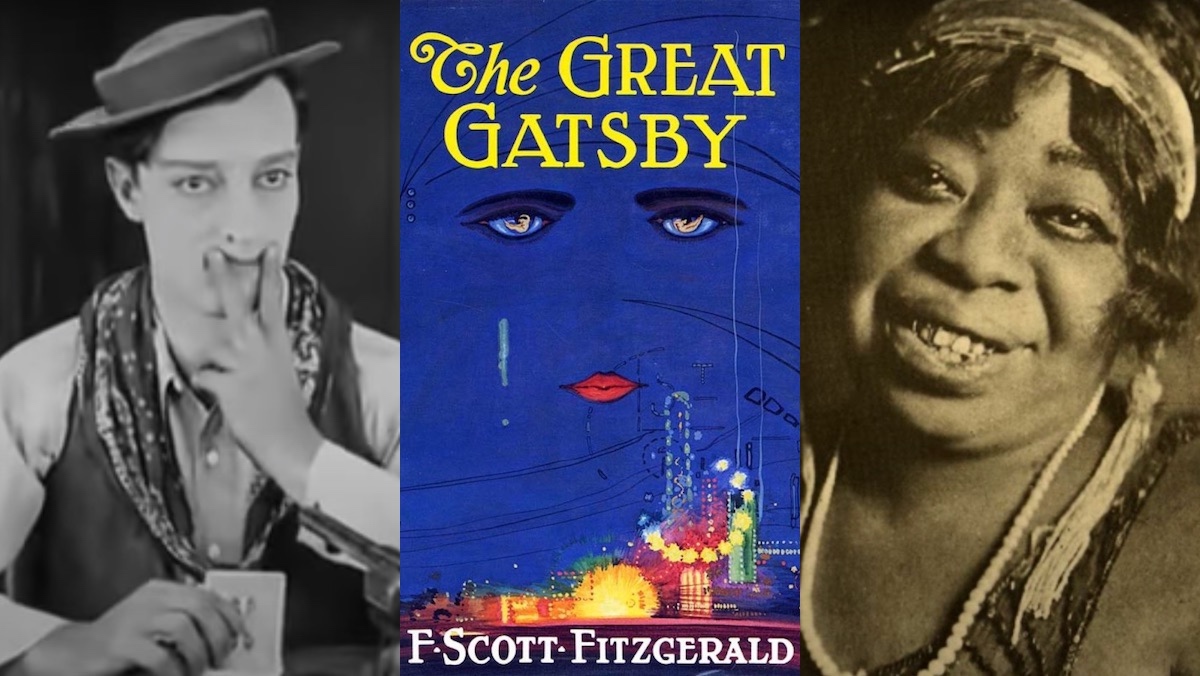 Jennifer Jenkins, Director of Duke’s Center for the Study of the Public Domain, has put together a list (which we first learned about at Boing Boing) of the most notable works that officially entered the public domain on January 1st, 2021. All of them should have been open to everyone 20 years ago. However, in 1998 Congress extended the wait time from 75 for many works. (There are all sorts of caveats of what enters the public domain and when you can learn more about here).

There are also memorable movies Harold Lloyd (The Freshman) and Buster Keaton (Go West). And now musicians everywhere can play “Sweet Georgia Brown” for free, as well as tracks from “The Mother of the Blues,” Gertrude “Ma” Rainey, W.C. Handy, Duke Ellington and Fats Waller. All of the the works in Jenkins’ list will begin appearing in various forms online for the public to find them. That includes at the Internet Archive, HathiTrust, Google Books, Project Gutenberg, and more.

One work you won’t find there though is Michael Farris Smith’ new novel Nick. It’s a prequel to The Great Gatsby already in stores, just days after Fitzgerald’s novel became fair game.

We shouldn’t be too surprised by that, though. We had 95 years to see this coming.