Bomb-Sniffing Cyborg Locusts Are in the Works - Nerdist

Bomb-Sniffing Cyborg Locusts Are in the Works

In what can only be described as a ridiculously sci-fi endeavor, scientists are developing bomb-sniffing cyborg locusts. And while the machine-insect explosive hunters still have a ways to go before they’re usable, they show promise. Especially since scientists now know that signals from the robo-locusts’ brains can be used to detect explosive chemicals. 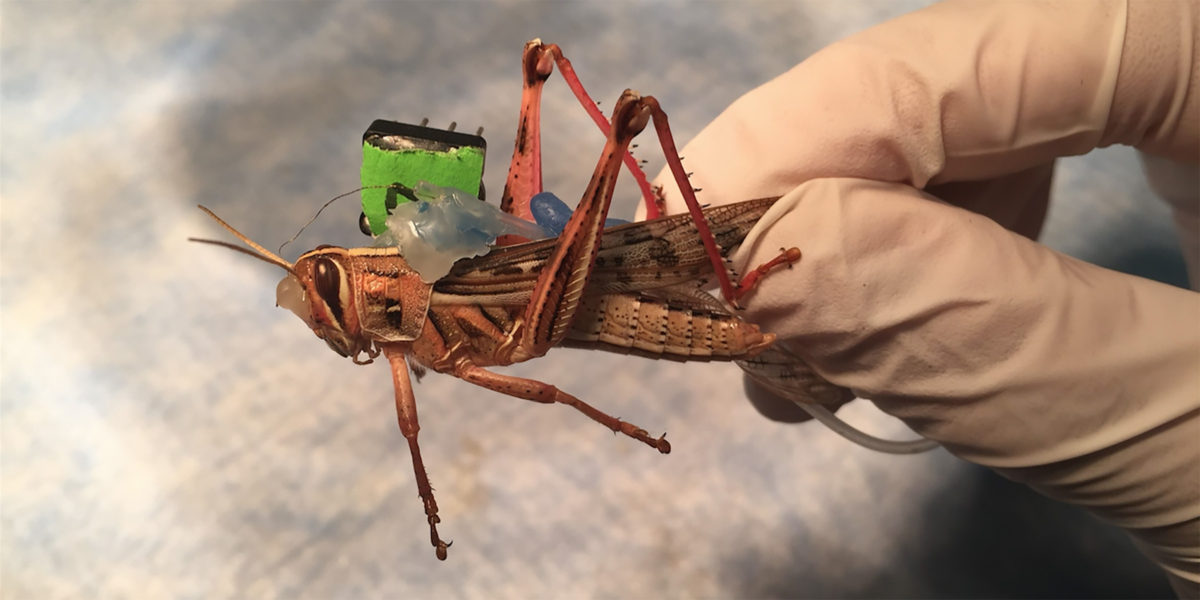 The team of scientists from Washington University in St. Louis has actually been working on the bomb-sniffing locusts for at least four years. But the team, led by Barani Raman, a professor of biomedical engineering at the University, has only recently confirmed that they can “read the brains” of the modified locusts. This is a critical requisite for using the short-horned grasshoppers to detect bombs.

“We didn’t know if [the locusts would] be able to smell or pinpoint the explosives because they don’t have any meaningful ecological significance,” Raman said in a press release from the University that comes via Forbes. “It was possible that they didn’t care about any of the cues that were meaningful to us in this particular case,” the professor added.

The team, which published its findings in Biosensors and Bioeletronics: X, was able to read the brains of the locusts and determine that they can, indeed, whiff out vapors from TNT, DNT, RDX, PETN and ammonium nitrate; i.e. popular chemical vapors produced by explosives.

In regards to the actual experiment, the locusts were placed in a box, and explosive vapors were injected via holes. The locusts, sat in tiny vehicles, were then driven around so they could sniff different concentrations of vapors. The scientists then literally figured out which scents the locusts were smelling based on which neurons were firing.

In the future, Raman says he and his team will be able to implant the necessary electrodes into the locusts so they can be sealed up and sent out into the field. “This is not that different from in the old days, when coal miners used canaries,” Raman said. The professor added that “It’s a similar approach — using a biological organism — this is just a bit more sophisticated.”

Can locusts smell explosives? Yes, and a team of researchers at #McKelveyEngineering have proved it.

They were able to hijack the olfactory system of a locust to detect & discriminate between different explosive scents.https://t.co/TGagifwYyj