It’s hard to remember the number of times we’ve wanted to shut up and have our money taken; especially when cool stuff for one’s desktop has been involved. But never before have we wanted to quiet down and present funds more so than with this bluetooth ferrofluid speaker from engineer and artist Dakd Jung. Too bad—for our desks, not our bank accounts—that it’s not for sale.

Digg picked up on Jung’s ferrofluid innovation, which the engineer-artist recently posted to his YouTube channel. In the video immediately below, Jung shows how he built the speaker using ferrofluid—a liquid consisting of iron-oxide particles, a carrier fluid like water or an organic solver, and a surfactant that binds the two together.

Jung shows how he’s able to get the ferrofluid to dance thanks the speaker’s inbuilt magnet. Because of those iron-oxide particles, the ferrofluid is easily influenced by electromagnetic fields. By adjusting the magnetic field strength of the inbuilt magnet, Jung’s able to induce different ferrofluid patterns; exploding the speaker’s featured blob in a different subset of shapes depending on the musical note. (A computer modulates the magnet’s strength, providing more or less current based on feedback from the speaker.) 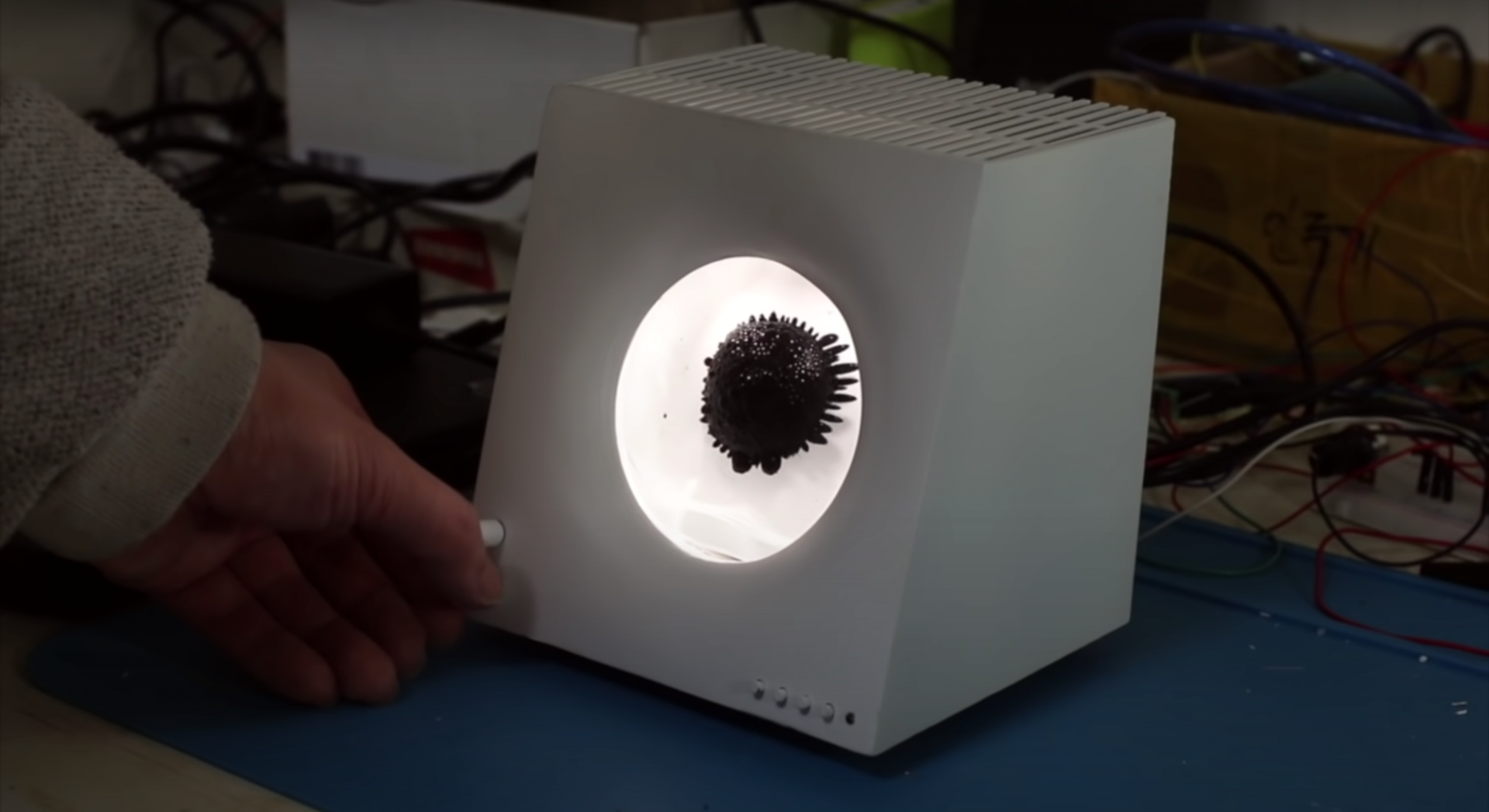 So far, Jung’s speaker has been a huge hit with his fanbase—indeed, they are also ready to meme away their money. Which is all the more reason Jung should investigate some kind of Kickstarter campaign. Or some other way to fund a genuine retail line of ferrofluid speakers. The engineer-artist has done countless other magical things with ferrofluid, and he already has the prototype done. Although producing complex objects on a mass scale is obviously difficult. And dealing with magnets can be a big pain. Still though, our desktops now feel frightfully blobless.