Jeff Barnaby might have just made the most topical movie on Earth…but that wasn’t the plan. Barnaby’s searing zombie flick Blood Quantum was born out of his love for the genre alone, but the timeliness of its arrival on Shudder during a global pandemic is not lost on the director. “I fell in love with zombies at a very early age,” Barnaby told Nerdist. “And I started getting the confidence to want to do a feature, and I wanted my first feature to be a zombie film. I think about all the great filmmakers that basically wet their feet doing zombie movies and it felt like just a fun thing to do. Little did I know…”

What began 13 years ago as just another zombie movie in an oversaturated horror market has evolved into a scarily prescient movie for our current moment. The simple but powerful premise was born out of trying to find originality in a zombie-weary world. “At the time it was like, well, everybody’s doing zombie films, how are you going to stand out?” Barnaby said. “And it was kind of this eureka moment where I said: what if the Natives are immune to the zombie plague? Then everything just kind of fell into place from that point on, and from there the film kind of wrote itself.” 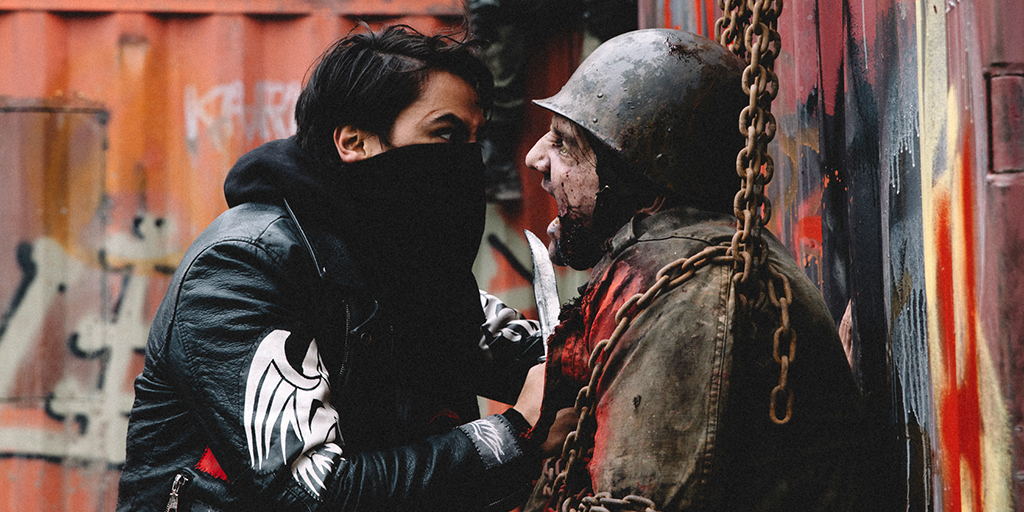 The action takes place on a First Nations reservation in Canada, where brothers Lysol and Joseph try to survive the aforementioned apocalypse. The real conflict comes as their tribe deals with the influx of the living dead and the white people who need refuge from the hordes of infected. Add Joseph’s pregnant white wife into the mix and you have a powder keg waiting to explode.

“It actually became more of an issue of what to keep in the script,” Barnaby said. “Once you let it out there, it was kind of like, well, it has to be a story about two people having a baby, because not only does it really lend itself to the zombie genre— a pregnant woman in the apocalypse—but it was a story about an interracial couple in a time when it was frowned upon. And it kind of alludes to the whole Blood Quantum law in the sense that if you have a child with a non-Indigenous person, then that child is going to be considered non-Native.”

Blood Quantum uses exploitation horror to explore everything from toxic masculinity to racism to living as an Indigenous person in a world ravaged by colonialism. When it ended up hitting screens during the COVID-19 crisis, it took on a whole other level of relevance and depth. “When it finally got released during the pandemic, all those things got exacerbated,” Barnaby said. “And then it became about the pandemic too. Again, you see all these parallel stories going on, like reserves really across the continent were blocking either tourists or non-residents from going into communities. So it became quite topical, while at the same time really talking about this long history of colonialism that turned into capitalism. 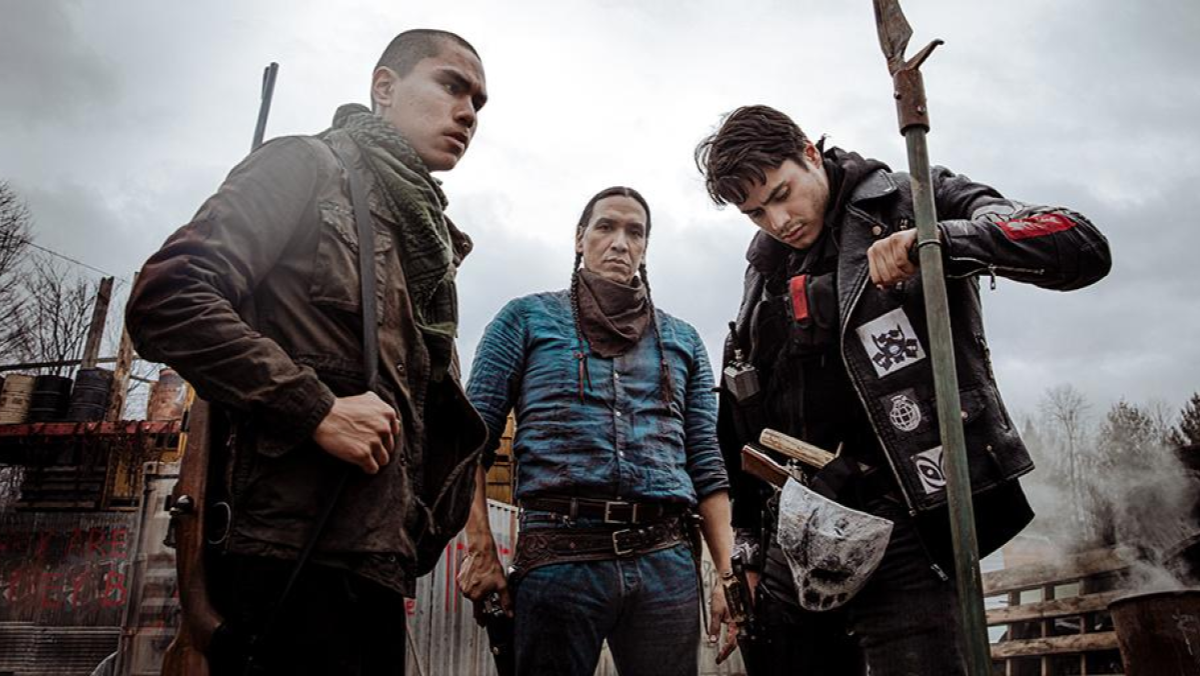 “It all really just became a perfect storm of all these ideas and all the politics, both external and internal and within the film, being just right on the nose,” Barnaby said. “At the time I was like, ‘Well, if Donald Trump gets elected, a lot of politics in the film are going to be quite exaggerated now, but it’d be good for the film.’ And this was before it turned into what it is now, this unprecedented horror show. So I just couldn’t predict it and I’m kind of reeling with how on point it is.”

Barnaby told Nerdist that he “didn’t want to reinvent the wheel” but saw the zombie movie structure as a great vessel for the story he wanted to tell. “I feel like because the ideas are so complicated, it was better to keep it in a vehicle that looked pretty familiar,” he said. “And to me that was either Night of the Living Dead or Dawn of the Dead, so it was just basically trying to combine the two moments of the outbreak. If you look at the film it happens over the place of two nights: the first outbreak and the second. It’s cool to see chainsaws, it’s cool to see axes. You know, essentially a siege film. And I felt like if you add this new layer and if you add this perspective of having an Indigenous protagonist and villain, that was enough to shift it.” 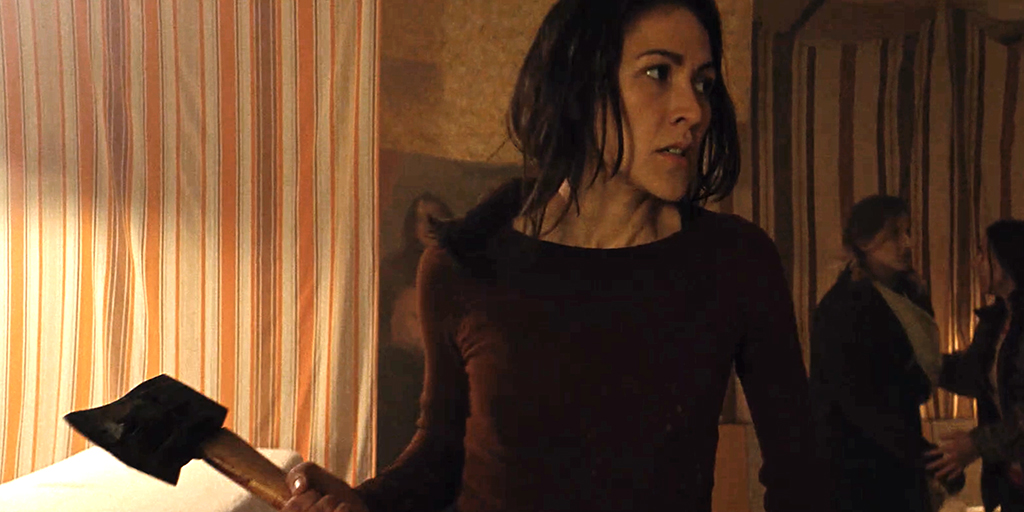 Director George Romero’s choice to cast Duane Jones as his lead in Night of the Living Dead laid the groundwork for weaving politics into the DNA of a zombie film, and it also made a huge impact on Barnaby. “I think Romero wrote the book on it, in the sense that he cast a Black man in a role that didn’t necessarily call for a Black actor, and by doing that it turned into this whole political statement,” Barnaby said. “I felt like to a certain extent you could do that with Native people too. Native people and their image in the media is already so politicized, so I felt like a lot of that baggage was already going to be brought to the screen. So when you’re in this position of carrying all this other peripheral bulls*** into your film, I find the best thing is almost to not acknowledge it.”

Barnaby’s entry in the zombie canon is  timely and politically resonant—even radical. But it’s also grimy and gory with a breakneck pace and visceral effects. However, making a low-budget horror flick filled with decapitated heads and bleeding bodies was no mean feat. “It was f***ing hard,” Barnaby said. “Doing effects is hard enough, but you’re doing effects in atmosphere, in an uncontrolled environment. A lot of this takes place outside. You never knew what the weather was gonna be. Today the f***ing set is covered in snow and yesterday it wasn’t. Or today we’re getting a flood or the f***ing blood is gonna freeze right on your face. So it was hard, and we didn’t have the budget to test on props or gags.”

The struggle didn’t make Barnaby love the process or the finished product any less. “The great thing about that is it kind of adds this really clunky aesthetic to everything that really makes it all feel a little bit more real,” he said. “We wanted to root everything in the corporal, the very real. Everything had to have a real meat and bones effect. Like that chainsaw to the face, even when I’ve seen it a million times, I still feel it crunch to the bone. It’s kind of weird. I was there, I saw how we did it. But even looking at it now, I’m kind of surprised at how well it worked.” 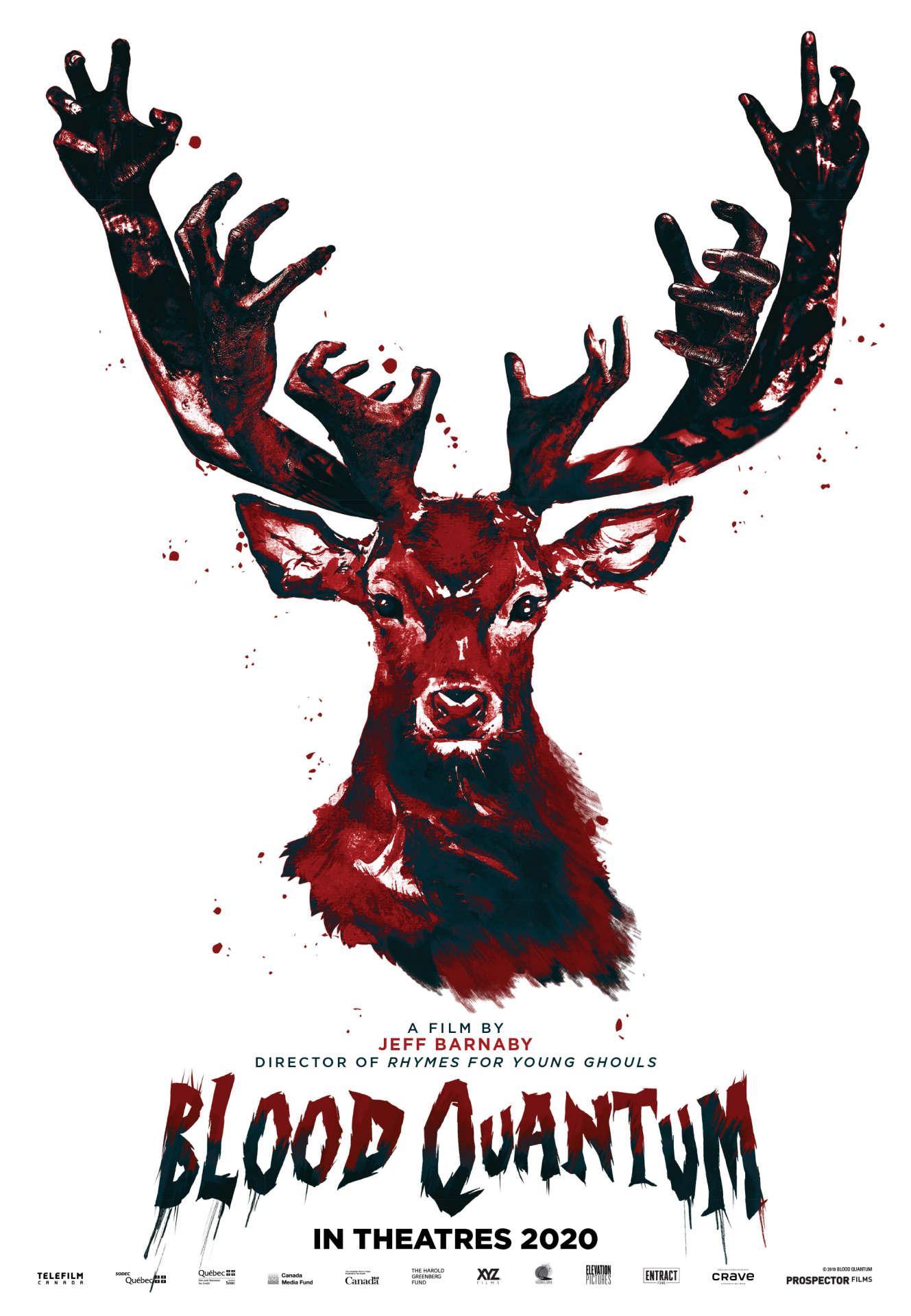 Barnaby classifies his work as “Native Exploitation,” an homage to the genre he loves as well as a response to the trap he feels like he falls into as a Native filmmaker. “It’s hard not making an exploitation film because it seems like all the politics of being a Native in the 21st century are always going to be relevant and pertinent because it always seems to be almost a life struggle. So I just lean into it. I figure that it’s gonna be there anyway, so why not build, you know, a genre around it almost?”

The director continued, “To me it was kind of unavoidable, so you start doing horror films, science fiction films, and then the films become fun. Making them is always hard. But they become fun. And that is part of the art of exploitation tradition too, in the sense that it doesn’t really take itself too seriously. I think you can walk that fine line where you can make a film that doesn’t take itself too seriously, but the politics remain.”

Horror fans everywhere are clamoring to know what’s next for Barnaby. It turns out he’s currently working on his follow up to Blood Quantum. “I’ve already started writing a cosmic horror thing about a young pregnant woman bringing her grandmother out of a quarantined city back to the reserve to summon a great old one,” Barnaby said. “I’m just starting to write it. You’re writing movies you want to see and I’ve always wanted to see a film like that. Because you see apocalypse films—everybody does apocalypse films, like aliens are coming or there’s a f***in’ asteroid. But why is it never Cthulhu rising out of the sea?”

You can watch Blood Quantum on Shudder now!